With most spas and salons offering waxing services, hair removal is one of the biggest industries today. But, though the industry is constantly growing, patrons are still conscious of their own privacy and believe that it should be done at home. To accommodate this, cosmetic companies have launched their own at-home kits for hair removal, which do not require the help of a professional.

However, how do you know if any of these methods are as effective as the hair removal treatments in a salon? 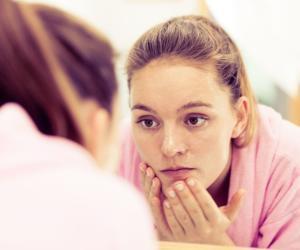 Where Are Ingrown Hairs Most Likely to Form?

This is an alternative to the more common laser hair removal you will find at your salon. Also, unlike the typical laser hair removal (which has one specific wavelength), IPL produces several wavelengths between 500–1,200 nanometers. These wavelengths of light are then absorbed by the pigment in the hair, and that turns to heat, which kills the cells responsible for the hair’s growth.

There are only a few companies that produce IPL devices because it’s a fairly new market. However, the products available are effective. Of course, it would take several rounds of IPL treatment to completely stop your hair growth, but they are generally effective at hair removal.

However, with IPL, it only works well with light-colored skin and dark hair. Darker tones absorb heat, while lighter tones reflect, so the contrast between light skin and dark hair must be present for the device to work properly. If there is little to no contrast, the light would be absorbed by the skin cells, causing scarring rather than hair removal.

How safe is IPL?

While there are a few companies that produce IPL devices, even fewer are approved by the authorities. To be safe, it’s better to go with what has been approved because they already have safety features. For example, the IPL device will warn you if it detects darker skin or brightly colored hair to avoid scarring.

Hair removal creams have been around for some time, and they are also very effective for removing hair. The only downside to these creams is that they do not remove hair from the root, so hair is likely to grow back quickly, prompting you to use the cream again quickly.

These creams are generally safe, though, except for a few reactions. To avoid that, try applying the cream on a small patch of skin, and see if your skin reacts to the cream. If the skin has a poor reaction, such as burning and becoming red, itchy or swollen, remove the cream immediately and thoroughly. Rashes and welts may also occur. If these side effects are present, do not continue using the cream.

If you have a fairly high threshold for pain, then waxing is the way to go. Waxing is very effective because it removes hair from the root, so it would take time for the hair to grow back. Plus, it creates a smooth surface.

Waxing is typically safe for most people. However, some professionals recommend getting waxing done by a person that is experienced with the process. Waxing can be difficult without help, due to the odd pulling motion needed to remove the strips. Additionally, some at-home kits may damage the skin. For example, the wax might be too hot, causing burns. If performed incorrectly, damage to the skin is likely due to the strength of the wax.

The top layers of the skin may become torn or damaged, which also increases the likelihood of an infection. Additionally, waxing should not be performed on certain areas of the body, such as the face or chin. While professionals may remove hair from these areas, it doesn't mean that you should do it at home. You can easily damage your blood vessels because these areas are so sensitive.

These, too, are generally effective, depending on the area you are shaving. Most razors have a flat head because they are meant to shave hairs off a flat surface, such as the face or legs. But, these aren't as effective for your underarms. For your underarms, you need a different razor, especially if you want to have a clean shave. Also, these razors usually only cut the top part of hair follicles, which means that the hair grows back quickly.

Despite being effective, razors have medical downsides. It's important to keep your razor clean to avoid any infections and you have to keep in mind that you can still cut yourself from electrical razors. Electrical razors, like anything else, also require maintenance, so be sure to read the razor's manual carefully.

While epilators are not new, many women are unaware of this option. An epilator is a device that plucks the hair being removed. Epilators often look similar to a razor; however, if you look closely, the head is very different when compared to one. Also, the razor's blades are covered by foil, while an epilator has a large number of tweezers. These tweezers are aligned in rows, and the rows alternate when the devices is turned on. Epilators can even work on wet or dry surfaces, so you can even use it in a shower if you want. An epilator aims to remove the hair from the root, so this method may provide longer lasting results. However, you may have to use an epilator a few times.

While an epilator may be a fantastic option for at-home hair removal, there are a few downsides. For one, the results are not immediate. Very often, multiple sessions are needed to remove the hair effectively. Additionally, an epilator may damage the skin. The tweezers of an epilator are fairly strong, and sometimes they will pinch and damage the skin, which can make it sore after it is used. This damage may make the skin prone to infection, which is common for most hair removal methods. Like a razor, an epilator also requires cleaning and maintenance. Another thing is that an epilator might be uncomfortable to use. Because the device plucks the individual hairs from the root, it is can be painful. And, epilators are typically used for large surfaces, like the legs. So, you might not have the pain tolerance required to use one.

Do Ingrown Hairs Only Form Due to Shaving?

5 Tips On Living With Ingrown Hairs

More from FindATopDoc on Hair Removal 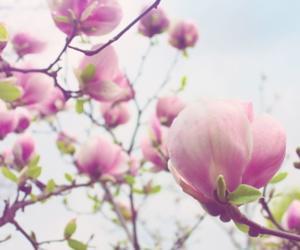 Is a Brazilian waxing safe?

5 Tips On Living With Ingrown Hairs

What are the Signs and Symptoms of an Ingrown Hair?