Depression is a mood disorder that causes an individual to feel sad, lonely, lost, angry, hopeless, or frustrated daily. These severe emotions can interfere with the individual's everyday life. For elders, depression can arise through hard life experiences, like losing a spouse, living with chronic diseases, or moving from a place that they once loved. All of these experiences can lead to depression.

People who are at risk of depression:

My adult son is obese and will not leave the house?

Depression, if left untreated, can last for several years, especially in older adults. This can result in physical and mental health issues. Seniors who are depressed may have strained relationships with others. Many studies show that depression in adults is the major cause of suicide in U.S. compared to other age groups.

The symptoms of depression in elders include:

Severe forms of depression can lead to psychotic issues, including hallucinations and delusions.

Diagnosis of depression in elders

This condition is often ignored in elders, due to a variety of reasons, such as:

Mental health assessments are the best ways to diagnose this condition in older adults. Doctors may also do a physical exam, along with the mental assessment. Physicians generally ensure that depression is not caused by any other underlying medical conditions, like stroke, dementia, hypothyroidism, or vitamin B12 deficiency.

Treatment of depression in older adults

Depression is usually treated with a combination of medicines, therapy, and counseling. Starting the treatment early is more efficient, and treatments for depression help to control other medical problems that are common in elders.

While using any prescribed antidepressants, an individual must understand that:

For how long does a course of treatment for depression...

How can I manage my father's depression? 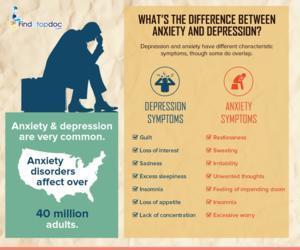 How are you tested for depression?

What medication is best for depression?

The Very Real and Deep Depression Often Associated with Diabetes