Sunless tanners, or self tanners, that provide a fake tan reduces the exposure to UV radiations considerably, according to a new study published in the journal, Archives of Dermatology. Using creams and sprays that provide the fake tan cuts down the sunbathing and tanning bed use. According to researcher Suephy C. Chen, MD, associate professor of dermatology at Emory University School of Medicine, use of sunless tanners affects the sunbathing behaviors and decreases the number of visits to the tanning booths. About 37% of the participants in the study who used these products reported to have lesser sunbathing time while 38% of those who used self-tanners and tanning beds reported to have lesser number of tanning bed sessions.

“Dermatologists do not have a consensus regarding recommending sunless tanning, as some of them believe that promoting that would send a wrong signal that tanning is OK”, says Chen. Some are of the belief that many people who do not want to give up tanning should be given an option which does not carry the risk of skin cancer. In her study, Chen show that 93% of the people feel tanned skin looks better than pale skin. Around 80% of the people feel better about themselves when the skin is tanned. 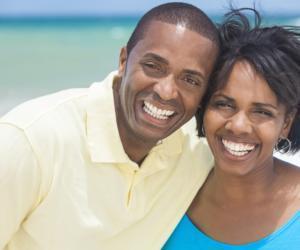 Do I Have a Vitamin D Deficiency?

According to the American Cancer Society, about 2 million cases of non-melanoma skin cancer are reported every year and in 2010, more than 68,000 new cases of this life-threatening cancer were found. The objective of the study was to find whether use of sunless tanning products reduce the exposure to UV radiations. In this study, Chen interviewed women in the Emory University campus and surrounding areas who had fair skin. The average age of the participants was 28-years-old. Of all the participants 201 women used sunless tanners, while 214 did not have the habit of using it. The average age of the self-tan users was 27-years-old.

Women who used self-tanners were also likely to get tanned by the exposure to sun and tanning beds. According to the study, the more they used the self-tanning products the lesser they used the sun bathing or tanning beds. The type of products used in the study was not mentioned. There are sunless tanning products which could be used at home and some which are used as spray tans in the salons. Only women were included in the study as they were the primary users of the products.

According to Jeffrey S. Dover, MD, an associate clinical professor of dermatology at Yale University, a dermatologist and spokesman for the American Academy of Dermatology, this is a powerful study and welcome news when the number of skin cancer is on the increase, especially among the younger people. One of the findings of the study that most of the women feel better with the tan is an important note for the dermatologists, he feels. He claims that dermatologists need not stop them from having a tan but point to a method that is safer. They can explain that sunless tanning is safe while over exposure to the sun and tanning beds is not.

Barbara Reed, MD, a Denver dermatologist and clinical professor of dermatology at the University of Colorado Hospital, Denver, cautions that some of the self-tanners cause rashes in the skin. Further, FDA cautions the users of sunless tanning products not to inhale the tanning creams and lotions.

The most active ingredient in the sunless tanning products is dihydroxyacetone. This chemical reacts with the cells of the outermost layer of the skin to give a temporary darker color.

Children Who Have Low Levels of Vitamin D Are at Risk...

What really is the ideal vitamin D level?

Does sunscreen prevent me from absorbing vitamin D? 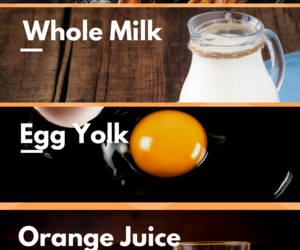 The Link Between Vitamin D and Neuropathic Pain

What really is the ideal vitamin D level?