What is plastic surgery?

Plastic surgery mainly involves the reconstruction, restoration, and alteration of the human body. There are different types of surgical procedures that can be performed in plastic surgery.

How long do nose jobs take?

People have been undergoing plastic surgery for many years now. Many have had life-changing experiences and benefitted greatly from plastic surgery. The surgery has evolved tremendously over the years. Developments in technology and medicine have paved the way for great advancements in the world of plastic surgery.

Many people from around the world often fantasize about changing the way they look. In many cases, people that are interested in undergoing a procedure have no idea where to start. In other cases, they may be interested in having plastic surgery performed on a certain area but they are unsure if it is even a procedure that is available. Here are the different types of plastic surgeries that can be performed.

It may sound like an abnormal procedure to many, but eyelid surgery is considered one of the most effective, and common, types of plastic surgery. It is also referred to as blepharoplasty. The main objective behind eyelid plastic surgery is to restore a fresh and youthful appearance to the face.

Blepharoplasty is performed by removing a small section of skin from the face that is especially close to the eyes. This is mostly the sagging skin around the eyes. According to statistics, eyelid plastic surgery is mostly performed on aging people. As an individual begins to age, the skin begins to loosen. As a result, the skin is saggy around the eyes, which only makes the individual appear older than they truly are.

Examples of eyelid plastic surgeries are:

This procedure will eliminate unsightly wrinkles on the forehead. A forehead lift is performed to remove sagging eyebrows, furrows, and frown lines that may appear deeply on the face. This type of plastic surgery is referred to as Browplasty or brow lift. There are a number of benefits that come with this surgery. People who have undergone a forehead lift will have a sharper face and a younger look.

A common concern with this procedure is the scarring. After the forehead lift, the scar will draw very little attention. In most cases, the scars are even covered by the hairline.

Some people are just unhappy with their face. They feel deeply insecure about what they see in the mirror. This is where facial implants come in. There are multiple parts of the face that can undergo plastic surgery. This procedure can not only alter the shape of the face, but also the look.

In other cases, people undergo facial implants for purposes of self-expression, to portray a message or symbol. This is achieved by adding other features beneath the face. Horn implants for example.

Breast surgery is one of the most common plastic surgeries performed in the modern age. Breast surgery is not exclusively performed on women. There are many men who undergo the surgery as well. However, this depends on the goal of the procedure.

Breast surgery can be performed in three ways, with different objectives. One of these is called breast implants. This is commonly known as breast enlargement surgery. During this procedure, an incision is made in the breast region. Following the incision, the implant is inserted around the breast. This will achieve a bigger and fuller appearance. For women who are afraid of scars, an incision can be made beneath the arms. It can also be done on the belly button to reduce the scars visibility.

The second type of breast surgery is breast reduction. This surgery is performed to reduce the size of the breast. It will bring relief to the patient and reduce strain on the body caused by the overly enlarged chest.

The third type of breast surgery is the procedure that lifts sagging breasts. This makes your chest look much smaller and gives the body a younger appearance. It is important to remember that breast implants require replacement at intervals of 10-15 years.

The facelift, also known as rhytidectomy, works by lifting and tightening lose and sagging skin. This is to make the face appear more youthful. The surgery also restores sagging jowls, sagging cheekbones, and abnormal jaw lines. Facelifts will require professionals that can perform the procedure with great care. If the surgery is performed incorrectly, you may end up with skin that is overstretched. There are also different types of facelifts. The full facelift and the mini-facelift. A facelift is not permanent and will require further surgery after 10 years.

Sometimes a person may have a nose they are unhappy with or feel it draws a lot of unwanted attention. In such cases, one will often have diminished confidence and low self-esteem due to feeling as though they lack an attractive appearance. If this is something you are experiencing then a nose job may help. Rhinoplasty targets the alteration of your nose size, shape, and look. Experienced surgeons perform nose surgeries to narrow, widen, shorten, or even flatten noses. These types of procedures are performed with great care to avoid any errors. If performed correctly, it is difficult to notice if someone has undergone plastic surgery.

Body contouring is performed mostly on people who are attempting to lose weight fast. Most seek this procedure when they are unable to lose weight through conventional methods. It is also performed on women who have given birth recently. The surgery is known to include three body parts. These are the buttocks, thighs and the waist.

When a person undergoes this surgery, experts will remove excess skin and fats from the body to give it a firm and attractive figure. This type of plastic surgery has impressed those who suffer from sagging skin. They feel their way of life would improve by reducing the sagging skin. However, the disadvantages of this surgery is that it can leave a larger scar on the body than other surgeries previously mentioned.

Plastic surgery is quickly becoming the popular means of people dealing with the signs of aging. It is also being used to improve facial features. These procedures are praised as effective due to their great results.

However, it is important that you consider any effects that can accompany a plastic surgery before you decide to undergo a procedure. Scarring on the body for example.

How painful is a brow lift?

What is the safest procedure to get rid of neck fat?

The Art of Setting and Managing Patient Expectations...

More from FindATopDoc on Plastic Surgery

Can a rhinoplasty make nostrils smaller?

How is eyelid surgery done? 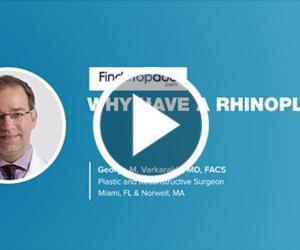 Spotlight Video | Why Have A Rhinoplasty? | George...

How do you get rid of swollen eyes after rhinoplasty?

How long does a neck lift last?

How painful is a neck lift?