Tim Conway's family recently went public with his diagnosis, after keeping his treatment private for many months.

A person's age or status does not matter when dementia is in the picture. Dementia is a blanket term for deterioration in mental and cognitive ability. Over time, dementia can progress enough to interfere with someone's daily life.

Most forms of dementia are progressive disorders, meaning that symptoms gradually worsen. It typically is caused by damaged brain cells, which can affect someone's thoughts, emotions, and behaviors. There are several different forms of dementia, and each of them is associated with a specific region of the brain.

Tim Conway: A funny man with a big heart

Conway was the bumbling Ensign Charles Parker, Executive Officer of the World War II PT-73, a comedian who made audiences laugh as the side-kick of Carol Burnett, and Dorf in a series of how-to videos, such as “Dorf On Golf.”

He brought so many memorable moments onto that show that really helped him leave his mark. Remember the one show where he accidentally injected Novocain into himself as he struggled to treat a patient (Harvey Korman)? Conway’s bumbling around the office, trying to talk, and finally falling to the ground caused the entire cast and audience to bend over with laughter.

He was the bumbling Ensign on McHale’s Navy from 1962 to 1966 where he contributed to the misfit PT boat’s crew and their misadventures in the South Pacific during WW II.

Conway got into comedy when he performed comedic skits between morning movies on CBS and later with Rose Marie on The Steve Allen Plymouth Show in 1956.

Conway and his “commander” Ernest Borgnine were neighbors and friends until Borgnine passed away in 2012 at the age of 95. Conway and Borgnine worked on the cartoon SpongeBob Square Pants for 13 years as Mermaid Man and Barnacle Boy.

Harvey Korman, Conway’s friend and co-star on the Carol Burnett Show (1967) said of Conway, “he was one of the brightest people I’ve ever met., but the man could not tie his own shoes. He looked at life an entirely different angle.”

Conway said about himself, “People thought that I was kidding when I would read out loud in school, so they started laughing. For instance, the book "They Were Expendable" I read as "They Were Expandable". People were going, "This guy is great! Expandable! What are you talking about, rubber people?" I thought, "I must be funny, so I might as well continue with this."

Everyone who knows of Tim Conway also knows that he is one of the funniest men alive. And, at age 84, he now suffers from dementia.

His diagnosis was a secret until recently

Conway’s dementia was a closely guarded secret for many months after his diagnosis, but it became public knowledge as his daughter, Kelly, confirmed reports of his rapid decline.

Kelly has gone to court in California to become her father’s conservator. At this moment, she believes that she needs to be in charge to make his medical decisions for him. In court papers, Kelly says that Conway is “almost entirely unresponsive.”

The papers allege that the comedian’s second wife, Charlene, wants to have Conway moved from a skilled nursing facility to another facility that does not provide a high level of care. Kelly is seeking conservatorship because she fears that Charlene will not provide Conway the proper care he needs.

Kelly states that her father is in a wheelchair, and he is having issues performing basic tasks, like bathing, getting dressed, and eating. Conway is also unable to communicate and suffers from fluid in his brain. He has no ability or willingness to talk and gives no sign he even comprehends what is going on around him.

According to statements from Kelly, her father needs to stay in the same nursing facility where he receives care 24/7.

Lawyers for Charlene Conway state that she is devoted entirely to her husband, and that she has no plan to move him out of the nursing facility where he is currently residing.

Mr. Harris, Charlene Conway's lawyer, states, “Her concern now is for Mr. Conway to receive proper physical therapy so that he can better improve neurologically. It is my present belief that Mrs. Conway, my client’s wife, is an adequate and appropriate steward of her husband’s well-being and that her motives regarding Mr. Conway are in his best interest.”

Guardianship or becoming a conservator gives the guardian the legal right to make decisions on behalf of a parent who is suffering from Alzheimer’s or dementia. To obtain a guardianship, it must be achieved through a court proceeding and granted by a judge. Testimonies from the patient’s doctor and other experts are requested to collaborate the need to change guardianship.

The Alzheimer’s Foundation explains further that courts are cautious to examine the actions of a guardian since guardianship includes management of personal finances and decisions about medical care.

As baby-boomers age and people are living longer, more Americans will suffer from some form of dementia. According to the Alzheimer’s Association, some 16.1 million Americans are now caregivers to loved ones with dementia or Alzheimer’s and the number is only going to increase. Decisions will need to be made about long-term care, insurance for long-term care, and the ability of caregivers to provide care.

Almost six million Americans are suffering from some form of dementia, and this number is expected to reach close to 14 million dementia patients by 2050.

The cost of memory care in an assisted facility or nursing home is prohibitive. These costs can be upward to $10,000 per month. An amount this high can quickly drain savings, even for someone with substantial assets. With high figures of care in mind, it is vital for families and caregivers find the best and most efficient nursing care for their loved ones suffering from dementia.

Study Suggests that Lupus Patients Are At Risk for... 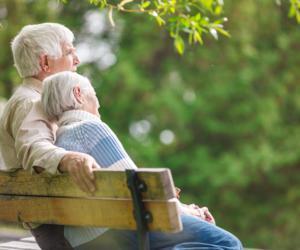 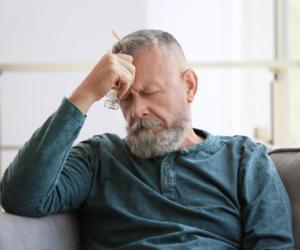 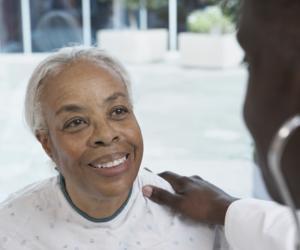 Hospital Outcomes Proven to Be Worse for Dementia Patients