MMA Fighter Jordan Williams has type 1 diabetes, but he is not going to let it ruin his career.

MMA fighter Jordan Williams is a rising star in the fight cage, but he also faces another fight of his own: type 1 diabetes.

Is it normal to gain weight while on an insulin pump?

However, Williams doesn’t think his diabetes condition as a roadblock in his big fight. He told MMAjunkie, “Now people are seeing the work I put in there. They’re supporting my dream now. It’s a good feeling. Now when I go into this fight, it’s like, ‘Hey, if you thought what I brought into the cage was scary last time, I have so much more support this time.’ I’m bringing all the county inside the cage with me. I feel the love.”

Jordan Williams has type 1 diabetes, and like other patients, he knows that he has to be very careful with what he eats and how much insulin he takes.

Williams knows that type 1 diabetes and type 2 are serious autoimmune diseases. Your body is killing you from the inside, and at times it’s hard to fight another fighter when you are fighting yourself simultaneously. But he believes it's doable. He looks at himself in the morning and says to type 1 diabetes, “Screw that, you are not slowing me down, and I am not slowing myself down. I’m using this to get further in life. I’m going to gain from my pain.”

Him, his family, and friends know that he's a champion. He fights in one of the world’s largest platforms and competes with the best. Jordan Williams also contends in life. He knows when the heavy feelings in your arms and legs indicate your blood sugar is too high. He knows when he feels bloated, he can’t work out. Jordan Williams knows if his blood sugar is too low he needs to get some sugar in his body immediately. And his answer to all of these problems is: do it, and then get back in the cage.

Jordan Williams was a 19-year old college student when he was diagnosed with type 1 diabetes. Williams was in the middle of wrestling season, and he knew his symptoms were signs of something wrong.

“I was competing at 174 (pounds), I’d weigh 178, and I could not lose those last four pounds if my life depended on it,” Williams said to MMAjunkie. “I was literally dying, and I had no idea.”

Williams’ symptoms included sudden weight drops and waking up seven times a night to urinate. He looked so sick, that those around him asked if he was on drugs. And, Williams was moody. He lashed out at his baby brother for no reason, he was overly tired, and his body hurt.

A friend training in a medical assisting program who had a diabetic grandfather suggested for Williams to take a blood test. His blood sugar levels were at 465, and normal is between 90 to 120.

His friend told him he might have diabetes, and Williams was scared to death. He had no idea what diabetes was.

Williams explained that you usually discover if you have type 1 diabetes when you are a kid. You don’t know what is happening at that age, but you have a family to help you. You learn how to live with it. But when you are 19, you already have a life. You love to eat pizza, carbs, and sugary foods. Williams was excited to start drinking with his friends when he would finally be 21. However, he had to rethink his lifestyle.

Williams took some time, but he learned that with management, he could drink a little and still work at being a high-level athlete. Diabetes could take his life, but it was up to him not to let that happen.

Weight management was a difficult challenge for Williams. “As a diabetic, you’ve got to think like this: When you exercise, your blood sugar drops,” Williams said. “So what do you do when your blood sugar drops? You have to raise it. Or else, I can drop to a diabetic coma or a diabetic seizure. So what I have to do is drink a sugary drink. I could eat something, but juice and sugar in a liquid form raise your blood sugar quicker and goes through your body quicker.”

Williams realizes that when managing his weight, he might have to “take two steps down for every step up.” It gets challenging to manage his weight to fight in the different weight classes, but he knows he can be a healthy diabetic while fighting

Williams emphatically says that he made a choice to go into the sport and he will be the one to decide when he goes out. Being a professional athlete has helped him to be expert about how to manage his health.

But just because he has control now, doesn't mean that he's not learning how to take care of himself still. Just a few months ago, William was throwing up for two to three days straight. He claimed it was alcohol poisoning, and he thought he would be okay. He finally went to the hospital and discovered he had diabetic ketoacidosis or DKA, which could be a fatal complications of type 1 diabetes.

Williams spent two weeks in the hospital. While in the hospital he complained about chest pains and doctors discovered the vomiting caused a wound on his esophagus. They operated and fixed it, it was tough, but he made it through.

Family and friends had conversations with Williams about his future as a professional MMA fighter, but he just said, “I decide when I get out.”

The challenge of getting healthy and back into fighting was hard. Williams’ family and the medical team were telling him he could not compete for some time, and he was scared that MMA fighting would be taken from him.

But nothing would keep Williams down. He went back into the fighting cage despite the odds. Williams said, “I made it through, and I’m just taking it as a reminder of the opportunity that I have – not only the opportunity that Bellator is giving me but the one that I’m presenting myself if I stay on top of my game.”

This health scare was only one of many roadblocks Williams would go through over the years. He’s lost fights that did not go his way, but because his good friend, coach, and trainer, Terrell, he's very involved in the sport. He works hard as a roofer during the day, has sponsors that help him pay his bills, and focuses on training, resting, and getting on top of his health.

Terrell is more than Williams’ partner in sports. He constantly checks in on Williams to make sure he is eating right and taking care of himself. Terrell and Williams know how dangerous diabetes can be if it’s not managed properly.

He adds to MMAJunkie, “But every day, most people don’t die because they regulate, and they take care of themselves.”

Williams knows type 1 diabetes, and type 2 are serious diseases. He knows those with diabetes are being killed from the inside, but he also knows that you can do anything if you manage diabetes properly.

Will my diabetes go away if I start eating right?

What's the life expectancy of a child with type 1 diabetes?

Can young people be diagnosed with diabetes? 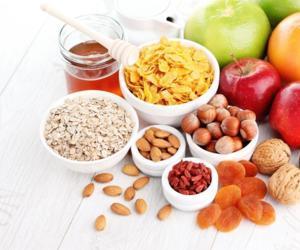 Type II Diabetes: What to Eat 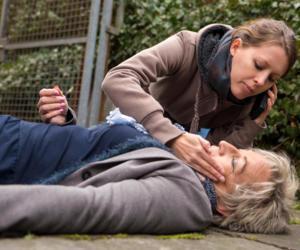 Diabetes Patients at Higher Risk of Suffering a Stroke

My mother's sugar levels are dropping, what could be the reason?

Why does my mother have fluctuating diabetes levels?

My mother in law is having a low appetite and feels nausea even when she eats little. Why is it happening?