On December 17, actress and director Penny Marshall died from complications associated with diabetes.

Best known for her role as Larverne DeFazio, actress and director Penny Marshall captured American audiences’ hearts. Marshall saw a lot of success throughout her career. She was the first female director to ever gross more than $100 million with her movie “Big,” starring Tom Hanks. Another film  “A League of Their Own” grossed more than $100 million. She also directed the films “Awakenings” and “The Preacher’s Wife.” 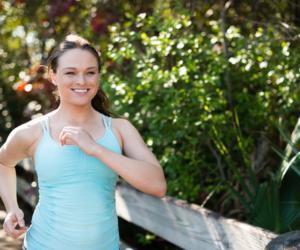 Useful Tips for Working Out with Diabetes

On December 17, Penny Marshall died due to diabetes-related complications. Her publicist released a statement that confirmed that she died in her home at Hollywood Hills, Monday night. Marshall was 75 years old.

Her family released a statement shortly after the news broke: “Our family is heartbroken over the passing of Penny Marshall.” They also described her as “a tomboy who loved sports, doing puzzles of any kind, drinking milk and Pepsi together and being with her family.”

They went on to say, “Penny was a girl from the Bronx, who came out West, put a cursive ‘L’ on her sweater and transformed herself into a Hollywood success story. We hope her life continues to inspire others to spend time with family, work hard and make all of their dreams come true.”

“Laverne & Shirley” was an instant hit that ran from 1976 to 1983. The show was created by her late brother, Garry Marshall, and viewers watched two blue-collar women navigate as bottle cappers in a factory at Milwaukee. “Laverne & Shirley” was meant to be a spinoff of “Happy Days,” however, the show evolved into its own entity and became a classic.

Not only was she a part of “Laverne & Shirley,” she also starred and featured in sitcoms like “The Odd Couple” and “Happy Days.” After that, she transitioned to directing. While she directed a few episodes of “Laverne & Shirley,” she also directed major films. Her first major film starred “Jumpin’ Jack Flash,” which starred Whoopi Goldberg, who later won an Oscar. Two years after that, she directed “Big,” which has become one of her most notable works.

Most would call her rise to fame unlikely. In her memoir, which was published in 2012, Marshall discusses how she was a divorced single mom during the 1960s before she went out West to Hollywood. In an interview with CBSN, Lauren Zima, an anchor of ET Live said, “Her legacy was one of a woman who touched every corner of Hollywood—TV, film, and both on screen and behind the camera.”

How did Marshall become so successful? In an interview with Reuters in 2012, Marshall said that the key to her success as a director was not being afraid to try anything and not being afraid to ask for help when she needed it.  “I talked to my crew and said, ‘Just tell me the truth.’ I turned to the crews and asked them for their help,” she said in regards to her classic film “Big.”

She didn’t stop directing after “Big.” With Robert De Niro and Robin Williams, her film “Awakenings” earned three Oscar nominations, including Best Picture. Marshall is also the second female director who had three or more Oscar nominations at one time.

In the 90s, Marshall directed a few more films, including her 1992 hit “A League of Their Own.” “A League of Their Own is an inspiring story of baseball during World War II. Women filled in for the men fighting overseas. This film starred Tom Hanks, Geena Davis, Lori Petty, Rosie O’Donnell, and also Madonna. However, in the 90s, she also produced films as she slowed down her work as a director. The last film she directed was a documentary called “Rodman,” which is in post-production and supposed to come out next year.

She was married twice. In the early 1960’s, she was married to Michael Henry, and then after their divorce, she married a fellow director, Rob Reiner. Her and Reiner were together for most of the 1970’s before their divorce. Marshall is survived by her sister Ronny, her daughter Tracy (who was also in a “League of Their Own”), and three grandchildren, who are named Spencer, Bella, and Viva.

Penny Marshall’s death was due to complications of diabetes, according to her publicist. According to The Hollywood Reporter,  she also battled lung and brain cancer in 2009.

Two of the most common types of diabetes are type 1 and type 2. Both are chronic conditions, however, they differ in how they affect the pancreas. With type 1 diabetes, the pancreas either produces little to no insulin. With type 2 diabetes, your body doesn’t use insulin properly, which affects how it processes blood sugar (glucose).

Symptoms of diabetes include:

Many of the symptoms are mild, and some diabetic patients might not even know that they have the condition. Early detection and intervention of diabetes is the best way to reduce risks associated with the complications. Sometimes, type 2 diabetes can be managed by controlling your blood sugar with a healthy diet and exercise. A doctor may also prescribe medications or insulin so you can meet your optimal blood sugar levels. The condition can easily get worse over time. Even if you didn’t take medication at the time of your diagnosis, it doesn’t mean that you won’t in the future.

Diabetes can affect multiple organs in the body, including the heart, blood vessels, nerves, eyes, and kidneys. Many of these complications develop progressively, but they may also be life-threatening. Some of the complications associated with type 2 diabetes are:

The best way to prevent any of these complications is to control your blood sugar.

Penny Marshall as an inspiration

Penny Marshall inspired many women and artists throughout the United States. In an interview with the Today Show, her co-star in “Laverne & Shirley” Cindy Williams opened up about her time with her good friend on the show, “What an extraordinary loss. My good friend, Penny Marshall is gone—one in a million [...] Utterly unique, a truly great talent. And, oh what fun we had! Can’t describe how I’ll miss her."

Will my blood sugar levels reduce if I exercise and...

Can one be diagnosed with both type 2 and type 1 diabetes?

What can be the risks involved in an endodontic surgery?

How is diabetes diagnosed in children?

The Emotional Rollercoaster of Diabetes