When this television star was getting back in shape, he found out that he suffers from sleep apnea.

Obstructive sleep apnea affects as many as 22 million Americans, including stars like Michael Weatherly. Although snoring, choking and restless sleep is not high on the list of topics to chat about in interviews, recently, Weatherly, a television actor who is best known for past roles in shows like NCIS and Dark Angel,  and is now the lead in the show Bull, changed all that when he disclosed to People magazine that that he actually had sleep apnea. 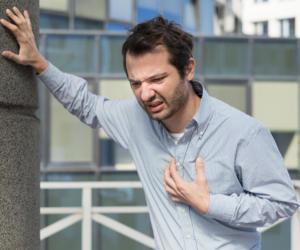 Does Sleep Apnea Cause Panic Disorder?

Sleep apnea is a disorder that causes people to stop breathing when they sleep, leading to a number of very dangerous health complications. Basically, when someone has sleep apnea, the soft palate at the back of the throat collapses and that causes the tongue to fall back to fully or partially block the airway. As the name of the disorder suggests, this happens during sleep. Depending on the severity of the sleep apnea people can have anywhere from 5 to 30 episodes where their breathing is interrupted per hour. One of the biggest telltale signs that someone has sleep apnea is snoring.

That’s exactly what happened with Weatherly as he gained weight. He ended up at 250 lbs, and his snoring got more out of control. To avoid disturbing his wife, Weatherly says that he spent a lot of time on the couch and in other beds in his house.

One of the biggest complaints for those who are dealing with sleep apnea is living in perpetual sense sleep deprivation mode. Think about it, if someone ‘stops breathing’ 30 times in an hour, their body will never be able to fall into REM sleep cycle. That’s the cycle that provides the body and the brain the rest that it needs to function normally. That means daytime fogginess, headaches, jumbled up memories or thoughts, losing the ability to process and retain information and a whole slew of other issues.

Aside from sleepiness and fogginess that comes with poor sleep hygiene, someone who is dealing with untreated sleep apnea is also at a very high risk of developing serious complications, including heart disease.  In fact, someone with sleep apnea has up to a 68% higher chance of developing coronary disease than someone without. Part of that reason is because those with the disorder also have to deal with elevated blood pressure. That’s a pretty scary statistic for someone like Weatherly, who just turned 50 and is enjoying life with his wife and two kids and an extremely successful career.

So what causes sleep apnea?  Like many other disease and disorders, it doesn’t discriminate from regular folk or the film and televisions stars. For children - because yes, some kids have to deal with sleep apnea, it can be caused by enlarged tonsils, adenoids and even things like a large overbite.  For adults, often times, the root cause of sleep apnea is excess weight and obesity.

As Weatherly described during his interview with People magazine, as he continued to gain weight his sleep became more affected. It’s important to mention that while losing weight will provide some relief it will not necessarily cure the sleep apnea and other treatment options will be required. To get an accurate diagnosis, those who suspect that they may have sleep apnea need to be go through a series of tests, including a sleep test at a specialized sleep clinic.

What about treating it?

At the moment, there is only one way to successfully treat sleep apnea and that is through the use of a CPAP machine.  CPAP stands for continuous positive airway pressure. What happens is that before bed, the patient puts a mask that either covers their nose or their nose and mouth. This mask will push a continuous stream of moist air into the patient, keeping the airways open and allowing them to fall into a deep sleep.  More importantly,  it prevents the soft palate from collapsing and reduces the apena episodes as well as the snoring. While it's far from sexy, the CPAP machine helps sleep apnea sufferers like Weatherly get a good full nights rest.

Another way to help deal with sleep apnea and its effects is to workout and lose weight. Getting in shape played a big part in Michael Weatherly learning to live with his sleep apnea.  Now that he is 50 years old, he recognizes the positive impact that losing weight and working out has had on his life.  He is able to enjoy his kids, his job and get a good night’s sleep. In fact, changing his perspective on life, starting to work out and losing weight all lead to his being diagnosed with sleep apnea which resulted in him using a CPAP machine and finally - after a very long time - getting a good night sleep.

Anybody who suspects that they may have sleep apnea should reach out to their medical provider immediately.  While snoring may seem more of an inconvenience than anything, it’s actually a sign of something much more serious. The one good thing of having to deal with sleep apnea is that the treatment, while far from sleek and sophisticated is easy and effective immediately. This means that from the first night that mask is put on, the patient will reap benefits.

Weatherly likes to talk about how when he sports his mask, his kids compare him to Darth Vader - complete with the ‘breathing sounds’ that come from the white noise that is produced by the oxygen.  Grandmothers and mothers have been saying it for years “a good night’s sleep can make anything better.”

In the case of sleep apnea, it’s true. A good night sleep that isn’t interrupted by snoring, gasping breaths or choking can ensure that someone is capable of functioning normally.  Without the heavy cloak of exhaustion from sleep apnea, Weatherly feels like he can conquer the world. This is pretty evident when thinking of his continued success in television.

Is sleep apnea dangerous in children? 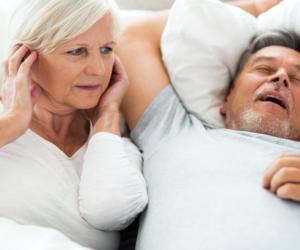 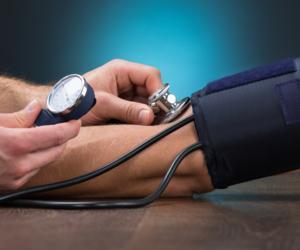 Can Sleep Apnea Cause an Irregular Heartbeat? 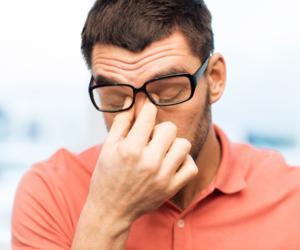 Not Feeling Quite Right: How Sleep Apnea Affects the...

The Negative Impact Sleep Apnea Can Have on a Child's Memory