In an interview with GQ, Nick Cannon describes the guilt he feels whenever he experiences a lupus flare.

Even though patients change their lifestyle, have a good diet, and exercise daily, they still may not experience any change in their chronic illness. The guilt that follows an unsuccessful change can be enormous for those with a chronic illness, and celebrities are not immune to this guilt as well. 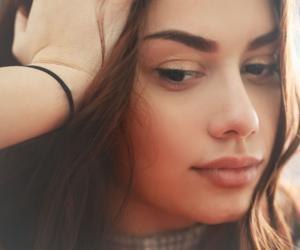 Guilty feelings lead to stress and anxiety about your condition, and this will bring on flare-ups. Chronic illnesses are different for everyone, and it is absolutely normal to have flare-ups even when you have done your best to avoid them.

Nick Cannon is an American rapper, comedian, actor, director, film producer, screenwriter, entrepreneur, record producer and radio and TV personality. Yes, he is a very busy guy. Remember watching Cannon as a teenager on All That? He went on to host the Nick Cannon Show and Wild ‘N Out, as well as act in Drumline, Love Don’t Cost a Thing and Roll Bounce.

What you might not know about Nick Cannon was his hospitalization on January 4, 2012, for treatment of mild kidney failure and then on February 17 due to a pulmonary embolism. In March of 2012, Cannon announced his kidney problems were due to lupus nephritis.

Cannon has developed an exercise and diet plan that works for him. In an interview in GQ, the rapper talked about the last time he had a flare-up. Cannon candidly answered that flare-ups are his fault.

He said, “I’ll be feeling so good that I’ll slack on my regimen a little bit. You know, I’m supposed to drink two gallons of water a day to take my vitamins and my medicine properly,” he said. “I’m supposed to stay on a pretty strict diet. But then when I’m feeling good, I’ll slack off on that stuff.”

A few months ago this year, Cannon woke up and couldn’t move. He had been working hard and not drinking enough water.

“It took me about an hour to get out of bed. I knew that was the beginning of a flare-up. So I got my act together and took a rest day,” he said. “I did some meditation, and some yoga, and got back on my hydration game. All the things I should’ve been doing in the first place.”

When Cannon was first diagnosed with lupus, his flare-ups were challenging. He had to undergo blood transfusions and chemotherapy to calm these flare-ups down. He remembers those times when he had excruciating pain with lupus when getting up was challenging. Now he realizes that every day, he wakes up pain-free is terrific.

Cannon quickly learned that stress causes his lupus symptoms to flare up. With that in mind, he works to keep a stress-free life by surrounding himself with a support system. Cannon also has meditation apps on his phone and three times a day he sits in silence to clear his mind and get rid of stress.

Others with lupus say it is difficult not to feel guilty when you have a flare-up. You need to remember that chronic illness is challenging to manage, and you shouldn’t beat yourself up if you have a setback.

Mighty contributor Elizabeth Auwater shared her thoughts on guilt: "Tell yourself, 'It’s not my fault.' It’s not your fault. Our bodies aren’t 'normal.' They won’t react to life normally, and that is OK. We will struggle. It will be harder for us than other people, but that doesn’t mean we failed. It just means we are different. It means we can understand when others are frustrated when life doesn’t make sense because this is our normal. It is OK that we don’t understand completely and that our bodies don’t make sense sometimes. That is no reason for us to hate ourselves, even torture ourselves to try to find out how to fix it."

Celebrities advise how they manage their chronic illnesses, but note that their situations are very different from yours. Cannon’s regime may not work for you. Consult a doctor before you try to replicate what Nick Cannon does. His words of advice are great, but you might not be able to follow it. Find the regimen that works just for you.

After Cannon’s 2012 lupus diagnosis, he stepped back and reevaluated everything about his health and life. He changed his workouts, his hydration routines, and his sleep patterns. Since his 2012 diagnosis, Cannon says that staying in shape has been a critical element of how he manages his lupus.

A typical diet for Nick Cannon is pretty strict. He eats clean, and processed foods and pork are not a part of his diet. His trainer makes sure that he sticks to his diet and what he eats is balanced and clean.

Cannon drinks two gallons of water a day. In Cannon’s opinion, water is the “fountain of youth.” It is the medicine of the earth, and people don’t know how important drinking water is. If you drink enough water, it prevents toxic build-up. Cannon’s water of choice? Alkaline water. It keeps him hydrated and feeling great.

Alkaline water contains a seven or eight pH level and has the proper electrolytes. To Cannon, this is a “game-changer.” Alkaline water makes him feel energized, plus his doctors recommends it.

He get his meals prepared for him. He hired someone to travel with him to make sure that he is eating right and working out properly. To Nick Cannon, eating right and exercising is important to keep him out of the hospital.

What about exercise? Nick Cannon does core training and martial arts. He is into bar training, but not cardio. He sticks to kickboxing, martial arts, and boxing.

Included in Cannon’s daily routine is meditation. When he had terrible flare-ups early in his disease, he learned to meditate and use strength from within himself to keep moving. He also practices yoga, which keeps him limber and releases stress.

Nick Cannon has learned to stick with his meditation, diet, and exercise. He has also learned to work hard at having a stress-free life. For example, criticism. He has determined not to be affected by social media, and to play the opinion game with the media. Cannon says, “So other people's opinions don't matter to me. I always say that what people think about me is really none of my business.”  Perfect answer for everyone – don’t think about what others think about you. This could alleviate a lot of stress in everyone's life.

Those with lupus can learn quite a bit from Nick Cannon’s advice. Do things that make you happy. If you don’t enjoy something, don’t do it. You need to be willing to put in hard work and effort when you exercise or maintain a diet but find enjoyment in those activities. If you don’t like it, you won’t do it. It takes effort to calm down a lupus flare-up, and effort and happiness will make your diet and exercise regimens work. 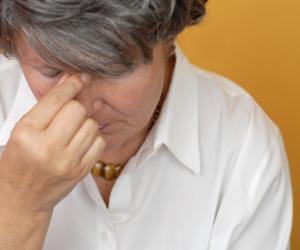 10 Supplements to Take for Lupus 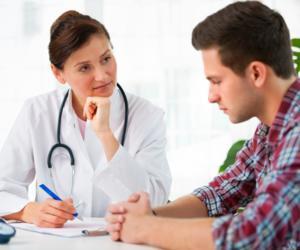 Everything You Need to Know About Lupus

Life Inflamed: Lupus Symptoms, Complications, and Getting Ahead of Flares

13 Things Everyone Should Understand About Lupus