Finnish researchers reported that food allergies in children are linked to the season they were born in. In a study conducted on 6,000 children born between 2001 and 2006, about 1,000 were tested for sensitization for food allergens until they reached4-years-old.

Results of the study, published in Journal of Epidemiology and Community Health, showed that the incidence of food allergies differs according to the season of birth. The incidence of allergic response was 5% in children born in June and July, while it was 9.5% for those born in the months of October and November. It also showed that 11% of the children whose 11th week in the womb was in April, had food allergies as toddlers. According to researchers from the University of Oulu in Finland, pollen may be one of the reasons for the allergic response. The ambient pollen count for children showed that alder and birch pollen levels were highest during April and May. 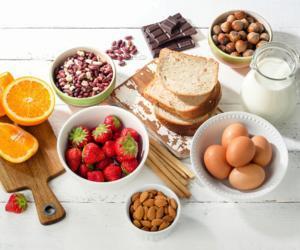 Food Sensitivities and Intolerances Are Common

Thus, children whose first trimester as a fetus ended in April or May had an three times an increased risk of becoming allergic to milk and eggs, when compared to kids who had the same developmental stage during November and December.

Some of the earlier studies have shown that children born in the fall and the winter have a higher risk of developing wheezing and eczema. These children may also have more antibodies to allergens, when compared to the children who are born in spring and summer. According to the researchers, the possible explanation to this is that fetuses start the production of antibodies against allergens by the 11th week. Antibodies to specific allergens are produced by the 24th week of gestation. Allergic responses are important in the continuation of pregnancy, and many times this response continues even after the birth of the child, according to researchers.

They report that children whose first trimester coincides with the pollen season of the broad-leaved trees are more susceptible to food allergies, when compared to other children. They agree that the issue is controversial and 18% of all children had food allergies by 4-years-old. The increased incidence of food allergies was more pronounced in the case of milk and eggs in children who had their 11th week of gestation in the month of April and May.

According to the researchers, this is the first study to link the environmental pollen concentrations during the first trimester of pregnancy and the incidence of food allergies in children.

Is there more than one type of allergy test?

Can homeopathic medications cause allergic reactions?

What can I do for my son's runny nose? 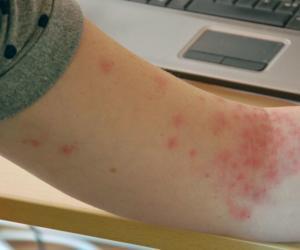 How Does Benadryl Help in Treating an Allergic Reaction?

Strange allergy, what is it?

Am I breathing in any harmful gas?

Why did I get rashes on my feet while walking on the grass? Could it be an allergy?