Does a gluten-free diet expose people to higher risk for dangerous and excessive inorganic arsenic? There has been a serious warning on arsenic in rice. Well, this topic can be confusing and complicated. However, there is no point in panicking over it. Understanding arsenic in gluten-free diets and ways of reducing the risk is crucial. Studies have shown that rice contains some amount of arsenic and varies with the type of rice. There is arsenic in flooded paddy soils, and rice plants absorb them. The type and amount of arsenic absorbed depends on various factors like the growing method, type of rice and processing method. Arsenic can be found in nature, and everyone is exposed to it through food and water.

Arsenic levels are a concern for general global population, especially those countries with contaminated drinking water and where rice is the main meal. Apart from that, children and infants are at higher risk because of their size. According to a Dartmouth study, pregnant women need to be concerned about arsenic in rising causing fetal exposure. Also, those who eat rice and other rice products most of the time are at higher risk. 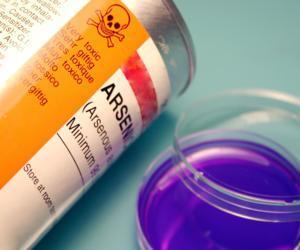 Long-term and low-level exposure: This includes intake of gluten-free diet. Chronic low-levels of arsenic can affect the nervous system, skin and gastrointestinal tract. Some of the symptoms are stomach pain, nausea, numbness of feet and hands, and diarrhea. Most of the reported cases of chronic exposure involve lung, bladder and skin cancer. There is also increase in heart disease. There might be skin discoloration and changes on the nails and hands.

Acute exposure: This type of exposure is as a result of chemical plant exposure. Some of the symptoms of high-level exposure include vomiting, nausea, shock, diarrhea and death.

Testing is only recommended for overall clinical symptoms  and not for anyone on a gluten-free diet.

Arsenic 24-hour urine test – This method is the preferred screening test. Differentiating between organic and inorganic is crucial, especially when it is elevated. Inorganic is considered the most toxic.

Rapid urine spot test – This method isn’t as accurate as it doesn’t differentiate between organic and inorganic.

Blood test – This method can be combined with the 24-hour urine test and can detect recent and acute exposure. It can also be used in monitoring levels.

What has the government done about this?

No standards exist when it comes to the level of arsenic in food. However, The EPA has guidelines for arsenic in water which is 10ppb. Consumer advocates have been calling for regulation of arsenic in rice by the FDA.

Reducing Arsenic in a Diet

Many varieties of foods contain arsenic, because it can be found naturally in the environment. The higher concentration of arsenic is found in ground water in those regions whose industries have used arsenic. These industries include metal production and mining. Some of the foods with higher levels of arsenic are fruit juice, wine and rice. For instance, apple juice contains higher levels of arsenic that exceed the average levels. This was reported in a 2011 Consumer Reports study which concluded that ten percent of 88 samples of the juice tested had arsenic that exceeded 10 ppb, which is the allowed level for water.

Naturally, there is arsenic in the soil, and there might be arsenic in organically grown foods. However, there are no details that suggest that organic foods have less arsenic than conventionally grown counterparts.

In the US, rice cereal is commonly the baby’s first food. Some infants consume 2 to 3 servings each day. Due to their small size, infants are exposed to higher risk of toxicity, and it has raised many questions. The FDA recommends that parents should try different foods for their infant’s first food. Also, Consumer Reports recommends one serving each day for babies.

Rice Milk, Rice Pasta and Other Rice Products for Children

Children and toddlers are at risk of arsenic toxicity as well. Consumer Reports recommends that two cups of rice drink or one serving of a rice pasta can exceed the recommended maximum consumption per week. Therefore, Consumer Reports suggests that children should not consume rice milk regularly.

There is a higher risk for those children on a gluten-free diet and consume cookies, rice based bread, cake, pancakes, crackers, muffins, etc.

Brown rice has about 30 to 80% more arsenic than white rice. Arsenic concentrates mainly on the outside part of the rice during its growth. When converting brown rice to white rice, these part is removed. Brown rice has health benefits which include vitamins and fiber and needs to be considered when picking white or brown rice. According to a test carried out on rice by Consumer Reports and FDA, it shows that brown basmati has the least arsenic.

The Types of Rice to Eat

Various types of rice contain different levels of arsenic and depend on several factors such as where the rice is grown. The FDA doesn’t recommend comparing the results it provides from one state to another or one country to another. However, if there are repeating patterns, then it might be helpful while purchasing grocery. Arsenic testing conducted by Consumer Reports shows that;

How Much Is Safe?

There has been increasing number of long-term studies about the impact of the chronic low amount of arsenic. Since there is no information on what level of arsenic should be present in food and also its long term effects, there are no recommendations agreed upon for safe amount. It 's hard to avoid rice when being on a gluten-free diet. However, intake of rice should be reduced, especially when children are involved.

What Are Other Health Problems Associated with Arsenic?

The relationship between arsenic exposure and health effects isn’t clear for the other health problems. However, studies have shown that arsenic causes cardiovascular and hypertension disease. The studies have suggested that arsenic has reproductive effects and causes cancer mostly on the skin, kidney, lung, and bladder.

Five Grains that are Healthy and Safe for Celiac Disease... 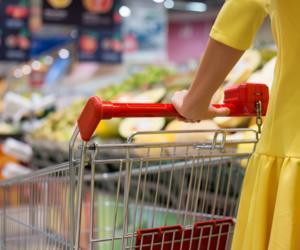 Consumer Alert: “Gluten-Free” Claims Are Now All Over... 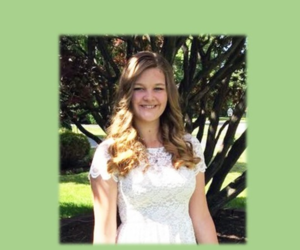 Is Makeup Containing Gluten a Threat for Celiac Patients?