Anemia is sometimes more commonly referred to as low iron because its root cause is less iron being produced by the body. There are staggering numbers of people increasing in the world every year who are under the torment of this notorious disease. The basic dysfunction starts within the red blood cells because of low iron in the body. The hemoglobin which itself is a protein loses its power of hoisting oxygen around the body for the consumption by different types of organs. It’s no rocket science to understand that when organs don’t receive enough oxygen, they hit rock bottom in performance, and this affects the health of a person. It also makes you feel fatigued and can cause serious health complications. A normal red blood cell count in women is 12 grams per deciliter of blood (g/DL), and in men, the count goes up till 15g/DL. If your blood shows a below-normal blood cell count then your doctor will likely advise you to undergo other blood tests to determine the exact root cause of the problem. In severe cases, anemic people who do not seek medical treatment can later experience major organ damage due to oxygen starvation.

Periods Lead To Loss of Iron

One of the most common questions asked by women in relation to anemia is whether their periods can cause the condition. The anatomy of a woman of reproductive age works in miraculous ways every month through the menstrual cycle, which allows women to conceive. When conception does not occur, however, the same cycle guarantees that the blood lining the uterus to receive and nourish a fertilized ovum is shed from the uterine walls. This blood flows out of the body, carrying with it iron that the body could have otherwise used. Menstrual periods can last for up to 7 days in women, but even the average duration of 3-5 days of blood loss can add up to a significant amount of iron loss. So, to the question of periods causing women to become anemic, the answer is yes.
The possibility of periods leading to anemic conditions in a woman is greater when the woman experiences menorrhagia, or the heavy flow of menstrual blood. The more blood is lost during a period, the greater the amount of iron that the body loses. Without proper iron levels, hemoglobin levels fall, because of which one can develop a condition called iron-deficiency anemia. 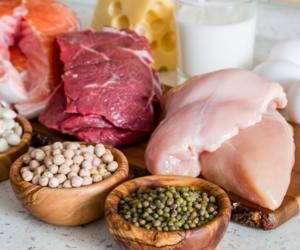 5 Foods to Eat When you Have Anemia

In a particular study of women experiencing menorrhagia, more than half of the women planned to either undergo a hysterectomy or have a hormonal IUD inserted to stop or greatly reduce their menstrual flow. In the study, around 27 percent of women were anemic and 60 percent were severely iron deficient. After one year of observing the same set of women, the researchers interviewed and examined the health reports of the women who had undergone a hysterectomy or gotten an IUD inserted, and to their surprise, the women who had been previously diagnosed as anemic were reported as having more energy and better physical and social functioning, and had experienced a decrease in anxiety and depression, in contrast with women who did not have anemia. The researchers concluded that the gains in physical and mental well-being in the anemic group of women were the result of their no longer suffering from anemia.
Excessive or prolonged menstrual bleeding can lead to a number of medical conditions including:

This type of anemia is characterized by a low level or no sign of hemoglobin in the blood count. Menorrhagia, or heavy menstrual bleeding, decreases iron levels in the body, increasing the risk of iron deficiency anemia. Signs and symptoms of this kind of anemia include pale skin, weakness, and fatigue. Although diet plays a critical role in curing iron deficiency anemia, the indications are mild in most cases, although even mild anemia can cause weakness and fatigue. More serious symptoms like shortness of breath, rapid heart rate, lightheadedness, and headaches are caused by moderate to severe anemia.

Sometimes, along with heavy menstrual bleeding, one may suffer from painful menstrual cramps (dysmenorrhea). These cramps are sometimes severe enough to require prescription medication or even a surgical procedure.

Periods Aren’t the Only Culprit

Although periods may be the most conspicuous reason for anemia in women, they are not the sole culprit. Studies have proven a very simple fact that helps draw the line between menses and anemia. Women whose diets are low in iron cannot satisfy the body's need for this nutrient and are at greater risk of becoming anemic due to their periods. On the other hand, women who get an adequate supply of iron in their bodies through their diets avoid becoming anemic. Therefore, on the days that women menstruate, they need to ensure that they adequately nourish their bodies with iron through food and supplements.

Aside from iron-rich foods and iron supplements, adequate vitamin C is also essential, since it helps the body digest iron and turn it into energy. By ensuring that their bodies are provided with sufficient iron especially during periods, women have the best chances of avoiding anemia. Moreover, these measures help provide relief from the acute pain during periods and from the unpleasant symptoms of anemia.

Additionally, even when a woman isn't menstruating, the body's old red blood cells constantly need to be replaced with new ones. A number of factors cause the body to produce too few red blood cells. These factors include:

The best solution to this condition lies in consulting a doctor who will guide you toward the strategy to overcome anemia and its varied side effects.

When do girls get their first period?

My daughter just started her periods and has extreme...

What causes excessive clotting during periods?

How can you tell if your period is coming soon?

My periods are late by 4 to 5 days. Should I do something...

What causes periods to arrive early?