It was actually found that the main ingredient in the compounds of cocoa were able to help in preventing the risk of diabetes. Although more studies are needed, this is some great news for those who are looking for better ways to lower their risk of this disease that affects millions of people in the United States of America alone. It is not always easy when looking for ways to prevent these diseases. In fact, it is a common disease to struggle with for many individuals. The compound in cocoa, known as epicatechinmononmers, has been shown to lower the risk of those who are facing the risk of diabetes. 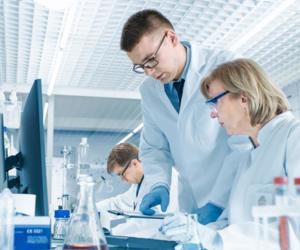 There are other benefits of this compound found in cocoa, although this was the main area of focus by those doing the research. For those who have diabetes, the struggle of this disease is all too real. The body does not produce enough insulin and can impact the blood sugar levels. This is something that is of great concern, especially considering the rise of processed sugars and foods that are not so great for those who have diabetes.

This type of compound found in cocoa is able to help the body in developing more insulin, leading to a better response in the body’s blood glucose level overall. In this study that was conducted by different researchers, it was found that the compound known as epicatechinmononmers was able to assist beta cells. This has allowed them to remain stronger, in addition to dealing with the ability to deal with oxidative stress.

The lead researchers at Brigham Young University were able to look at these types of compounds and found positive impacts on preventing diabetes. In this study, it was found that these types of compounds are very beneficial overall and can even assists in lowering the risk of diabetes. With other 10 million people in America alone suffering from the effects of diabetes, knowing when to look for better types of ways to keep up a healthy lifestyle is important. Ask a healthcare professional that will understand the different types of diets that could be healthy. Those without experience regarding diabetes can maybe be missing out on information.

The different advantages that are in a low carb diet could be even more helpful. Reducing the inflammation in the body that comes from this disease is not only highly suggested, but something that most people will find interferes with day to day life if they do not! Diabetics are also at risk for poor dental health, something that needs to be addressed. In fact, a low carb and a high fat diet can also raise healthy HDL levels, all while actually lowering the LDL particles and triglycerides. There are different foods that are higher in some carbs, but can be healthy for those who are living a more active lifestyle. Getting enough exercise is also something that those with diabetes are suggested to look at for a healthier and better lifestyle.

Oats and brown rice are great options that are packed full of fiber and protein! Having these foods included in a healthy diet is something that will prove beneficial in a general health aspect for those looking to lower their risk of diabetes. Certain foods should be avoided for those with diabetes. Having full butter options and whole fat might actually lead to a better diet overall. Nuts and other foods such as berries are also suggested for snacking!

Nuts are shown to increase the life of those who consume them. Knowing the best ways to treat and manage diabetes is not something that can be easy; in fact, it is a disease that millions of Americans manage on a day to day basis. Soda, processed sugars, starchy carbs, and white rice are all foods that should be avoided by those who are looking to prevent diabetes. Margarine is also one of the foods that should be removed from a diet. Not only is it very unhealthy, it has been linked to numerous diseases.

In this study that researchers have worked upon, there were different methods that were also looked at. It was found that overall, the compound in chocolate was better than once believed. Controlling blood glucose levels is of vital importance for those who are looking to better their life with diabetes. These tests and research is currently in the early stages, but research for this is very hopeful in this regard. These cells need more of an energy bond than some. Animals that the researchers used were given a high-fat diet.

This was shown that the compound was able to reduce the level of obesity in these levels. In fact, this was shown in an increased ability to deal with the more increased blood glucose level. With these results, some researchers were able to gather that a diet containing some levels of dark chocolate could be very beneficial overall. It can be something of an issue for those who might have issues with controlling their portion sizes.

The amount of chocolate to benefit is still unknown, but one serving or so as suggested by a healthcare professional is what should still be considered the rule. This type of food is not something that should be indulged in all of the time! Too much chocolate can lead to obesity and other serious concerns regarding overall body health. Although one should talk about this with a healthcare professional, it has been shown that a low carb and high fat diet could assist in lowering the risk for diabetes and assisting those who already have the disease. Not all fats are created equal! Some research has even pointed out that whole-fat milk is not nearly as unhealthy as once believed.

Milk was actually shown to assist those who have diabetes in numerous ways. Blood glucose levels could be more stable with whole-milk and the fats from this dairy product. Keeping stable blood sugar levels is vital in overall diabetes health. Finding out how to lower the risk and to keep up when once does have diabetes is critical to a healthy life. The fewer unhealthy carbs that are taken in, the more the body can produce better levels of blood sugar. Damages can be caused when this occurs, especially when carbs cause insulin spikes.

Different studies have also discussed how getting enough milk and even some chocolate could assist in this lifestyle of better living for those with diabetes. Eat up! Chocolate in small doses can be a tasty way to lower the risk of diabetes!

Why does my son feel so hungry after taking his diabetes...

What are the medications recommended to treat renal... 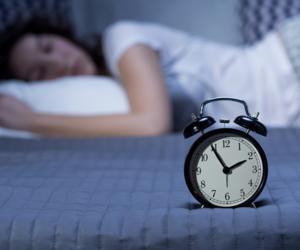 Sleep Deprivation and Prediabetes Is a Bad Combo 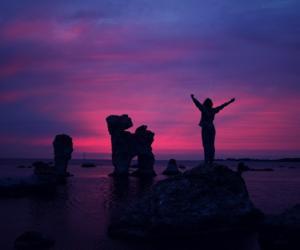 What is the difference between type 1 and type 2 diabetes?

Is watermelon good for patients with diabetes?

A Trulia Entrepreneur and His Solution to End Type 2 Diabetes