As more persons become familiar with the autoimmune disorder known as Celiac disease, we can expect queries regarding the condition to increase.

Celiac disease is a medical condition in which the absorptive surface of the small intestine is damaged by a substance called gluten. This damage over time makes it difficult for the body to absorb nutrients: protein, fat, carbohydrates, vitamins and minerals, which are essential for optimal health. 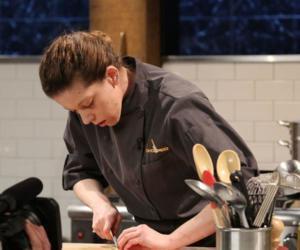 Have a question aboutEndoscopy?Ask a doctor now

Gluten is a mixture of proteins that is found in certain grains like wheat, rye and barley. The name gluten is actually derived from the Latin “Gluten” which mean glue or in other words a sticky substances. In some individuals the consumption of gluten triggers an immune response in the body. The immune system sees gluten as a harmful foreign body and produces antibodies to destroy it. Unfortunately a disastrous side effect occurs wherein these anti gluten antibodies start attacking the villi in the small intestine causing severe damage. This results on Celiac Disease.

The disease does not have a preferred age group. The condition is hereditary and is known to afflict persons of all ages and ethnicities.

The symptoms of Celiac disease are oftentimes vague and tend to mirror those of many other conditions. Despite the fact that more people are becoming aware of the disease, misdiagnoses are still very common.

In fact, the average time it takes someone to be correctly diagnosed with the disease ranges between 6 to 10 years.

Arriving at a diagnosis of Celiac disease can be an utterly frustrating and circuitous process because the disorder can be easily mistaken for so many other conditions.

As researchers continue to make breakthroughs in medicine, more tests are becoming available to make arriving at a correct diagnosis of the disease more straightforward.

If there is a history of celiac disease in the immediate family like grandparents, parents or siblings, there are now genetic tests that can be utilized to rule out celiac disease when a patient is already on a gluten-free diet or test results are inconclusive. These tests also afford persons being tested a fair level of convenience as they can be done via blood, saliva or a cheek swab.

Additionally there are now several simple blood tests that can be done to help screen for the disease.

The most commonly used is the Tissue Transglutaminase Antibodies (tTG-IgA) test. It is the preferred test because of its accuracy. The tTG-IgA test will return a positive result in about 98% of patients with celiac disease who are on a gluten- containing diet. However for this test to be accurate, those being tested must be eating foods containing gluten. As long as the patient is on a gluten free diet the body does not produce the gluten specific antibodies. The check with absolute certainty that the patient is in fact producing anti gluten antibodies the patient must have some gluten intake. However it is advisable that the patient stick to the intake prescribed by the doctor and inform the doctor immediately in case of a spike in certain symptoms.

Celiac disease prevents the digestion of fat, therefore a stool test can be done to test for the presence of fats in the stool as a possible indication of celiac disease.

People oftentimes claim they feel better after completely removing gluten from their diets and while this could indicate celiac disease, it could merely be a placebo effect.

The only way to conclusively diagnose celiac disease is by having a biopsy via an upper gastrointestinal endoscopy.

A gastrointestinal endoscopy procedure take under half an hour and does not require the patient to be admitted in hospital. This procedure will allow a physician to see any inflammation or damage in your small intestines, or decrease in the villi, which are definite signs of celiac disease. The patient is given a sedative or general anesthesia in the case of children and then the physician usually guides a very thin and flexible tube through the patient’s mouth with a small tool that takes biopsies when it reaches the small intestine.

These tissue samples are then analyzed to help make a diagnosis. In 1992 Dr Michael Masrh developed a classification system based on the various stages of intestinal damage to standardise the diagnosis of celiac disease. The World Gastroenterology Organization now recommends a modified version of this classification to be used in the diagnosis.

Prior to having an endoscopy, patients must be consuming foods that contain gluten and will usually be given detailed instructions to follow as they prepare to be examined.

Usually, patients are asked not to eat or drink anything for up to 8 hours prior to the endoscopy as an empty stomach is required for the procedure. Some persons may also be required to stop taking some medications for a period of time before the procedure.

More from FindATopDoc on Endoscopy 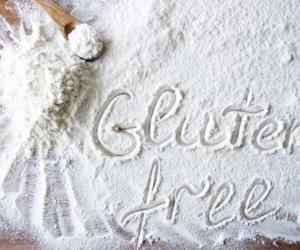 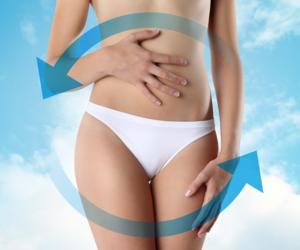 When Going Gluten-Free Is Not Enough