People are keeping a close watch on what they include in their plate. This is majorly done, because there are so many different types of foods available in the market which can lead to a varied number of health problems. In certain cases, most of these food items are associated with a number of medical conditions, which tend to make a person sick.

Hence, people today are getting choosier about the foods they consume and are asking more and more questions on the foods which they come across. The questions could be how fresh the meat is before they purchase it. The food labels are also being reviewed to see what all do they contain since today eating something right is no longer an easy task. This is because the food industry is filled with so many regulations, rules, guidelines and exceptions which help in addressing the issue of whether it is healthy or not.

A similar question is also being asked for Swai fish, whether it is good for us or not. In the good old days, the answer to this question would have been pretty simple since Swai is a type of fish and unlike meat, which is also a source of protein, fish is considered as a healthy choice for those individuals who are looking to stay fit and strong. When it comes to losing some weight, then fish is always considered as a smarter option.

However, today the case is completely different due to the involvement of various factors which get involved in manufacturing as well as promoting of healthy food items. The consumers are finding it extremely difficult to figure what is healthy and what is not good for health. This also applies to the fish market. There are a number of things a consumer should be aware of before going in for Swai fish or any other similar kind of fish.

What is Swai fish?

Swai fish is currently made available in the form of fillets in various stores across the United States. Swai fish is sweet to taste, hence enjoyed by many people. Swai fish can be broiled, grilled or baked. During this food process, the texture of the fish can be described as flaky and light, thus making it easy to eat. You can also coat the fish with bread crumbs or corn meal and then get it fried. Swai fish is mostly considered as an economical fish that people consume at all times. In the United states, swai fish is labelled as swai since it is against the law to get it labelled as something else which can also include shark catfish. However anywhere else apart from United States, this fish can be labelled as shark catfish. The name basa is mostly used in Vietnam, but it is not shipped to the US.

Due to the mild sweet taste of the swai fish, it becomes an ideal food for preparing fish pies or any pasta dishes, apart from cooking it on its own. Swai fish is moist, hence there is less requirement of oil while cooking. This helps in promoting good health while eating. The taste of swai fish is one of the main reasons for it being so popular in the Asian regions since it can be made part of so many dishes. One can also use different types of sauces as well as herbs while looking to cook swai fish. By doing so, it would help to create a number of various recipes to suit different types of people.

Swai fish is similar to salmon or tuna and is somewhat considered as a fatty fish, wherein a four ounce fillet has around 1000 total calories. Out of this, 45 calories comes from the fat. Of the five grams of fat, three grams is considered healthy for the heart in the form of unsaturated fats, whereas the remaining two grams comes from saturated fats. Swai fish has 15 mg of cholesterol and 300 mg of sodium. This can be termed as approximately 5 and 12 percent of the daily allowance.

Swai fish does have a number of health benefits, but it comes along with certain drawbacks as well. One of the most common drawbacks which would concern many is that it is a high source of mercury content which means that long term impact of consuming swai fish or any other fish having such high levels of mercury could be damage to the nervous system. Few of the most obvious signs and symptoms concerning the mercury levels would be having trouble in vision and hearing, certain disturbances in speech and any other issues. In certain cases, the individual may also have the feeling of tingling sensation in the fingers and toes and certain times, it can lead to weakness in the muscles due to the high mercury content.

There are other health risks as well which people should consider before looking to add Swai fish in their diet plan. One of those risks involves from where the fish is coming and the process of mass producing it. The fish can contain antibiotics which could be harmful for humans, this is completely dependent on from which area the fish is exported. Hence, in order to ensure that every person who consumes it should get the proper benefits of swai without any kind of compromises to the health, there should be proper knowledge of where the fish is coming from and how its production is being carried out.

Is Swai safe for consumption?

When we tend to look at something different, then the question arises whether it is a safe food to be consumed or not. In this case, the answer is yes. Swai fish is considered as a healthy option and it is much healthier than the other types of fish or meat, which are available. Swai fish as mentioned earlier is a rich source of protein and also low in fat. It is considered to be an oily fish which would mean that it is a rich source of omega-3 fatty acids. This is an excellent advantage since it helps to promote the health of the brain and increase its sharpness.

However, what is most important is picking up the correct vendor of swai fish so that one ensures that only quality fish should be consumed. Unfortunately, there are a lot of vendors who tend to supply low quality swai fish which does not provide the essential nutrients than the good quality swai fish does. The quality of fish, whether good or bad would depend on the optimum conditions of water. It becomes important to consume this fish as part of a well-balanced diet so as to gain the most of this healthy eating program. Those who are pregnant are recommended to only consume one to two servings of this fish on a weekly basis. One should ensure that the fish is completely cooked before it is consumed, so as to avoid any cases of food poisoning through uncooked food to avoid any harm to the baby.

There are various ways in which Swai fish can be prepared for consumption purposes. One of the most popular methods is to either grill or bake the fish in the oven, after cleaning it properly. This fish can also be fried, boiled or battered. Any method one chooses to cook the fish, the main thing which should be ensured is that it should be completely cooked. Once the fish is completely cooked, it turns white instead of the beige color which it initially starts off with. Since the texture becomes flaky after cooking, one can easily pull it off from its bones and consume it. One can also use different types of herbs or seasonings with swai fish. Few of these which go very well with swai fish would include pepper, lemon, basil and dill. Swai fish is something which can be experimented with in many different ways and it also would depend on the side dish or the sauces one chooses to use.

Swai fish is becoming an extremely popular food option for those individuals who are on a tight budget, since it is quite affordable. Swai fish is cheaper than the cod, and many other fishes. One need not go in for purchasing expensive ingredients for preparation of swai fish. Some simple and reasonable vegetables can do the work well. This fish is low in price and good for the entire family.

Does arrhythmia damage the heart?

What should I do if my newborn gets the flu?

More from FindATopDoc on Swai Fish 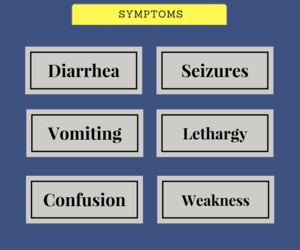 What is Reye’s Syndrome:Symptoms and Causes

How often should faces be washed? 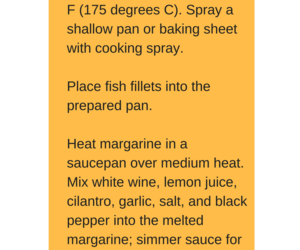