There are hundreds of amino acids in nature, out of which 20 are quite important for protein creation as well as growth. But only 10 out of these 20 amino acids are produced by the body. The remaining 10 are called as “essential amino acids” because the body has to source it from outside food. If an individual has a deficiency of amino acids, then it can lead to a degradation of the internal cells, which can pose a bigger problem. Hence, it is very important to get enough of these essential amino acids from the food we eat. 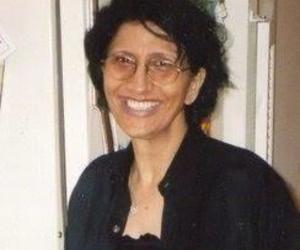 Have a question aboutProteins?Ask a doctor now

Essential amino acids exist in two variations, which are very much identical to each other, or one can call it as a "mirror image". There are D and the L forms of these amino acids. The L form of amino acid is mainly used in protein synthesis and is mostly found in foods and supplements. Hence, many individuals refer it as lysine in short form.

Foods such as corn and wheat have a low lysine content. Lysine was first isolated from casein in 1889. In the year 1955, it was first introduced in the United States as lysine hydrochloride. Since the year 1970, lysine has been most commonly used in the animal feed. L-lysine has innumerable benefits such as it acts as a good treatment for cold sores and it can be also used as a supplement for people with anxiety attacks.

Similar to other nutrients that are available in supplement form, L-lysine can be orally taken. However, when it is directly consumed in food, it readily gets absorbed in the body. Food items that contain a huge amount of L-lysine are meat, beans, eggs, and cheese.

L-lysine has a significant role in the creation of carnitine. It is known to convert the fatty acids into energy as well as lower the levels of cholesterol. L-lysine plays an important role in the absorption of calcium along with helping the body to form collagen, which is necessary for the growth and maintenance of the bones along with connective tissues. L-lysine acts as a natural disease-fighting agent, wherein it benefits the human body in several ways.

L-lysine can be taken in the dosage of 1 to 3 grams on a daily basis to prevent or get the herpes simplex virus infection. If there is a breakout of the virus, then the dosage would need to be increased. This dosage limit is safe for use in adults as well as children in the prepubertal stage.

It is always better to directly take nutrients, which are found in food rather than in supplements. By taking nutrients through food, the body absorbs more of the nutrients without the risk of an overdose. However, supplements may be taken in cases where one is not able to meet the daily requirements through food.

Lysine is also available in the form of a cream, which can be applied to cold sores. One should remember that when choosing foods rich in L-lysine, the conventional method of preparing such foods reduces the nutritive value of the lysine present in the food. A few of such methods would include reducing sugar-based substances, cooking with the absence of moisture, and heating of any food items in the presence of sucrose or yeast.

Below is a list of food items that contain L-lysine:

1. Reduces the Frequency or Outbreak of Herpes Simplex Virus

Cold sores are often associated with the herpes simplex virus, which is also called as HSV-1. It has been observed that around 70 percent of individuals below the age of 50 are infected with this virus, even though they never show any signs or symptoms.

When it comes to the herpes simplex virus 2, it is often associated with genital herpes, wherein around 80 percent of the individuals who have it do not even know that they are carriers of the virus. It has been seen that many individuals who have been taking L-lysine for treating cold sores have shown positive results.

Certain studies suggest that L-lysine helps minimize the outbreak of herpes simplex virus, whereas some experts suggest that the outbreaks of this virus do happen at the same frequency level, but the duration is usually shorter. It is not entirely clear on how this nutrient would help fight off cold sores, but it is said that it is how lysine interacts with arginine, which is another amino acid produced by the body in smaller amounts.

Arginine is known to increase the rate at which the herpes simplex virus cells multiply. Thus, in such situations, if the body has high amounts of L-lysine, it could lead to a decrease in viral activity caused by arginine. Both arginine and L-lysine work against each other. Apart from cold sores, L-lysine is also said to reduce the symptoms of genital herpes with the same mechanism. However, research is yet to prove such claim.

We all have heard that the human body should have enough of B vitamins and omega-3 fatty acids for proper growth and development of the body. Same is the case with L-lysine--one can increase the intake of this nutrient to reduce cases of anxiety or panic attacks.

As previously mentioned, L-lysine absorbs calcium, which is quite important for those suffering from anxiety and other psychological problems. Proper calcium absorption can be seen as the primary method to cure anxiety. L-lysine acts as a serotonin receptor antagonist. To prevent an anxiety response, L-lysine partially binds to the serotonin receptors.

L-lysine is also known to minimize diarrhea due to stress-related anxiety attacks. Individuals suffering from schizophrenia can also benefit by consuming food items that contain L-lysine. It has been said that with the help of L-lysine supplementation and the conventional method of therapy, the negative and general symptoms of schizophrenia may be reduced.

3. Helps in the Treatment of Cancer

Scientists have been looking for natural treatments to cure cancer to avoid the awful side effects that come along with radiation and chemotherapy. These side effects tend to destroy the healthy cells of the body along with the cancer-causing cells, thereby having a serious impact on the overall health of the individual.

According to research, the nutrients available from certain food items can potentially target only cancer-causing cells without affecting the healthy cells of the body. There are studies revolving around the effects of lysine conjugates on the damaged strands of the DNA, which is very much similar to the one found in cancer. The study says that this substance can identify the damaged strand by just identifying the damaged spot in it or the cleavage and causes the rest of the strand to tear apart. The fascinating part about this kind of potential treatment is that how it works along with the specific type of lights. The ability of lysine conjugates to kill cancer cells can only be activated when it is exposed to a special type of light, which would allow the researchers to place the treatment into the most concentrated location of cancer cells and later activate them in their most potential effective spots.

The intake of L-lysine is associated with a better rate of calcium absorption in the body. It also helps individuals who suffer from weakened bones and osteoporosis. There are no studies yet to confirm the link between osteoporosis and L-lysine, but since calcium is known to play an important role in the strengthening of the bones, L-lysine would act as a beneficial nutrient for those suffering from brittle bones. The following are health benefits of appropriate daily calcium intake:

Athletes usually go for L-lysine supplements to achieve the recommended amount of protein needed by the body and to help improve their performance in sports. It can be somewhere linked to the fact that the presence of L-lysine in the body leads to better calcium absorption.

Those suffering from diabetes have to be very careful when it comes to infection since they are often prone to any kinds of infection and other complications of diabetes. One of the main benefits of L-lysine for diabetic patients would be to limit the formation of advanced glycation end products (AGEs) and helps diabetic patients by preventing the specific paths of glycation that leads to these products, thereby decreasing the risk of infections in these patients. Thus, people with diabetes should include food items that are a good source of L-lysine in their diet.

Leaky gut syndrome is one of the most common problems faced by people across the globe. This condition happens due to the damage caused to the lining of the digestive tract, which leads to unwanted substances to pass into the bloodstream, leading to a disruption of the body's normal functioning. These unwanted toxic substances can cause multiple health-related issues such as pain in the joints, lethargy, thyroid problems, certain kinds of allergic reactions, and autoimmune diseases.

One of the forms of L-lysine called as poly-L-lysine was recently found out to have anti-inflammatory properties on the lining of the gut. The use of L-lysine is known to suppress pancreatitis or the inflammation of the pancreas. The pancreas is an important part of the digestive system.

Moreover, users who have liver or kidney problems should use lysine supplements only upon the doctor’s suggestion to avoid any negative side effects. Also, those who are pregnant, planning to get pregnant, or are nursing a baby should use the supplements with caution and should only be taken upon the advice from the doctor.

How much protein should I have a day?

Proteins were detected in my urine. Is it fatal?

Is eating a lot of eggs a problem?

More from FindATopDoc on Proteins

What is the best form of protein for vegetarians?

How is protein loss compensated in a kidney disease...

Is a high protein diet advisable for a diabetes patient?

Proteins were detected in my urine. Is it fatal?