An allergy is an abnormal reaction of the immune system to normally inoffensive substances called allergens. Most allergic reactions are harmless and easily resolved, but some can result in fatal anaphylactic shock if not attended to immediately.

An allergic reaction is triggered when an allergen binds to Immunoglobulin E (IgE), the body’s allergy antibody, attached to mast cells that break open to release histamine as an immune response. Histamine travels quickly and affects tissues causing inflammation. The symptoms that develop depend on where histamine was released, most common of which are a runny nose, watery eyes, and shortness of breath. Mild allergic reactions can easily be resolved with antihistamines and steroids. In severe cases, an immediate epinephrine injection is required to prevent anaphylaxis, the most dangerous and life-threatening form of an allergic reaction that can lead to multisystem failure. 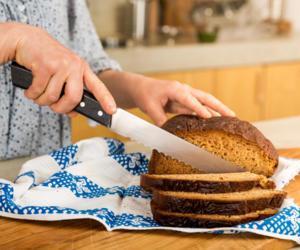 Food sensitivity is one of the most common forms of allergy, and gluten is one of the usual allergens that cause an allergic reaction.

Gluten is a collective term used to describe the proteins found in grains like wheat, barley, rye, spelt, and triticale. It is composed of gliadin and glutenin, the two main proteins responsible for gluten’s glue-like property that helps maintain food’s form and shape. Most people can process gluten without issues while those who can’t process gluten have an underlying condition that makes them gluten intolerant. The most common disorder that causes gluten hypersensitivity is celiac disease.

What Happens in the Body of a Person with Celiac Disease?

Celiac disease (gluten-sensitive enteropathy) is an autoimmune disorder characterized by an immune response in the small intestine upon ingestion of gluten. It’s an inherited condition that can cause long-term damage to the small intestine over time leading to malabsorption. This happens through the destruction of the villi, the tiny hair-like projections in the lining of the small intestine responsible for nutrient absorption. Every time the body’s immune system is sent into overdrive by gluten, the villi get caught in the crossfire and suffer cumulative injury. As celiac disease is a genetic condition, there is no cure, but a strict gluten-free diet can help manage the symptoms and allow the intestines to heal.

There is no precise cause of the celiac disease known. What triggers its development is a complex interplay between genetics, gluten ingestion, and environmental factors. Other possible contributors include gut bacteria, gastrointestinal infections, and newborn feeding practice. In some cases, celiac disease is jumpstarted by a viral infection, severe emotional stress, surgery, pregnancy, or childbirth.

Celiac disease is estimated to affect 1% of the Western population and is found to be prevalent among Caucasians. However, the disease now seems to affect a diverse range of ethnic groups and is now diagnosed globally. In fact, the Datamonitor Group projects a 50%-60% rise in celiac disease diagnosis rate by 2019.

Non-Celiac Gluten Sensitivity: The Other Side of the Coin

Some people have hypersensitivity to gluten but are confirmed to not have celiac disease. This is called non-celiac gluten sensitivity. Many experts don’t consider this a real condition as something else entirely may cause the presenting adverse effects including psychological factors. In fact, a study of 400 subjects who claimed to be gluten intolerant revealed that only 14.5% of them actually had problems with gluten. Until sufficient evidence is available to prove the existence of non-celiac gluten sensitivity, it will remain controversial.

Gluten is commonly present in staple foods like grains, making a strict gluten-free diet very challenging. Even with more than enough preparation and stern vigilance, there are still inevitable times when small quantities of gluten slip through. Living with a celiac disease or some other form of gluten hypersensitivity can be a burden that can be eased by an innovative solution that can act as a poison test to guarantee 100% gluten avoidance. This sort of breakthrough is about to be achieved by a father-and-daughter duo from Blacksburg, Virginia.

Ed and Anna Champion, together with a partner Briana Petruzzi, founded Altede— short for “allergy test development”—a startup that aims to manufacture handheld, quick, and best of all cheap test kits for food allergens. Altede hopes to develop these tests at par with the United States Food and Drug Administration (FDA) standards but sold at an affordable price and can be done in minutes anytime anywhere. It will be specifically designed to detect all food allergens for those with severe food allergies, but at this time, the Champions’ objective is to tackle gluten.

The first prototype is now available. It’s about the same size as a pack of M&M’s and works similarly to a pregnancy test. To use, a pea-sized amount of the suspected gluten-containing food is put in a liquid container that comes with the kit and shaken. Then, a test strip is dipped into the liquid, allowing it to be absorbed by the paper that has antibody stripes that detect the presence of gluten. A visible pink line will appear if the sample contains gluten.

While the testing of the first prototype is proven to be successful, there are still a few tweaks to be performed to make it work better. One of the issues encountered is the long detection time, which takes hours instead of minutes. According to Ed, it’s a matter of modifying the chemistry to shorten the detection time and show results faster.

Altede recently received a $50,000 grant from Virginia’s Commonwealth Research Commercialization Fund and had been enrolled in the first cohort of Roanoke’s technological business propeller, the Regional Acceleration and Mentoring Program (RAMP). This radical solution proposed by Ed and Anna Champion is very promising in that it significantly makes life easier and more convenient for celiac disease patients, which Anna is one. Despite the technical difficulties yet to be ironed out, the Champions are convinced that they are getting very close to that eureka moment that will change lives forever.

Beyond the Gut Damage

Living with a chronic illness is never easy as it requires major life alterations that may involve giving up something one enjoys. For people with celiac disease, the worry has always been in not knowing when something has the ability to make their stomachs turn. Apart from the acute pain and discomfort, the long-term effects and potential complications also bring about a wave of anxiety. There are even times when the unease becomes too powerful and overwhelming that people with celiac disease succumb to isolation and depression for days on end.

Beyond the gut damage, celiac disease can also mess with its patients’ thoughts and emotions and sometimes beat them with it. In fact, a study of 16 women living with celiac disease revealed that the disease impacts a patient’s entire life from the past, to the present, and into the future due to routines requiring to be changed. Some of the test subjects even expressed feelings of loneliness in social settings, prompting a sense of invisibility.

While medication is readily available, dealing with the celiac disease is way easier if gluten is just avoided altogether, but with gluten being essentially unseen until it strikes, prevention is still rather difficult. The Champions of Blacksburg, Virginia may have the answer to an otherwise impenetrable affliction. With Altede’s food allergen test kit, every patient living with celiac disease and other severe food allergies can lessen their worries and enjoy a carefree, normal life.

Starting off on a Gluten-Free Lifestyle After a Celiac... 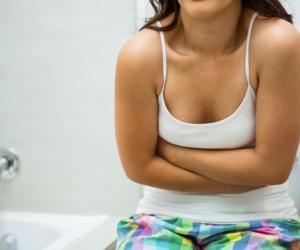 How is Celiac Disease Diagnosed? 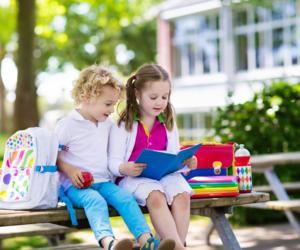 Children with Celiac Disease: Managing What a Child... 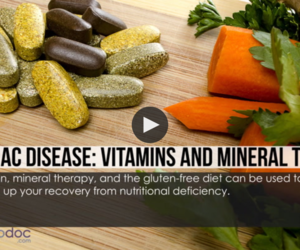 I have Celiac disease. I was diagnosed appx. 15 years ago.

The Gluten-Free Verdict on Quaker Oats and General Mills