According to a new study, vegetarians may have an increased risk of heart problems because of the deficiencies of certain nutrients in their diet. But overall, “the risk of heart diseases and stroke is still higher in meat lovers, when compared to vegetarians," according to researcher Duo Li, a professor of nutrition at Zhejiang University in Hangzhou, China.

A review of the major studies showed that a vegetarian diet is deficient in some important nutrients, like vitamin B-12 and omega-3 fatty acids. Lack of these nutrients increases the levels of amino acid homocysteine and decreases the level of HDL cholesterol in the blood. High levels of homocysteine and low levels of HDL are associated with an increased risk of heart disease. “These increase the risk of blood clots and atherosclerosis," says Li. 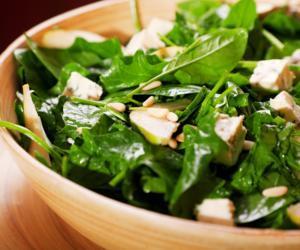 Why Eating Salad Every Day Keeps the Brain 10 Years...

According to some nutrition experts, this increase in risk for vegetarians is only a hypothesis, and many people are aware of the deficiencies of vitamin B-12 and omega-3 fatty acids in a diet. In this study, published in the Journal of Agricultural and Food Chemistry, researchers reviewed studies focusing on vegetarian diets and their effects. Most of the studies clearly show that vegetarian diets are rich in fiber, magnesium, folic acid, vitamins C and E, and antioxidants. This diet, however, is also low in total fat and saturated fat, cholesterol, sodium, zinc, vitamins A, B12 and D, and omega-3 fatty acids. Thus vegetarians should deliberately increase their intake of B-12 by having fortified cereals. And omega-3 fatty acids can be increased by having plant products such as flax seeds and walnuts.

According to nutrition expert Lona Sandon, RD, a spokewoman for the American Dietetic Association and assistant professor of clinical nutrition at the University of Texas Southwestern Medical Center, Dallas, the association between vegetarian diets and having a higher risk of heart disease is only a hypothesis. “Earlier studies have shown the heart-healthy nature of vegan diet," she adds. “The choice of the word ‘may’, to describe the association, shows that there is a lack of evidence to support the hypothesis," she feels.

Sandon opines that it is better to have a balanced meal with maximum nutritional benefits. Reed Mangels, PhD, RD, the nutrition advisor for the Vegetarian Resource Group, also feels that vegetarians are aware of the deficiencies of vitamin B-12 and omega-3 fatty acids in their diet. Vitamin B-12 deficiencies can be avoided by having supplements, fortified cereals, or by drinking soy or almond milk. “Ovo-lacto vegetarians, those who have cow’s milk and eggs, can obtain vitamin B-12 from these foods”, says Mangels.

Omega-3 fatty acids can be obtained from flax seeds, walnuts, and soy products. Among the American population, 3% are vegetarians. About one third of this population avoids meat, but still has milk and eggs. Another third of these people do not eat dairy products.

Weight Watchers May Be Worth a Shot 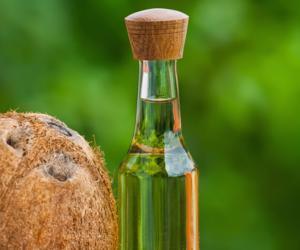 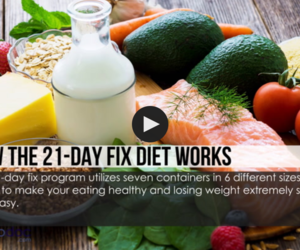 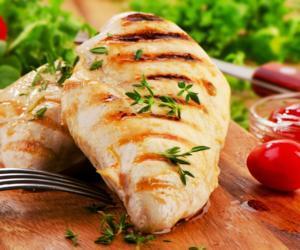 The Keto Diet for Weight Loss

Is a High-Protein Diet Right for Me?