Almost every cell in the body has a primary source of energy, which is usually glucose. However, when the body doesn't have enough glucose, the liver responds by producing chemicals known as ketones, converting stored fatty acids into ketone bodies.

Ketones are used as a backup fuel source when glucose is unavailable. The liver produces three types of ketones called acetoacetate (AcAc), beta-hydroxybutyrate (BHB), and acetone. These ketones are produced in the body at different times and in different ways.

How can I prevent pneumonia for my father?

Have a question aboutKetones?Ask a doctor now

How are ketones formed?

The liver breaks down fat into glycerol and fatty acids when the body does not have enough glucose. Fatty acids are further broken down in a biochemical process called ketogenesis and produce the first ketone body called acetoacetate (AcAc). This ketone body is then converted into either beta-hydroxybutyrate (BHB) or acetone, which is the last ketone body that is produced. However, acetone might also be initially produced once the person begins a ketogenic diet.

As people continue to limit their carbohydrate intake, beta-hydroxybutyrate (BHB) becomes the most abundant ketone in the body. When this happens, muscle and brain cells begin using BHB as their main fuel source. When people become fully keto-adapted, approximately 70% of their brain’s energy needs ketones, and 50% of their basal energy requirements are supplied by ketones.

The Negative Side of Ketosis: Ketoacidosis

Not everyone can benefit from elevated blood ketones. Ketone levels tend to dramatically increase at an unhealthy rate when insulin is not working properly or when it is unavailable. When this occurs, the condition is called diabetic ketoacidosis. This typically happens when the person suffers from either type 1 or type 2 diabetes and when their blood becomes very acidic because of the high levels of ketones.

Although the condition can be toned down, this shift in the acidity of the blood can also be life-threatening. The most common symptoms to look out for include frequent thirst and urination, weakness, abdominal pain, confusion, nausea, and a fruity or sweet-smelling breath. If you experience these symptoms, consult your healthcare provider immediately.

People who are healthy and without diabetes are unlikely to experience ketoacidosis. A healthy body usually produces plenty of insulin, and healthy cells typically respond well to it. Having a healthy body allows the liver to create ketones at the right time as well as stop the production of ketone bodies before too much of them are released into the bloodstream.

Signs and Symptoms of Ketoacidosis

The Positive Side of Ketones: Health Benefits

The following are some of the health benefits of ketones:

1. Stimulate the production of mitochondria

When ketones are exclusively burned for fuel instead of glucose, new mitochondria are formed in the cells. This stimulation also occurs in the brain cells of people who follow a ketogenic diet. Remember that the production of more mitochondria also leads to healthier cells and more energy. Buy Raspberry Ketones here.

According to many studies, ketones aid in the preservation of aging brain cells and a malfunctioning nervous system. In one study, significant improvements were seen in patients with acute brain injuries because of ketones. Buy Raspberry Ketones here.

Losing muscle mass is a side effect of aging. However, following a ketogenic diet may help preserve muscle mass. According to a study, ketones have a preserving effect when it comes to muscle mass, particularly in people who limit their calorie intake to lose significant weight. Buy Raspberry Ketones here.

According to some research studies, ketones can help prevent cancer in humans (1, 2, 3). The reason is that cancer cells are unable to use ketones for growth or fuel. Without a source of energy, cancer cells fail to continually grow and instead be eliminated by the body’s immune system. Buy Raspberry Ketones here.

6. Improve the quality of life in people with autism spectrum disorders

Promising results were seen in studies conducted on mice, which exhibited the same behavior as humans on the autism spectrum. Researchers have found that autism-like behavior seen in mice can be reversed or improved through a ketogenic diet (1, 2).

These results were likely due to the following factors:

When there are excessive ketones that are not used by the body, they can show up in the blood, breath, and urine. There are many individuals on a ketogenic diet who regularly do tests to determine their ketone level and ketosis. These tests can be done in a laboratory, but there are also other affordable and quicker alternatives to test the body for ketones.

A proper ketogenic diet is th key to the right level of nutritional ketosis in the body. In a ketogenic diet, most sources of carbohydrates are eliminated, which include:

Aside from limiting carbohydrate intake, a ketogenic diet also involves the consumption of moderate amounts of protein and high consumption of fats to improve metabolism and boost fat burning.

Disclaimer: We are a participant in the Amazon Services LLC Associates Program, an affiliate advertising program designed to provide a means for us to earn fees by linking to Amazon.com and affiliated sites.

Are my son's headaches the sign of a brain tumor?

How can I tighten my retainer at home?

More from FindATopDoc on Ketones

Can local anesthesia make you sleepy?

How many days after conception is implantation? 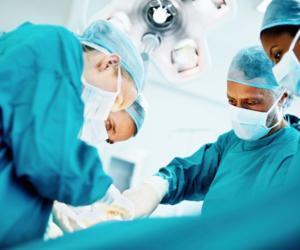 How is Deep Vein Thrombosis Treated?