The low glycemic diet, or the GI diet, as it is popularly known as, is a tool commonly used in weight loss programs. Many diet plans are based on this tool, including South Beach, Nutrisystem, The Zone, Sugar Busters, Glucose Revolution, and Ending the Food Fight. Glycemic index (GI) was originally used to regulate the intake of calories and manage the blood sugar levels for diabetic patients. Since the glycemic diet helps to reduce blood sugar levels, it is helpful to promote weight loss as well.

Carbohydrates generally increase blood sugar levels, but the effect of each of the carbohydrates varies depending on the type of food. For example, the rise in blood sugar levels with a glass of fruit juice is much higher than with a bowl of oat meal. The time taken for the release of the sugar into the blood depends on the type of carbohydrate and the amount of fiber present in the food. 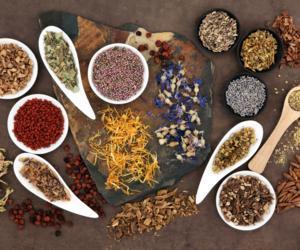 Overconsumption of White Rice Can Lead to Diabetes

The response of the blood sugar levels depends on several other factors, including:

GI refers to the list of how a particular food affects the blood sugar level after having a small portion of the food. In the index, each food is assigned a number from 1 to 100. The number 100 in the index scale refers to the score of pure glucose. Typically foods with GI above 70 is rated as a high GI food, those with GI between 56 and 69 is rated as moderate, and those with index lower than 55 is considered low GI foods.

Most of the low GI foods, including whole fruits, vegetables, grains and beans, are rich in nutrients, less processed, and high in fiber content. According to David Ludwig, MD, PhD, founder of the Optimal Weight for Life program (OWL) at Children's Hospital Boston, having low GI foods with lean proteins and healthy fats helps to person to avoid having less nutritious, high GI foods thus aiding in losing weight. In a study conducted by Ludwig and colleagues and published in the journal Pediatrics, low GI foods were found to reduce hunger among teenage boys. Ludwig adds that having high GI foods trigger a rise in the levels of blood sugar, which is followed by a number of hormonal changes. This makes a person feel hungry soon as these foods are metabolized faster than low GI foods.

There are more benefits to GI diets. Some of the studies show that using GI diet helps to manage the body weight and also prevents diseases. Ludwig suggests that by using GI for selecting the foods will help to improve the overall health, promote weight loss, maintain weight, and reduce the risk of chronic diseases. A study conducted in the European countries regarding the GI diet, and published in the New England Journal of Medicine, found that GI in association with higher protein helps to maintain weight in the participants. But in contrary, according to the 2010 Dietary Guidelines for Americans, GI is not associated with body weight and do not lead to weight loss or weight maintenance.

In another study published in, American Journal of Clinical Nutrition, in an analysis of data from 37 different diets, the GI diet was associated with a lowered risk of heart disease, diabetes, and some cancers. But they do not show that GI diet can prevent conditions like heart disease and diabetes.

The controversy of GI

Looking at the GI, one cannot clearly say that this is an unbiased index. For example, brown and white rice has the comparable GI score just like white bread and wheat bread. Whole grain products are better than the whiter varieties without any doubt. The GI scores of the food vary, but the response of the person also varies considerably. Some of the ratings in the index are confusing like that of the vegetable carrot. Carrots are rich in nutrients and fiber but have a high score on the GI scale.

Further, foods are mostly taken in combination and the impact of the combination food may also vary. The amount of blood sugar released differs when food is paired. As there are so much of variability associated with GI foods, some of the nutrition experts do not consider GI diet as an effective way for weight loss. According to Hope Warshaw, MMSc, RD, a certified diabetes educator and author of books about diabetes including Diabetes Meal Planning Made Easy, using GI to lose weight makes the entire process very complicated and does not simplify the task of choosing healthier foods. Some other experts believe that GI is not effective as there are no evidences to show that higher blood sugar levels are associated with gain in body weight.

GI scale can be used to choose those carbohydrates that are natural, healthy, wholesome, and in the least processed state, says Ludwig. In general, all fruits and vegetables are good carbohydrates even though some of them are high in sugar content. According to Harvard researcher Dariush Mozaffarian, MD, while choosing healthy carbohydrates, one has to lookout for those that are least processed, wholesome, and contain plenty of fiber. One can also look for the ratio of carbohydrate to fiber in a serving. It is better to opt for one, which has a ratio less than 5:1. He suggests that focusing on the overall healthier diet, increased fiber intake, and decreased processed foods are the best options.

Thus, there is no general rule for weight loss and it is hard to define perfect nutritional diets with just one factor. Select healthy, less processed, wholesome carbohydrates, and remember to control the sizes of the portions, and total calories. Not to forget regular physical activity.

Why Does Diabetes Cause Severe Headaches?

Is the Pescatarian Diet Healthy? 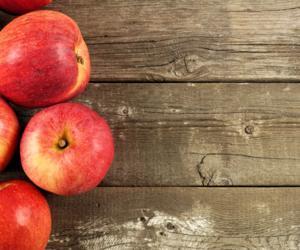 The Phases of the BRAT Diet 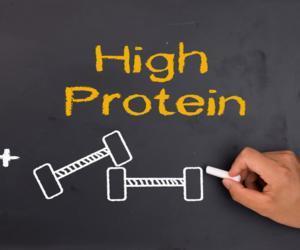 Is the Protein Powder Diet Effective?

The Emotional Rollercoaster of Diabetes

Can diabetes cause heart complications?