According to an interesting study published in, American Journal of Public Health, friends and family members may start sharing the eating patterns after some time. Some of the earlier studies had tried to find the spread of obesity in social networks. In the present study, the researchers wanted to find how much of food and drink habits and choices are shared between friends and family.

For the study, researchers analyzed the socioeconomic and demographic distribution of eating of 3,418 people. All the participants completed three questionnaires about what they had eaten the week before. Researchers then analyzed the association among spouses, close friends and siblings. 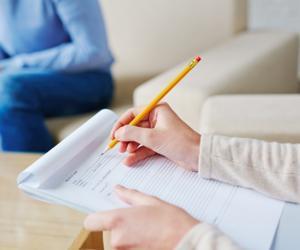 What is the Oedipus complex?

Researcher Mark Pachucki, PhD, Robert Wood Johnson Health and Society Scholar at the UC Berkeley School of Public Health and UC San Francisco Center for Health and Community, says that people who mean a lot to us in our life tend to share the same eating habits, and these people can be used to make healthy choices in diet.

Participants were categorized into seven groups depending on their eating habits:

The analysis showed that spouses were more likely to eat like each other. In general, eating patterns were shared across all the relationships under study. The researchers had accounted for all the socio-demographic factors that could affect the spread of eating patterns.

Eating patterns of alcohol and snacks was the most likely to be shared, according to the study. Pachucki and his co-authors feel that this association makes sense as the items in this can be easily shared and requires less time commitment when compared to full meals. “Moreover, in American society, alcohol is culturally associated with sociability”, he adds.

Pachucki feels that even though people who share similar habits may easily enter into a relationship, it is not a case of like attracts like. Study showed that spouses were more likely to eat alike later in the study than earlier. “Spouses start to eat alike because one of them does all the grocery shopping or they start to eat the local cuisine together," he adds.

What are the psychological effects of using a wheelchair?

Is there a difference between a panic attack and an...

How do you treat major depressive disorder?

Being Influenced by Your Partners's Eating Habits