Researchers have found that krill oil might be beneficial for lupus patients fighting inflammation.

Krill are little shrimp-like crustaceans rich in omega-3 essential fatty acids. Omega-3s are vital nutrients and are used to maintain the healthy function of the brain and retina. EPA, or eicosapentaenoic acid, and DHA, or docosahexaenoic acid, are also fundamental in regulating cell activity and supporting healthy cardiovascular functions. The EPA and DHA in krill oil have a higher rate of absorption compared or bioavailability to fish oil. Why? Krill oil is bound by phospholipids or lipids that are significant components of cell membranes. 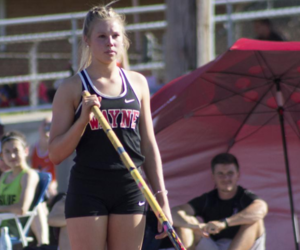 Krill live naturally in the ocean and are about one to six centimeters long. They feed mainly on phytoplankton rich in astaxanthin, or a carotenoid pigment that provides lobsters and shrimps with their distinctive pinkish color. Studies have found that astaxanthin can cross the blood-brain barrier and protect the central nervous system and brain from free radical damage.

Krill are commercially fished in the Southern Ocean and the northern Pacific along the coasts of Japan and Canada. Krill are also particularly abundant along the coast of Antarctica. Krill are used for aqua culture and aquarium feedings, sports fishing bait, nutritional supplements and for food. Japanese krill is a delicacy called okiami.

Krill is so popular that commercial fishing of the crustacean is threatening the populations of penguins, seals, and whales. Whole Foods Market realized in 2010 that selling krill oil was environmentally irresponsible, and the market no longer handles krill oil supplements.

Krill causes no fishy after taste like other fish supplements, plus the little crustacean has a high amount of astaxanthin, which is an antioxidant. Krill oil is proven to have a great benefit for treating those with high cholesterol. In a study published in Alternative Medicine Review, 120 participants with hyperlipidemia were broken into groups and given either a placebo, a dose of 2-3g of krill oil, 1-1.5 krill oil, fish oil that contained 180 mg EPA or 120 mg DHA. Krill oil dosages were based on body mass index measurements. The study found that krill oil was effective in the reduction of total cholesterol, LDL cholesterol, and triglycerides.

Another study in 2011 published in Lipids compared krill oil at 543 mg of combined EPA and DHA to fish oil at 864 mg of EPA and DHA or no supplements on participants with slightly elevated or normal cholesterol levels. After seven weeks, there was an increase in blood levels of EPA and DHA in the krill and fish oil groups, but there were no changes in the blood lipids or oxidative stress and inflammation readings of those who took no supplements.

Krill oil is beneficial in reducing symptoms of rheumatoid arthritis and C-reactive protein, a marker of inflammation. There was a 20.3-28.9% symptom reduction when participants’ diets were supplemented with 300 g daily of krill oil for 30 days. About 31% cut down on their regular medications.

In Alternative Medicine Review, a study found that 1 g of krill oil twice a day for 90 days showed a reduction of PMS symptoms. PMS symptoms were reduced by using krill oil over other fish oil.

Clinical trials are on-going to determine if krill oil works on those with lupus. Lupus is an incurable autoimmune disease, and some symptoms are similar to rheumatoid arthritis.

In lupus, the body’s immune system attacks its own tissues and organs. When you have lupus,  you experience inflammation, swelling, fatigue, rashes plus damage to joints, skin, blood, the heart, your kidneys, plus the lungs. Lupus strikes mainly women between the ages of 5 and 45, but men can also develop lupus.

In the krill oil trials, 76 subjects diagnosed with lupus volunteered to receive either four 1g capsules (morning and two at night) of krill oil or a placebo daily for 24 weeks. Patients stayed on their regular medications but were asked to decrease their doses of glucocorticoids during the first 20 weeks of the trial.

It is typical that those with lupus have low levels of omega-3 fatty acids. Omega-3 fatty acids in the body can control chronic inflammation. Research is ongoing to see if the potential for omega-3 supplementation will reduce lupus symptoms. One study at the University of Ulster in Northern Ireland used omega-3 from fish in 27 subjects. The symptoms of lupus were significantly decreased. Researchers believe krill oil will reduce lupus symptoms even better than fish oil.

Researchers claim that products from the sea like krill oil and its fantastic omega-3s can be an excellent resource for the medical community.

“Our planet is 70% oceans, yet only half a percent of all the medicines in the world are coming from the oceans. It is obvious that many solutions to the big medical riddles must come from the oceans,” said Matts Johansen, CEO of Aker BioMarine, in a press release. “We are so excited that molecules from krill can potentially reduce the symptoms associated with lupus. We are immensely proud to be able to work with the Lupus Research Alliance on this ground-breaking trial. There has been only one new drug developed to treat lupus in 60 years, which is why we are going all in to dedicate our resources to try to provide a natural alternative for people with lupus.”

The Fight Against Inflammation

One of lupus’ symptoms is inflammation in your body. Omega-3 fatty acids in krill oil have essential anti-inflammatory functions. Researchers believe that krill oil might even be more effective in fighting inflammation than other marine omega-3 sources.

A test-tube study discovered that krill oil decreased the manufacture of inflammation-causing molecules when damaging bacteria were found in cells that make up the intestines.

More studies are needed to determine the best dosage of krill oil. Right now, health organizations recommend 250-500 mg per day of DHA and EPA. Doctors suggest that you do not take over 5,000 mg of EPA and DHA per day from your diet or supplements.

If you are allergic to seafood and specifically crustaceans, don’t use krill oil. Side effects may include diarrhea, indigestion or anaphylactic shock.

If you have bleeding disorders or take medications or supplements that cause a risk of bleeding, such as warfarin, heparin, aspirin, garlic, ginkgo biloba, clopidogrel or non-steroidal anti-inflammatory medicines or NSAIDs like ibuprofen, take krill oil only under a doctor’s care. Don’t take krill oil at least two weeks before scheduled surgery or two weeks after surgery.

Krill oil has an anti-clotting effect at high doses, even though evidence suggests these high levels may not be harmful. Krill oil has not been tested for safety during pregnancy or breastfeeding. If you have certain medical conditions, children, or pregnant women should not use krill oil without talking with their doctors. 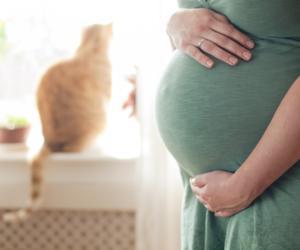 Being Pregnant with Lupus: Tips for Mothers To-Be 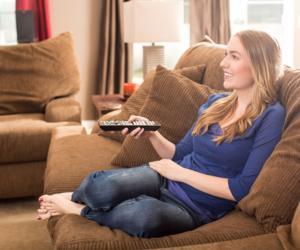 Lupus: How Binge-Watching TV Shows Can Help Get Through... 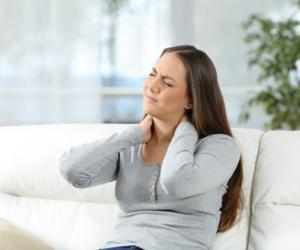 Black Panther Star Micheal B. Jordan Lives with Parents to Support His Mother with Lupus

Why is it hard for me to breathe when laying on my side? Do my lupus have anything to do with it?