Plastics are abundantly used in most everyday life purposes. They are used in the majority of daily foods consumed like soft drinks, packaging trays, frozen ready-meal trays, and in very many other forms relating to everyday meals. These plastics are produced from a wide range of chemicals in different approaches. In most cases, plastics have become a very best alternative for use, often replacing expensive and handy materials like metals or woods due to their availability, weight and cost. 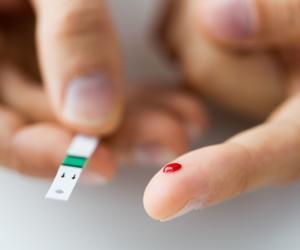 Does Diabetes Increase My Risk of Developing Kidney...

But what’s the effect? Exposure to phthalate occurs through inhalation, dietary intake, as well as dermal and intravenous exposure via medical devices and consumer products as discussed from one investigation. Phthalates have some challenging and unconcluded effects (as there is no big body that has come up with extensive research with evidence proving the causes of phthalate) in regards to safety to human health.

To improve the safety of human health and avoidance of using plastics, most countries are gradually replacing plastics in many of their products with other best alternatives that are safe to human health. Countries like the United States, Canada, and most parts of Europe have taken serious initiatives. Nonetheless, there isn’t any definitive evidence of phthalate to cause serious illness and as a result, phthalates are still prevalence and are widely used globally.

The research involved the study of the links between phthalates and long-term effect to human health as published in the Environmental Research journal. It was headed up by Professor Zumi Shi, from Adelaide’s Medical School University with her researchers based at the University of Adelaide and the South Australian Health and Medical Research Institute.

The study was the first of its kind to conduct phthalates exposure among the Australian urban dwelling men. Data taken from 1504 males (aged 35-84 years) shows that 99.96 percent of them were detected with phthalates.

The method used entails the provision of the urinary sample at “Men Androgen Inflammation Lifestyle Environment and Stress (MAILES)” from a randomly selected group of community-based men and urban-living men from Adelaide.

The procedure entails the following process

The outcomes from the study depict that out of the total number of samples taken, total phthalates were found in 99.6% of urinary samples. The geometric mean of 95% CI was 114.1 µg/g creatinine (109.5-118.9). The results revealed that higher total phthalate levels had a higher association with high levels of hs-CRP, IL-6 (with all p < 0.05) and TNF-α but not MPO. Type-2 diabetes, cardiovascular disease, and hypertension had a positive association with urinary total phthalate concentrations. There were 1.78 for cardiovascular disease, 1.84 for type-2-diabetes and 1.14 for hypertension prevalence ratios when comparing extreme quartiles of total phthalate.

"We found that the prevalence of cardiovascular disease, type 2 diabetes, and high blood pressure increased among those men with higher total phthalate levels," said Professor Zumin Shi who is the leader of the research. This study has a direct correlation with previous research which shows that the increase in age and western diets has direct relations to higher concentrations of phthalates. There are higher levels of phthalates in males who rely mostly on carbonated soft drinks, packaged and processed foods with less dependency on vegetables and fresh fruits. From the study, 82% of the men were overweight or obese (a condition known to cause or increase the risk of chronic disease). Moreover, lifestyle and socioeconomic factors were other considerations. Adjusting these conditions and analysis, the results remained relatively unchanged and were still significant.

So do phthalates cause disease?

"While we still don't understand the exact reasons why phthalates are independently linked to disease, we do know the impact of the chemicals on the human endocrine system, which controls hormone release that regulates the body's growth, metabolism, and sexual development and function."

The study also shows that higher levels of phthalates are linked with an increase in inflammatory biomarkers. This condition demonstrates other research works done in pro-inflammatory effects of phthalates. Chronic diseases are often referred to as lifestyle diseases. This is because of their connection with lifestyle factors like diet, inactivity, and smoking, which all play a key role. Another examination in research has shown interest in studying the potential of environmental factors which might also play a key role in chronic related diseases. Results indicate that phthalate ingestion is one of the factors involved. Professor Shi advised that reducing environmental phthalate exposure and adoption of healthier lifestyles contributes to a low risk of chronic disease.

Studies at Milken Institute School of Health led by Ami Zota were among the first researchers to carry out an association that exists between fast-food ingestion and exposure to the chemicals. Published in the journal Environmental Health Perspectives, this research noted that eating fast foods contributes to high levels of chemicals called phthalates which potentially have a high risk of contributing to chronic diseases. The study involves investigating data from 8,877 participants by collecting urinary samples and distributing questionnaires to each of the participants. Respondents were then asked to give their information on what they had eaten in the last 24 hours including fast food.

To come up with analysis, the team tested participant’s urine to investigate if it had phthalates breakdown products DiNP and DEHP. Results show that participants who rely on most of the fast food had 23.8% higher levels of DEHP and 40% higher levels of DiNP compared to those who rely less on fast foods. Research indicated that the most significant contributing items to phthalate exposure are grain-based foods and meat. Research Lead investigator Ami Zota says that:

“People who ate the most fast food had phthalate levels that were as much as 40% higher. Our findings raise concerns because phthalates have been linked to a number of serious health problems in children and adults.”

From the established evidence, when DEHP and DiNP get into the body, it can cause problems in the reproductive system. With this vast array of research, it could take time until larger studies are carried out in order to fully confirm the actual effects of phthalates and fast food to human health. Zota advises people to rely mostly on whole food so as to avoid phthalates in their bodies which might be harmful to their health. There is much benefit in consuming whole foods than fast foods.

Does Metformin ensure that I won't have diabetes because...

Can weight loss help me get rid of my diabetes?

My husband feels anxious due to his diabetes medication....

Will my blood sugar levels reduce if I exercise and reduce weight?

When does medication start for diabetes?