For most people, coffee is their morning miracle and those who drink it first thing in the morning cannot even imagine getting up without it to start their day. For anyone suffering from an inflammatory bowel disease, the side effects from drinking coffee are the farthest thing from a miracle. Coffee tends to have negative effects on those with IBD. Not only does coffee stimulate the bowels, it also can induce stress and insomnia. Most doctors will recommend a patient that is diagnosed with an IBD to either stop drinking coffee or not start. Even if this is mentioned as part of a diagnosis or treatment plan, most patients, if already coffee drinkers, will continue to indulge in their favorite beverage. It is safe to say, like many other habits, moderation is key. For some, even drinking coffee in moderation is too difficult.

Nearly half of Crohn’s patients experience harmful effects from coffee, but not harmful enough to lead them to stop drinking it

A study performed in Switzerland in 2015 surveyed the effects of coffee on 442 patients. It was found that over ⅔ of their patients continued to drink coffee. The survey also determined no certain subtype of IBD is associated with an IBD patient rate of coffee consumption, but that there are various perceived effects from coffee on symptoms between patients suffering from Crohn’s or colitis. Nearly half of all the patients that were surveyed for suffering from Crohn’s have noticed adverse effects while drinking coffee. Alternatively, only 1 in 5 colitis patients have experienced negative effects from drinking coffee. Despite negative effects from coffee consumption, this did not cause patients to reduce the regular intake of coffee. The study also drew the conclusion that the high number of coffee drinkers suffering from IBD may be due to the uncertainty of the exact role of coffee consumption in their symptoms. Some literature discussing coffee and other gastrointestinal diseases often suggests beneficial properties of coffee and specific coffee components.

Can you suggest a diet for IBD?

Although there is limited specific evidence that links coffee to increased flare ups of IBD symptoms, most physicians recommend avoiding caffeine all together. It has been proven that caffeine can cause more frequent urination and therefore lead to dehydration. Water is an important part of the digestion and elimination process. It is important to drink lots of water to stay hydrated especially if a patient’s symptoms include diarrhea. The diuretic effect of caffeine also causes excretion of fluid through the kidneys which leads to dehydration. Not only does coffee contribute to these symptoms, but it also promotes gastro-oesophageal reflux (GORD) that includes symptoms such as acid reflux, heartburn, and in some cases difficulty breathing. Drinking coffee can contribute to these symptoms further.

Coffee also stimulates the gastrointestinal tract to overactivity. For more susceptible people, coffee produces a laxative effect. Even just in small doses, coffee can cause very loose stools and an urgent need to go. More often than not, patients experience similar effects on the GI tract when consuming decaffeinated coffee proving the laxative effect is not solely due to caffeine.

The caffeine in coffee can also suppress the appetite. Patients suffering from IBD typically live on a restricted diet and therefore may already lack some nutrients. This is another reason to limit or eliminate coffee from a diet when diagnosed with IBD. If it is seen that someone is undernourished, it is in their best interest to be mindful that not everything they consume will affect their appetite negatively. Coffee also decreases magnesium absorption. If magnesium is low in the body, it will be pulled from cells to maintain plasma concentration. Magnesium deficiencies are hard to detect. It is important for IBD patients to maintain adequate magnesium levels which promote bowel regularity. It is also crucial for the biochemical process involved in healing wounds, therefore, is vital for the healing of the irritated lining of the colon.

The relationship between caffeine and certain neurotransmitters in IBD

In addition to appetite disruption, caffeine also interferes with the GABA (Gamma-aminobutyric acid) metabolism. GABA is a neurotransmitter that is naturally produced in the brain and GI tract. It is an essential part of mood and stress management and also produces a calming effect for the GI tract. Caffeine interferes with the process of GABA binding to GABA receptors which prevents this process from performing its calming function. In most IBDs, the lack of the GABA effect only increases the severity of symptoms caused by an irritated GI tract. Not only that but the GABA’s role in stress management is also limited with the presence of caffeine.

Caffeine consumption can also negatively impact sleep patterns. Cutting out caffeine can help reduce sleeping difficulties if they result from IBD symptoms. Lack of sleep can also contribute to elevated stress levels. Not only that but caffeine can also elevate the release of stress hormones in the body. This causes blood to be diverted from the stomach and can interfere with digestion. It also causes decreased circulation of oxygen to the brain and extremities and suppresses the immune system. The hormone release is the body’s innate trigger of the “fight or flight” response which gives the body a temporary energy boost for intense physical activity. A continual state of increased stress from caffeine consumption can affect overall health especially for those suffering from an IBD. These diseases create a sensitivity to stress particularly because neural control of the GI tract is affected by stress and emotions.

Additionally, the acidity of coffee irritates the intestines. Decaffeinated coffee has been shown to increase acidity more significantly than regular coffee or caffeine alone. Both stimulate gastric acid and raise serum gastrin levels. Coffee is highly acidic and can stimulate the hypersecretion of gastric acids. In other words, coffee can speed up the process of gastric emptying and can result in highly acidic stomach contents passing through the stomach too soon which can injure intestinal tissue.

The relationship between IBD and coffee is complicated, but for most patients, the risks might not be worth the reward

These points create a valid argument for anyone suffering from GI disorders to reduce or eliminate coffee consumption as well as other sources of caffeine. For IBDs such as Crohn’s and colitis, the lower GI is already irritated and typically hypersensitive. Relief from these symptoms can be found simply by eliminating coffee and caffeine consumption. Typically doctors would recommend weaning off coffee so that the process does not produce a shock effect on the body which may cause further complications. Nutritional professionals offer support to eliminate the coffee habit through a process of substituting a non-caffeinated, soothing alkaline herbal coffee.

Some coffee drinkers may experience caffeine withdrawal symptoms such as headaches, fatigue, and brain fogginess. These symptoms will lessen as the body gradually adjusts to less reliance on stimulants. The coffee alternative brews just like coffee. It has the familiar deep roasted flavor as well as the coffee aroma.

Remember that it always helps to be completely open and honest with your doctor when talking about your symptoms, as well as voicing your concerns when it comes to your treatment plan. 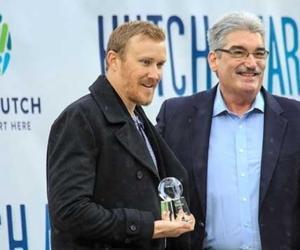 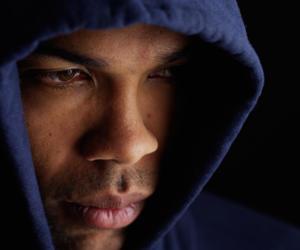 How to Take Control of Crohn’s Flare-Ups

How to Avoid Crohn's Flare-Ups