What is fulvic acid?

Fulvic acid is considered to be a nutrient booster when it is acquired in its natural form when we come into contact with soil or outdoor dirt or when taken as a supplement. Fulvic acid is known to be an active chemical compound, which helps absorb and use other nutrients in a better way. A few of those nutrients would be probiotics, minerals, fatty acids, and antioxidants.

There is a connection in between the content of fulvic acid found in food and the soil, which the foods are grown. It is considered to be an excellent transporter of nutrients, which are rich in energy. Due to the presence of electrolytes, fulvic acid can absorb the important nutrients through the digestive system. Hence, fulvic acid is helpful in various digestive processes. 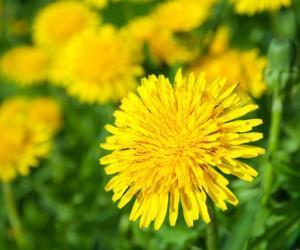 Fulvic acid is also becoming quite popular for its benefit in slowing down the aging process. It also helps improve the digestive functioning and promotes brain health. It can also fight free radicals due to its chemical structure. Free radicals are the ones that can cause premature aging and other chronic medical conditions. If you are considering taking fulvic acid supplements, then it would be most effective when they are taken with meals or before meals.

Fulvic acid is a natural product of microbial metabolism. It means that fulvic acid is produced when there is decomposition of organic plant matter, wherein millions of good bacteria are released. It is one of the reasons why fulvic acid is considered to be loaded with a lot of health benefits for the human body.

1. Aids in the Digestion and Absorption of Nutrients

The organisms obtained from fulvic acid can be taken in small doses, which can still cause significant improvements in the ratio of bacteria that live in the gut. It can also lower digestive symptoms such as diarrhea, constipation, sensitivity towards any food, and bloating.

Apart from providing raw nutrients, fulvic acid is also considered as a transporter of minerals and other nutrients to the cells in a more effective and efficient manner. It also helps promote the absorption rate of the nutrients by making the cells more penetrable. It also helps fight off inflammation within the digestive system.

Fulvic acid, when taken as a supplement, would help restore the optimal pH levels in the body. Humic acids may help prevent the development of chronic medical conditions. They may also strengthen the body’s defense system against harmful microorganisms through alkalization of the body and prevention of a highly acidic environment from forming.

2. Boosts the Immune System and Gut

Fulvic acid along with other humic acids are known to contain plenty of nutrients, which help in the improvement of the gut. Such nutrients include silica for collagen synthesis, electrolytes, prebiotics, trace minerals, probiotics, and fatty acids. These essential nutrients can help in providing a healthy nourishment to the digestive tract along with boosting the growth of good bacteria and making them form a healthy microbiome environment.

To build a healthy immune system, one would need to make the digestive process strong. A healthy digestive system also leads to control in the production of hormones, reduces stress response, and regulates the appetite. In the ancient times, a remedy called shilajit was used, wherein it contains around 60 percent of fulvic acid.

Shilajit has been widely used in traditional Ayurveda medicine for treating a wide array of health issues. It was mainly used to improve a poor digestive system or an unhealthy immune system. An unhealthy gut is an open invitation to a number of chronic conditions. It is one of the reasons why the leaky gut syndrome is harmful to one's health.

When particles in the gut escape through the gut's lining and enter the bloodstream, where it shouldn’t be, it leads to a lot of issues. In such instances, it triggers inflammation and an autoimmune reaction takes place. There have been certain studies carried out to confirm that the intake of fulvic acid has led to a reduction of digestive problems and other issues such as small intestinal bacterial overgrowth (SIBO), bacterial infections in the respiratory or urinary tract, inflammatory bowel disease (IBD) and flu.

Humic acids are considered to be very beneficial in the digestion process and also in the improvement of energy due to their detoxifying capabilities. Humic acid is capable of binding as well as breaking down the toxins and metals, which tend to enter the body through food, water, air pollution, prescription medications, including household products.

In the environment, fulvic acid is found in soil, rocks, lakes, ocean water, and streams. Humic acids along with ions form complexes. These ions are commonly found in the environment and create tight humic colloids that help in the filtration of water, detoxification, and agricultural processes.

There are ion-selective electrodes in humic acid that are used for attracting heavy metals even when it comes for the filtration of water and soil since they are known for binding to certain things such as iron and copper.

Due to the powerful electrolyte properties of fulvic acid, it is known to balance and prolong a cell’s life span. According to one study, it was revealed that fulvic acid can revitalize dying cells. Fulvic acid is also known to process various heavy metals found in these cells, so that the cells can efficiently move through the system. It also helps in boosting the life of the cell by improving their health.

5. Overall Improvement in the Functioning of the System

As mentioned earlier, fulvic acid provides electrolytes that enhances the electric potential of the cells, at the same time, also provides benefit for mineral deficiencies, which are most often embedded at the cellular level. One example would be the deficiencies of magnesium, iron, and calcium since having these conditions becomes more difficult for the cell to absorb without any adequate levels of fulvic acid in the body.

This would lead to the person’s overall electric potential to become negatively affected due to the loss of fluids, being sleep deprived, having a lot of emotional-related stress, and loss of appetite. Hence, it becomes important to improve the electric balance in the cells, which would help defend the body against a lot of health problems such as weakness, getting sick, and other problems associated with low levels of energy.

There are free radicals present in our body. They fight against pathogens, regulate hormones, and also supply proper energy throughout the body. But too much of these free radicals often lead to a faster aging process, which ultimately results in the formation of diseases.

To top it all, due to lifestyle changes, exposure to harmful pollutants in the environment, lack of proper nutrient intake, increased exposure to ultraviolet rays, drinking or smoking, and increasing the intake of junk and processed foods have all created a bigger problem in raising the levels of free radicals, which lead to increasing damage.

Fulvic acid is known to contain antioxidants, which can counter the effects caused by the free radicals, thereby helping the body to detoxify unnecessary toxins that contribute to the overall problem. A few of the toxins would include radioactive waste, various types of chemicals used in agriculture, and heavy metals.

Antioxidants are also known to increase the life of the cells by providing electrolytes, which have various functions in the brain, digestive system, heart, and muscles.

According to research, individuals who had taken fulvic acid had reported an improvement in energy levels. This could have been due to the increased detoxification carried out in the body, lower levels of inflammation, and less free radical damage. Studies have shown that similar to the natural and organic electrolytes, humic acid also activates and energizes most biological processes in the body.

What does an electrolyte do?

Basically, an electrolyte is soluble in water and it works by conducting electrical currents, which would help the cells to survive during any damage due to any kind of stress, improper diet or lack of essential nutrients in the diet, uncontrolled infections, loss of sleep for a longer duration, and any kind of surgical shock.

Fulvic acid becomes useful in lowering any kind of chronic pain such as nerve pain, pain in the muscles and joints due to arthritis, headaches, or pain due to bone and muscle aging. There have been certain studies conducted to confirm that electrolytes also help in the reduction of swelling and inflammation, promotes muscle relaxation, and a healthy body circulation.

On the other hand, an electrolyte imbalance can lead to worsening symptoms and other health issues.

Healthy for the Skin

Humic acid can help protect the skin and may also help in treating any kind of skin irritation or wound due to bug bites, rashes, and eczema, which are all linked to germs and fungal infections.

Fulvic acid supplementation is known to cause a significant improvement in eczema symptoms compared to other types of conventional methods used. In the past, fulvic acid was also used as a remedy for treating rashes due to viral infections, poison ivy, spider bites, poison oak, and athlete’s foot.

How does fulvic acid work?

Fulvic acid is also available in the form of supplements. It comes in liquid and solid forms. One of the unique things about fulvic acid, when compared to other organisms found in the soil, is that it is able to easily pass through the cellular membranes. This permeability allows the proper absorption along with boosting the assimilation of other supplements.

It is also known to have immense benefits for the plants, water or agriculture, and soil fertilization. Fulvic acid is known to improve the ability of the plants to grow due to an increase in penetration in the plant membranes, thereby absorbing the essential nutrients from the ground.

Fulvic acid is also known to slow down the aging process along with controlling inflammation since it has been the major source of key electrolytes and antioxidants. Due to fulvic acid, there have been various improvements in the cellular processes such as healthy functioning of the heart and brain, good functioning of the muscles, and an increase in the digestive abilities.

Are Ginseng Supplements Beneficial to my Health? 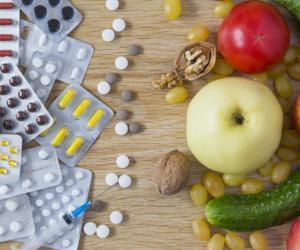 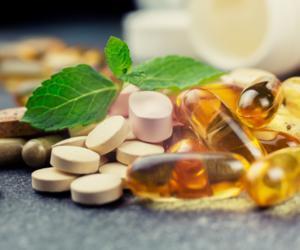 Do I Need DHEA Supplements?

Can diet influence our sleep?