Genetically modified organisms (GMOs) are genetically altered plants, animals, or microorganisms. In GMOs, their DNA is artificially altered instead of undergoing natural processes such as mating or natural recombination. The artificial alteration is possible with the help of modern biotechnology or gene technology.

The new techniques used in GMOs are also supported by "recombinant DNA technology" or "genetic engineering". Selected individual genes can be transferred from one type of organism to another more significantly. The process also supports the transfer between non-related species. The food produced using GMOs are called as genetically modified (GM) foods. Even single selected genes can be used along with different organisms. The foods are manufactured using natural ways and offer complete safety.

Have a question aboutGenetically Modified Organism (GMO)?Ask a doctor now

Why are GM foods produced?

GM foods are mainly developed and marketed for the benefit of both manufacturers and consumers. The products are in demand and are sold at higher prices, thereby having better benefits. The products are added with innovations and GM food developers offer the products either directly in the market or to the producers who help farmers in growing the products. The process helps the farmers to be involved in the process and can directly deal with the market. It offers benefits to farmers and it enhances the food industry, which is considered to be an achievement. Instead of allowing middlemen to operate and sell GM foods, the idea is to offer better facilities to farmers who develop the food products with innovations.

Presently, the main aim of GM food producers is to increase the production of food items in terms of various fruits and vegetables and also to extend crop protection, which not only helps in developing high-quality food products, but also protects the crops and the entire cultivation against diseases and possible harm. It addresses issues regarding the introduction of various methods to resist possible insect attacks, various plant diseases, and the increasing menace of herbicides.

The resistance towards insects can be achieved by incorporating a toxic gene into food crops. The toxin is mainly made of the bacterium Bacillus thuringiensis (Bt), which efficiently works by offering complete protection to GM crops. Nowadays, the form of toxin used is the conventional form of insecticide, which is common in agriculture. Moreover, it does not have any side effects, which makes GM foods safer and healthier to eat. The toxins used in GM foods are of lower quantity, and the insecticides are only used in specific situations. Earlier, when toxins are used and applied to plants, they could offer complete resistance to viruses. However, they could also damage the plants if the toxins applied are not enough in quantity. But now, the toxins help in creating virus resistance among the plants, which also helps in getting a higher yield of crops.

The gene from such bacteria can be introduced to help achieve a herbicide tolerance. The quantity of the herbicide will be reduced resulting in high weed pressure.

Generally, consumers consider that conventional foods, especially those that have an established record of safety consumption throughout history are safer than GMOs. Whenever novel varieties of organisms for food use are developed using the traditional breeding methods that had existed before the introduction of gene technology, some of the characteristics of organisms may be altered, either in a positive or a negative way. National food authorities may be called upon to examine the safety of such conventional foods obtained from novel varieties of organisms, but this is not always the case.

According to the national authorities, some of the new techniques, which are offered for the processing of GM foods are acceptable without any objections, and such changes make the quality of the food product higher. It increases the quantity of the product as well. These steps are always welcomed by food authorities. Also, the new techniques that help reduce environmental pressure and make use of natural energies are most appreciated. It helps human beings from avoiding some of the rigorous traditional methods of producing food. The new techniques introduced in GM foods have brought changes in human lives and also helped in making various processes environment-friendly.

How are GM foods assessed?

The safety measures offered by GM foods are mainly focused on the following factors:

What are the major health issues concerned?

There are many health-related issues with the consumption of GM foods. Such issues are needed to be consulted along with its major or minor advantages. The three major issues are:

It is recommended that the gene should not be allowed to be passed into non-allergic organisms from the allergenic organisms. This is against the rules and the principles defined. Only the genes having enough protein contents and those that are not allergic at all are considered to be transferred.

The system defined to test GM foods for possible allergenic contents are scrutinized by the Food and Agriculture Organization of the United Nations (FAO) and WHO. According to the reports available regarding GM food products, it is clearly stated that GM food products in the market do not have allergic effects.

Outcrossing is the process of transferring genes from GMO plants into traditional crops as well as mixed forms of conventional plants with GMO crops. The outcrossing process may have an indirect effect on food safety. According to available reports, animal-related GM crops or the crops used for industrial purposes are not suitable for human consumption. Some countries have developed ways to properly separate fields where conventional and GM crops are grown.

How are risk assessments done?

The entire assessment process involves various factors, which include the stability of the surroundings, ecological elements, and the evaluation of GMOs. The assessment is a lengthy process of combining different aspects together for a better understanding. It helps in taking timely and most appropriate decisions. The other part of the assessment is to find more about the various effects that could have taken place during the insertion of the gene.

Some of the environmental concerns involve the following factors:

Various GMOs have a different set of genes that are highly useful in a lot of ways. It means that most GM foods are safe. GM foods are also tested for both antibiotic and allergic reactions.

GM foods are internationally available in the market these days. Moreover, the food is tested for all of its properties and overall quality. The food remains of superior quality and has passed all tests, which are made compulsory for all GM foods. GM foods are also maintained using high standards and are usually never compromised when it comes to quality. The new techniques and the introduction of genes into GMOs have changed the way of life for most people.

What kind of GM foods are in the international market?

Nowadays, GM foods are revolutionary products that have become part of everyday life. GM foods are 100 percent safe and are designed on the basis of the following main principles:

Is breathless associated with the heart or the lungs?

Are varicose veins the same thing as spider veins? 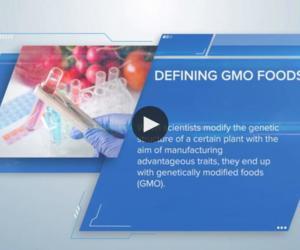