There are many heavy cream substitutes. Some of them have added protein while others are low in fat and calories.

Heavy cream, also called heavy whipping cream, is a staple ingredient cooks and bakers use. It is often used in many different recipes, such as sauces and soups, including ice cream, sour cream, and homemade butter.

Heavy cream comes from the high-fat part of fresh milk, and when milk is left to stand, heavy cream can be scraped off on top of it. Heavy cream also consists of 36-40 percent of fat and has a higher fat content than other creams, such as whipping cream, light cream, and half-and-half. 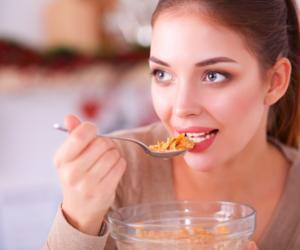 A Girl's Guide to Food

However, heavy cream may not be a suitable choice for everyone because it contains dairy and is high in fat. The good news is that there are plenty of heavy cream substitutes, which are dairy-free and lower in fat. Continue reading to know some of the best substitutes for heavy cream.

Heavy cream in recipes can be substituted by an equal amount of coconut cream for a dairy-free alternative. Coconut cream is a great vegan substitute for heavy cream. It can be made at home from scratch using coconut milk or purchased pre-made for convenience.

To get heavy cream from coconut milk, simply chill a can of coconut milk in the fridge overnight. Scoop out the thick, hardened coconut cream and use it when substituting for heavy cream. Coconut cream can be cooked, baked, or whipped.

Use an equal amount of heavy cream for coconut cream when using it for baked goods, sweet treats, topping for desserts, and even coconut ice cream. However, know that it may slightly alter the flavor of the final product since it has a distinct flavor of coconut. For this reason, only use coconut cream in suitable recipes.

Evaporated milk is a canned milk product that has less 60 percent water, making it thicker and creamier than regular milk. If you are looking for a lower-calorie alternative to heavy cream, you can use evaporated milk in some recipes, such as baked goods, where heavy cream is a liquid ingredient. However, evaporated milk does not whip as well as heavy cream and does not provide the same thickness.

You can replace heavy cream in recipes with an equal amount of evaporated milk for best results.

To make 1 cup of this heavy cream substitute, add ¼ cup of melted butter to ¾ cup of milk. To help thicken the mixture, you can add a tablespoon of flour, especially when using low-fat milk.

The combination of cornstarch and milk as a heavy cream substitute may work well if you are looking for a low-calorie and low-fat alternative.

Cornstarch is added to milk, which can either be whole milk or skim milk, to help recreate the thick texture of heavy cream. This combination will not whip well as heavy cream but may be particularly useful when it comes to cooking.

To use cornstarch and milk as a substitute for 1 cup heavy cream in recipes, add 2 tablespoons of cornstarch to 1 cup of milk. Combine the mixture well until it thickens.

Another great alternative to heavy cream is using a mixture of Greek yogurt and whole milk. This mixture can help thicken up recipes and can help provide a protein boost due to Greek yogurt’s high protein content.

This mixture is also thicker than heavy cream. However, you can thin it out by adding milk until you achieve a consistency that is similar to that of heavy cream.

This combination can be used in recipes that require whipping. Half-and-half is made from cream and whole milk. However, it only has a third of the fat content of heavy cream. The butter in this mixture increases half-and-half’s fat percentage, making it a good substitute for heavy cream in most recipes. When it comes to certain soup and sauce recipes, half-and-half without butter can be used to replace heavy cream.

To replace 1 cup of heavy cream in any recipe, combine 1/8 cup melted butter with 7/8 cup of half-and-half.

Cottage cheese is produced from the curds of cow’s milk. This low-calorie cheese can also be produced with varying levels of milk fat (e.g., regular, non-fat, or reduced fat). It makes a healthy substitute for heavy cream since it is rich in protein along with many micronutrients. It can help thicken sauces just like heavy cream.

However, cottage cheese can have a considerable amount of sodium. Try to adjust the amount of salt in your recipe if you are salt-sensitive.

This fresh cheese is made from cream and milk. Although cream cheese is the star ingredient in cheesecakes and is often used as a spread for bagels, it is also a good substitute to use in recipes that call for heavy cream.

Another dairy-free substitute to heavy cream is the combination of olive oil and soy milk. Similar to butter and milk, olive oil adds extra fat to soy milk.

To achieve the thickness and flavor of a cup of heavy cream, mix 1/3 cup of olive oil with 2/3 cup of soy milk. You can use this heavy cream substitute in baking and cooking to add more taste and tenderness, but not in recipes that require whipping.

There are many heavy cream substitutes. Some of them have added protein while others are low in fat and calories.

However, substituting ingredients can alter the texture and taste of the final product, so make sure that replacements are also compatible in both sweet and savory recipes.

What kind of diet is good for healing muscle tissue? 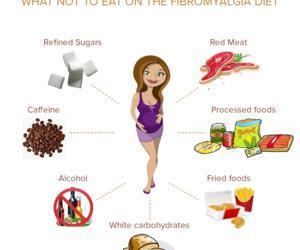 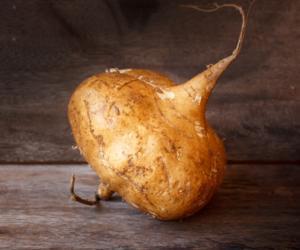 What Is Jicama: Health Benefits and Weight Loss