Celiac disease is an autoimmune disorder triggered by gluten exposure. Gluten is a protein found in barley, rye, and wheat. The disease is sometimes called as celiac sprue, which results in the inflammation of the small intestine.

When a person has celiac disease, consuming anything that contains gluten triggers an immune response in the small intestine. As time goes by, the reaction of the immune system damages the lining of the small intestine, which leads to the malabsorption of some nutrients. The damage usually causes gastrointestinal problems such as diarrhea and bloating, fatigue, anemia, and weight loss, which can lead to serious health complications. 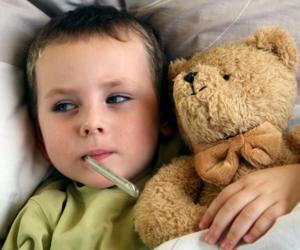 Understanding the Connection Between Celiac Disease...

There is no cure for celiac disease. However, most people with celiac disease manage their symptoms by following a strict gluten-free diet.

1. Gluten sensitivity is the same thing as celiac disease.

Both gluten sensitivity and celiac disease occur due to gluten reaction. Gluten is a protein found in rye, wheat, and barley as well as in foods and beverages containing these grains. The gastrointestinal symptoms are also similar. About 1 percent of the US population is affected by celiac disease. In celiac disease, the intestinal villi are damaged due to gluten consumption. Hence, nutrient absorption is significantly affected.

Although both conditions involve gluten reactions, celiac disease is due to a mutation or abnormality of a gene, which is then triggered by gluten consumption. For a while, some people may tolerate gluten, and then suddenly, their body stops tolerating it. The disease can develop at any age and the turning on or off of these genes is determined by the microbiome in the gut.

When it comes to gluten sensitivity, the condition is not linked to genetics or regarded as an autoimmune disease. Without any symptoms, small amounts of gluten can be tolerated in people with gluten sensitivity. On the other hand, celiac disease is a lifelong condition, which makes people with celiac disease stay on a 100 percent gluten-free diet.

Although celiac disease usually causes gastrointestinal symptoms, any organ in the body can be targeted since it is a systemic disease. Immune cells can leave the GI tract and start affecting other parts of the body, which explains other symptoms such as headaches, anemia, fatigue, weight loss, rashes, joint pain, irregular monthly periods, pregnancy complications, and infertility.

3. Celiac disease is not serious despite its unpleasant symptoms.

If celiac disease is left untreated, it increases an individual’s risk of developing thyroid problems, neurological and cardiovascular disease, osteoporosis, and certain types of severe infections. There was a study conducted in Brazil in 2015 that involved more than 100 patients, who had celiac disease. It was found that 69 percent of the patients had either osteoporosis or osteopenia when they were diagnosed with celiac disease.

Another feared complication of the disease is cancer. It is quite important to get a proper diagnosis since people with celiac disease have an increased chance of developing non-Hodgkin lymphoma, which is a cancer that begins in the lymphocytes (cells that are part of the immune system).

4. Celiac disease can be cured by a gluten-free diet.

It is important to note that celiac disease does not have a cure. However, there is a need for people with the disease to eliminate gluten from their diet. They must avoid gluten to prevent having symptoms and developing long-term complications. In this case, food labels must be carefully read since gluten can be present in unsuspecting food items such as salad dressings.

People with celiac disease don’t really need to pay much for gluten-free food items since there are certain things that are naturally gluten-free. Consumers must also be careful because there are absurd exploitations in the gluten-free market.

When it comes to gluten-free beauty products, remember that gluten triggers a reaction in the body if it is ingested. Therefore, there is no need to worry about gluten being an ingredient in hair products, moisturizers, or make-up.

5. You can outgrow celiac disease.

You cannot outgrow celiac disease because it is a chronic autoimmune disease. Once diagnosed with celiac disease, you need to strictly follow a gluten-free diet.

Food and drinks that contain gluten with less than 20 parts per million (ppm) is allowed. A gluten-free diet helps the small intestine to recover. Eliminating gluten from your diet also helps you prevent complications and malignancies in the future.

6. Only children get celiac disease.

Celiac disease can develop at any age, even if you have been previously tested negative for the disease. A delayed diagnosis is quite common. According to research, the average time it takes to be diagnosed is 13 years.

Celiac disease is not rare. In fact, the disease affects at least 1 percent of the American population or nearly 3 million Americans. It is considered as the most prevalent genetic autoimmune disease in the world.

8. Only skinny people have celiac disease.

According to research, most people with celiac disease have a normal weight or overweight at the time of their diagnosis. Body weight should not be used as a deciding factor whether or not people should be tested for celiac disease.

9. You need to have gut symptoms such as diarrhea to have celiac disease.

Celiac disease is a multisystem disorder, which means the disease can affect any part of the body. Moreover, the symptoms may vary from one person to another and may depend on the severity of the disease.

10. Celiac disease is the same as wheat allergy.

Celiac disease and wheat allergy are two different conditions with different treatments and effects on health. Wheat contains gluten, which is also present in other foods such as barley and rye. Remember that not all gluten-free foods are free from wheat and not all wheat-free foods are gluten-free.

Wheat allergy is a food allergy. A food allergy happens when the body’s immune system overreacts to a particular protein found in foods such as milk, wheat, or nuts. If people consume foods they are allergic to, they experience different symptoms such as itching, hives, wheezing, breathing difficulties, and loss of consciousness. Moreover, having a severe allergic reaction or anaphylaxis can be fatal.

Celiac disease, on the other hand, is a serious autoimmune condition that affects the small intestine when gluten is consumed. When it is left untreated, the immune system eventually damages the lining of the small intestine leading to nutrient malabsorption and later to malnutrition. The symptoms of celiac disease include fatigue, weight loss, chronic diarrhea, anemia, and bloating. Moreover, people with the disease do not experience anaphylaxis upon the consumption of gluten.

11. Only White people get celiac disease.

According to a study conducted by Dr. Carlos Catassi, around 5.6 percent of Saharawi children had elevated levels of endomysial antibodies, which is a common marker of celiac disease. The disease has also been reported in Middle Eastern countries, Southern Asia, West and East Africa, Brazil, and Chile. Thus, the disease can affect people regardless of age, gender, or race.

12. One negative test means the absence of celiac disease.

A single negative test does not rule out the disease since it may be a false negative result. To have a positive test, the person should be on a diet containing gluten. Moreover, the antibodies present in the blood can have a cyclic pattern, which means that a test may come negative one month, and then become positive on the next month. If you do not have the disease now, it doesn't mean that you will never get it in the future. It is recommended for children with type 1 diabetes to be annually screened for celiac disease for at least three years.

13. A gluten-free diet is expensive.

Yes, it can be expensive. Gluten-free breads can cost more than gluten-containing ones. Rice flour and tapioca usually cost more than wheat flour. There are many people who use gluten-free alternatives, which cost more. However, you can keep those costs down by making your own breads using a bread maker and buying gluten-free flour, grain, and mixes. You can also experiment with other gluten-free recipes for your meals. Potatoes and rice are cheap and easy to prepare. Quinoa is also delicious.

What happens when you have celiac disease? 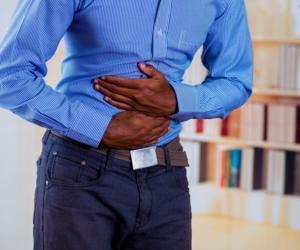 Clinical Trials – A New Ray of Hope for Celiac Disease...

The Shocking Number of Conditions Associated with Celiac Disease