What is soy lecithin?

The term "soy lecithin" has been widely used across the market today as a food additive. People are often skeptical of the word “soy” in soy lecithin because of certain allergies associated soy. During the mid-19th century in France and in the year 1846, there was a French chemist named Theodore Gobley. Lecithin was first isolated by Gobley.

Lecithin is the term given to designate a variety of naturally occurring fatty compounds, which are found in many animals and plant tissues. Commercial lecithin is a mixture of oil and phospholipids. Phospholipids are a major component of cell membranes.

Lecithin was originally isolated from an egg yolk. It is composed of fatty acids, choline, phospholipids, glycolipids, and triglycerides. Today, lecithin is widely used and is regularly extracted from milk, soybeans, sunflower, marine sources, and cottonseed. In other words, we can say that lecithin comes from a varied number of sources, one of which is soy. This product is generally used as a lubricant or as an emulsifier when it is added to food. Lecithin can also be used as a flavor protector and an antioxidant. It comes in granules and liquid form. 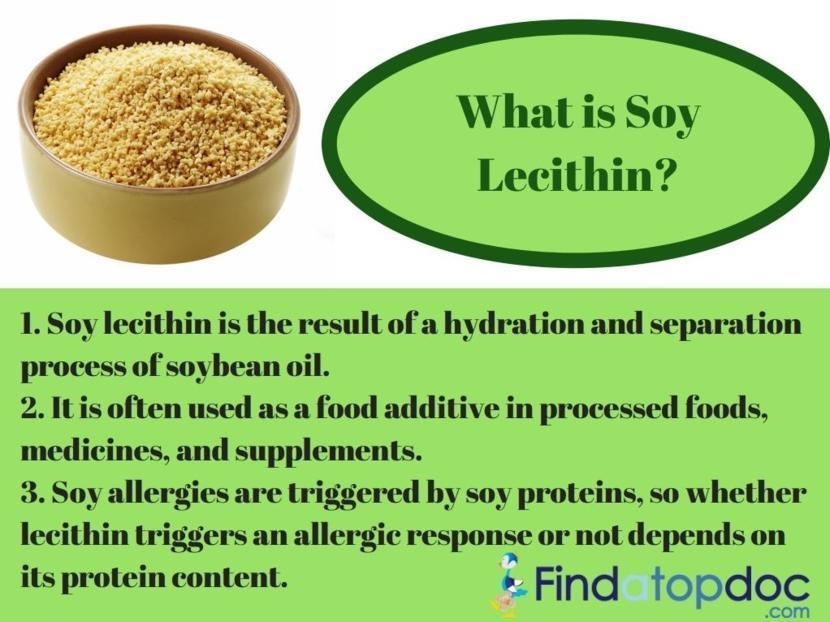 Lecithin as an emulsifier

One of the examples where lecithin acts as an emulsifier would be oil and water. These two do not mix together no matter how much we try. If a solution with oil and water are shaken together, the oil droplets would spread out initially. Once we stop shaking the solution, the oil would again start separating from the water. This is the reason why lecithin is important. When lecithin is added into the solution, it breaks down the oil into smaller particles. This process is called as emulsification, which makes the oil droplets easier to clean or to be digested.

That is why soy lecithin is called as a food additive. Lecithin is mostly seen in processed foods, medications, and supplements. These products appear to be uniformly mixed and smooth. Soy lecithin is already a part of some daily food items such as ice cream, infant formula products, bread, dairy products, and many other processed foods. However, the amount of soy lecithin present in these products is very small. Hence, there is nothing serious to be concerned about.

The exact composition of soy lecithin varies and completely depends on the manufacturer along with its intended use. On an average, one can say that soy lecithin contains around 35 percent of soybean oil and 16 percent of phosphatidylcholine.

Phosphatidylcholine is abundantly found in liver and egg yolks. The remaining part in soy lecithin consists of other phospholipids and glycolipids.

What does “soy” stand for in soy lecithin?

One can say that the "soy" in soy lecithin is soy. It is a by-product derived from soy. For example, unfermented soy products such as soy milk and tofu definitely contain the following:

1) Goitrogens - This is known to cause hypothyroidism and thyroid cancer.

2) High levels of phytic acid - This is shown to reduce the content of minerals in our body.

3) Denatured proteins - When food with soy is heated, the proteins and enzymes are completely destroyed during the manufacturing process. It is one of the reasons why some people have soy intolerance or soy allergies.

4) Trypsin inhibitors - They are chemicals that slow down the pancreatic enzymes and interfere in the digestion of protein.

5) Hemagglutinin - It is a red blood cell clotting agent, which can cause a lack of oxygen supply to the blood cells.

6) Phytoestrogens/isoflavones - They are linked to breast cancer and infertility.

Fermented soy is available in products such as miso and tempeh. They are good to eat since they contain probiotics, which are essential for a healthy body. It is best to stay away from unfermented soy products.

One cup of soy lecithin has the following nutritional values:

Soy lecithin is a rich source of choline, which has multiple health benefits. Choline is known to play and important part in the methylation process.

The process of methylation affects every cell in the body. The process involves the transport of a methyl group to amino acids, DNA, and enzymes. Methylation has been regarded as a very crucial activity in the body. If there is an inadequate methylation, various medical health conditions develop such as:

How is soy lecithin prepared?

For the preparation of soy lecithin, soybean oil is extracted from raw soybeans with the help of a chemical solvent called hexane. The crude soy oil then undergoes a degumming process.

In this process, water is mixed thoroughly with soy oil until the lecithin becomes completely hydrated and separates from the oil. The lecithin is later dried and at times, occasionally bleached with the help of hydrogen peroxide.

It is said that before the process of “degumming”, where lecithin is removed, crude oil is sent through a multi-step process to remove hexane. The US Food and Drug Administration does not regulate the amount of hexane being used in food products.

Some studies have reported that the estimated residual hexane concentration in soy oil is 500-1000 ppm. Hence, it is possible for similar concentrations to be available in soy lecithin as well. It is said that too much soy lecithin is bad for the health, but one can have it in smaller portions whenever required.

Lecithin is referred to as “fat”, which is essential for the smooth functioning of cells in our body. Lecithin can be used as both a stand-alone medication and as a common additive in medicines. Even though lecithin has certain side effects, it is still used for years to treat a number of medical problems including:

Choline is one of the essential nutrients mostly found in a variety of foods including soy lecithin. Choline is available in the form of phosphatidylcholine in soy lecithin. People with a choline deficiency may develop fatty liver or kidney problems. However, if one increases the intake of choline then these conditions can be reversed.

Taking soy lecithin dietary supplements can help decrease hyperlipidemia and influence lipid metabolism. Aside from regulating cholesterol levels in the body, supplementation of soy lecithin can also boost the immune system, which is beneficial, especially to people with diabetes.

Soy lecithin has another essential nutrient called as phosphatidylserine. It is a phospholipid and a part of the cell membrane of both plants and animals.

According to the US Food and Drug Administration (FDA), soy lecithin is not as safe as it is deemed to be told by the manufacturers of the product. A few side effects of soy lecithin include mild skin rashes, bloating, diarrhea, nausea, vomiting, and stomach pain.

Some studies say that the dangers associated with soy lecithin can be much worse than expected if it is used as part of one's regular diet. It also stated that the side effects would be experienced if people consumed large amounts of soy lecithin. However, the soy lecithin content in most food products is usually in small amounts.

Soy allergies are triggered due to an exposure to soy proteins. Hence, whether lecithin triggers an allergic reaction or not, it completely depends on the content of its proteins. There was a test done on six different samples of soy lecithin, wherein it was found out that protein concentrations were ranging from 100-1,400 ppm. Another study with the six samples of soy lecithin revealed that four of them had sufficient protein that could possibly trigger a mediated response in people who are allergic to soy. The remaining two samples contained no traces of protein.

Thus, it is clear that the exact source of soy lecithin is a major determinant on whether or not it will pose any problem to people with soy allergies.

Soy lecithin contains a good amount of phytoestrogens. A few researchers have also discovered a significant activity of estrogen in soy lecithin. Moreover, they have tested soy lecithin and reported that it has no genistein content. Phytoestrogens can be problematic and can act as a poison if the dosage is not taken as recommended or taken more than required.

Flaxseeds also contain phytoestrogens. Foods with phytoestrogens could pose a problem, especially for those who are dealing with cancer or fertility-related problems. However, for people who have a strong immunity, having small portions of food containing phytoestrogens should not pose any health issues.

The only people who need to be aware of avoiding soy lecithin are the ones who have severe soy allergies or sensitivity to chemicals. In addition, one can keep a watch on how their body will react after consuming foods that contain soy lecithin.

For those who do not have any allergic reactions to soy lecithin can safely consume it, but only in small amounts.

Overconsumption of Red Meat Can Lead to Medical Complications 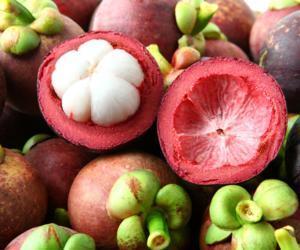 What Are Cruciferous Vegetables: Health Benefits and Recipes

How does a nutritionist help you lose weight?