Taurine is produced in the body but can also be obtained from foods. Some people may benefit from taurine supplements, especially those who have heart disease or diabetes.

Have a question aboutTaurine?Ask a doctor now

You may have probably heard that taurine is extracted from bull semen or urine. However, there is no truth in it. Its name is derived from “taurus”, a Latin word that means bull or ox. Such derivation may have created the misconception.

Meat, fish, and dairy are the main sources of taurine. Taurine can also be obtained from vegetables in small amounts. However, the amount of taurine obtained from vegetables is not sufficient to optimize the body. Taurine is also present in an 8-ounce serving of soda and energy drinks with approximately 600 mg to 1,000 mg of taurine. However, soda and energy drinks are not recommended due to the other harmful ingredients present in them.

The taurine content of most energy drinks such as Red Bull is synthetically made. Thus, such drinks are suitable for vegans since taurine is not derived from animals. An average diet can deliver nearly 40 mg to 400 mg of taurine per day.

Taurine helps in many physiological functions such as neurological development, modulation of cellular calcium levels, immune function, and osmoregulation. Nearly 0.1 percent of human body weight comes from taurine. Taurine is usually excreted through the urine.

Taurine is considered as a conditionally essential amino acid. Its primary roles include:

The minimal amount of taurine needed to perform these functions is produced by the body. However, taurine may be needed in higher amounts, especially in people with kidney failure, heart disease, or premature infants who have been intravenously fed for a long time. A deficiency of taurine may be linked to several health problems such as poor blood sugar control and impaired blood function.

For Individuals with Diabetes

Taurine may be helpful for people with diabetes since it helps control blood sugar levels. Some research has shown that taurine could help prevent type 2 diabetes. However, it has been found that most people with diabetes have low levels of taurine, which could be one of the causes of the disease.

Studies have revealed that higher amounts of taurine are associated with lower death rates due to heart disease. Taurine may help lower blood pressure levels by decreasing the resistance of blood flow in the blood vessels.

Research has shown many uses of taurine, which include:

In the early 19th century, taurine was isolated from bull bile. Taurine is synthesized via cysteine and methionine in the body by the liver and brain. The synthesis of taurine involves many enzymatic steps, and all steps need vitamin B6, which act as a cofactor.

Research has suggested that during exercise, taurine might be released from the muscles, which sparked interest in taurine as an exercise supplement. Further research revealed that 6 grams of taurine taken per day for seven days could enhance the capacity of doing exercise through the effects of antioxidants. However, succeeding studies have found that taking 5 grams of taurine a day for seven days had no effect on muscle metabolism during exercise. Moreover, there were no changes seen in the muscle taurine content.

The combination of taurine and caffeine showed that sleep-deprived surgeons were able to restore their performance and became more alert in a simulated laparoscopy. However, the role of caffeine in this instance was not clear. Further clinical trials with 200 mg caffeine, 2 grams taurine, a combination of both, and a placebo showed results that caffeine enhanced cognitive performance and not taurine. Some research has also shown that taurine may work with branched chain amino acids to reduce muscle soreness and muscle damage after high-intensity training or exercises.

A number of research studies have been conducted due to the popularity of energy drinks and their effects on exercise. A research was conducted with athletes as its subjects and testing them with Red Bull against a placebo. One 250 mL Red Bull contains 80 mg caffeine, 1 gram taurine, 600 mg glucuronolactone, and vitamin B. Some athletes noticed improvements in endurance, while some did not see any difference. Another study that was sponsored by Red Bull showed the effect of red bull on 24 healthy volunteers. It found to decrease driver sleepiness and improved driving performance. Another research was done in which 24 healthy volunteers were given 80mg of caffeine in coffee or decaffeinated coffee and the same results were found. Caffeine showed to reduce the driver sleepiness and improved driving performance.  Hence the study suggested that it was the caffeine ingredient that is responsible for enhancement in performance and enhancement of cognitive effects that is found in energy drinks.

Another study that was sponsored by Red Bull showed the effect of the energy drink on 24 healthy volunteers. It was observed that driver sleepiness was reduced with improved driving performance in simulated driving. Another research was done wherein 24 healthy volunteers were given 80 mg of caffeine in coffee or decaffeinated coffee and the same results were found. The study suggested that the caffeine content in the energy drink was responsible for the enhancement of performance and cognitive effects of the subjects.

Another study compared a can of Red Bull with a compounded drink that contained 240 mL water and 80 mg caffeine. It was found that the caffeine in Red Bull increased the blood pressure. This showed that there were some other ingredients in Red Bull that caused this hemodynamic effect. Energy drinks have caught the attention of scientists and nutritionists since energy drinks are high in caffeine and sugar content.

During exercise and stress, taurine is used up by the body, which is why it is a popular ingredient in energy drinks. Studies show that taurine has an anxiolytic effect on the central nervous system, which reduces the symptoms of anxiety. Although it may sound beneficial, obtaining taurine from energy drinks is still not the best thing.

Taurine has also been associated with neurological functions. However, taurine’s neurological activity has been found in some well-defined areas. Researchers at Weill Cornell Medical College in New York have found taurine as "extraordinarily active" on brain receptors.

If taurine has a sedating effect on the brain, then it may cause a "crash", which has already been reported by people drinking energy drinks high in caffeine. Until now, scientists remain unsure of the effect of energy drinks on the brain including how much of taurine from the energy drinks is actually absorbed by the brain. But with the trend of mixing alcohol with energy drinks, it is has become a huge concern.

Normally, 100 mg to 500 mg is the daily recommended dose of taurine, but energy drinks provide 1,000 mg of synthetically produced taurine in one can of energy drink. Some people even drink more than one can of energy drinks in a day, which can have drug-like effects in the body. At present, there is no existing research on the interaction between taurine and caffeine and even both of these stimulants with alcohol.

In its natural state, taurine is found to be helpful for our cardiovascular system, immune system, and central nervous system. Since taurine is able to reduce anxiety symptoms, the effect of caffeine in energy drinks can be counteracted by taurine. However, there is still a controversy over this issue since some people may feel unsatisfied from energy drinks and may reach out for more caffeine from energy drinks.

Individuals may or may not become dependent on energy drinks. However, this is still a topic of debate. Energy drinks have been banned in some countries since they were linked to the deaths of people. Also, studies have shown the association of energy drinks in illnesses such as stroke, high blood pressure, heart disease, and seizures.

There have been a number of deaths in Europe that are linked to the consumption of energy drinks, which contain taurine. For this reason, the sale of taurine has been restricted in some European countries. However, there were no negative effects when energy drinks are consumed in recommended dosages in healthy individuals. People with kidney problems, on the other hand, may potentially have problems with amino acid supplementation.

Avoid energy drinks and eat energy foods, which provide better energy and give you the extra boost you need. Energy foods can be fruits or vegetables. You can also take vitamin supplements. These energy foods will not lead to crashing down and will promote a healthier and natural energy production.

It has been cited by the World Anti-Doping Agency that the energy-enhancing properties of taurine have not been supported by any evidence. Hence, taurine has not been included on its banned list. A number of research studies have combined the effects of taurine with caffeine. Taurine has been used safely for one year in patients with heart failure.

The effects of taurine on physical ability and cognition are still unclear. Taurine, as of now, appears to be on the safer side. However, energy drinks should not be consumed in higher amounts and should be used with discretion. It has been confirmed by the European Food Safety Authority that the level of taurine used in energy drinks is not safe.

Avoid energy drinks and choose organic live food instead. You can get natural taurine from cow's milk, meat, fish, and eggs. Taurine is even present in seaweeds.

Not more than 500 mg is the daily recommended requirement of taurine. However, if taurine obtained from foods is higher than the recommended amount, there is still no toxic effects. Adequate sleep and exercise can provide you energy. Illnesses and certain medications can lower your energy. Drink lots of fluid to keep your body hydrated, especially when you exercise and when you're under a lot of stress.

The effects of caffeine and taurine may definitely cause health problems. They may give a "crash and burn" effect, which turns out to be harmful later on.

Can you see bronchitis on an x-ray?

How many dental x-rays are safe per year?

Can a cat allergy in a child be managed?

More from FindATopDoc on Taurine 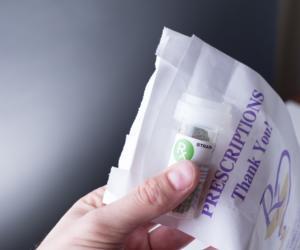 Synthetic Marijuana May Be Effective to Reduce Sleep... 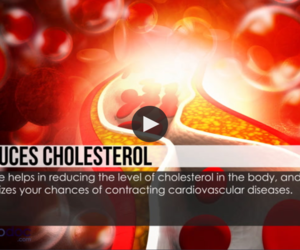