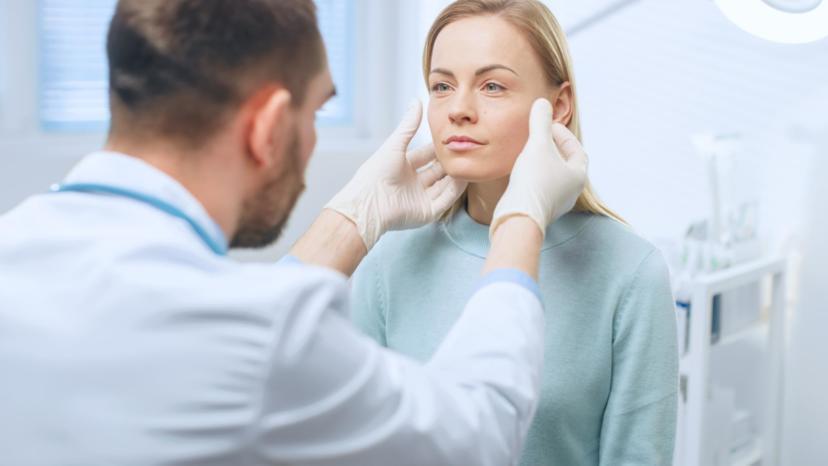 Nelson Lee Novick, M.D. is a Clinical Professor of Dermatology at Mount Sinai School of Medicine in New York City, an Attending Physician, and a former OPD Clinic Chief within the department of dermatology of the Medical Center. He is board-certified both in internal medicine and dermatology and is a Fellow of the American... more

About fifteen years ago a revolution took place in our understanding of what actually happens to us below the skin as we age. Until that time, the lay public, as well as their doctors, believed that the sagging of the skin that inevitably occurred with the passage of each decade from about age thirty onward was simply due to increasing laxity, or looseness, of our skin as a product of the aging process. This change in the "fabric" of our skin, everyone maintained, was believed responsible for the development of crepey and wrinkled skin, hanging jowls in the lower portion of the face, loss of definition along the jawline, and the development of deep smile lines coursing down the sides of our nose and "sad" lines (aka marionette lines because of their resemblance to puppet lines) drooping downward from the angles of the mouth.

And it was with this notion in mind that for over a half-century beforehand people went under the knife and endured the expense and prolonged downtime engendered by aggressive, invasive plastic surgical facelifts to correct these problems. But, in fact, in many cases, plastic surgery did not improve the overall look. Yes, people did have fewer wrinkles and tighter skin. However, the resulting appearance was often that of an overly taut, porcelainized, Kabuki-like dancer face that appeared "skeletonized", as plain skin stretched tight over bone. It was that kind of look that often evoked even in casual observers the much dreaded, "She's been done" comment. And it took the medical community decades to figure out why this was so.

The key proved to be the discovery that it was actually the loss of volume, in the multiple fat compartments that make up the face, as well as volume loss within the underlying bone, muscles and even cartilage regions below the skin, that was largely responsible for what we lump together under the rubric of looking older. Yes, the skin itself does with time loses the quality and quantity of collagen and elastic fibers within it, as well as losing the dermal matrix that supports these fibers and imparts suppleness to our skin. But, when it comes to sagging, drooping, and jowl formation, it is actually the loss of volume in the deeper tissues below the skin that is by far most responsible for these unwanted developments.

So why were facelifts that pulled and stretched the skin over bone and cut away the excess skin, not the right solution? Well, imagine that you had an enviable dining room table and with its three leaves in place, you were able to find an equally beautiful tablecloth that hung just so halfway down and around the sides of the table. Imagine now that when the guests leave, and you remove the three center leaves, you find that the tablecloth now hangs down and touches the floor. Would you ever dream of marching around the table and meticulously cutting off all "excess" tablecloth that touched the floor? Or, would you instead simply restore the three leaves so that the tablecloth would hang perfectly once again?

By cutting off supposedly "excess" skin, plastic surgery was essentially doing just that, which was responsible for that subsequent typically overstretched and much dreaded "skeletonized" facial look of having been "done."Once the medical community realized this, it understood that to achieve real and truly natural-looking rejuvenation, the answer was to simply replace the volume in those areas that had lost it. This it could now easily accomplish, non-surgically, relatively inexpensively, and with no placement of stitches and no resulting permanent scars, simply via the use of an ever-growing variety of natural, injectable lifting and volumizing fillers ("liquid facelifts") to recontour, reshape and restore a more youthful appearance.

This is how nowadays we get that "Wow!" of sheer delight when people see themselves in the mirror immediately after treatment.  In upcoming blog posts, I will discuss the various areas that are commonly rejuvenated in this fashion, as well as in-office ways to prejuvenate and rejuvenate the "fabric" of the skin itself, and my best recommendations for the safest injection techniques and best injectables to get that "Wow!"

Is the fungus on your stomach contagious?

Why does having fair skin make you more likely to get skin cancer?