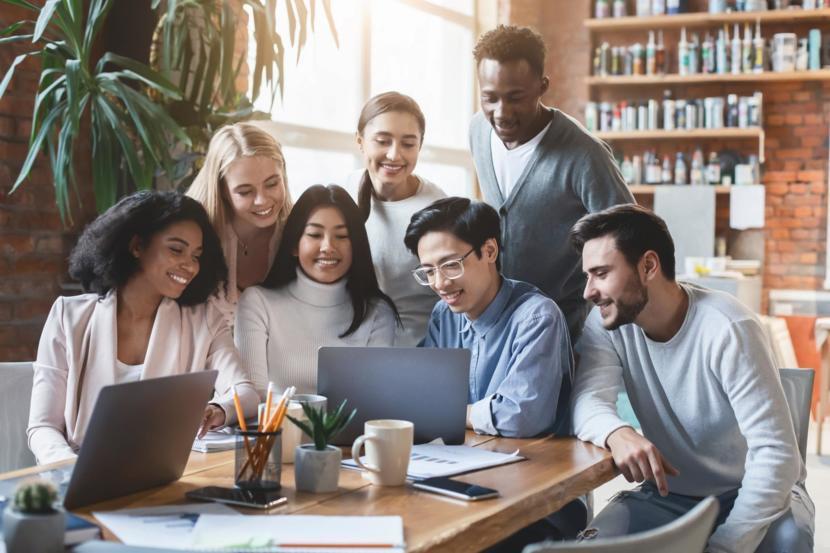 Emotional Intelligence – Just How Important Is It?

John graduated mega cum laude from Harvard. He was a whiz in Artificial Intelligence. He had a hard time keeping a job over the past ten years. He could not mentor, coach or be coached. He had trouble reading between the lines and understanding the interplay between colleagues. He struggled to be a team player and preferred to do work on his own. He always thought he knew better. John has an extremely high intelligence quotient (150) but suffers from a lack of emotional intelligence (EQ). The following treatise taken from several sources on the internet, peels back the onion a bit on comparing and contrasting IQ versus EQ.

There are ways to measure one’s height, weight, and other physical attributes but how do you measure mental attributes like intelligence and emotional behavior. Well, scientists have developed quotients as tools to measure the intelligence of a person which are known as IQ (intelligence quotient) and EQ (emotional quotient). While most of us are aware of IQ, not many know about EQ. Though there are similarities between the two, the two are also different in many ways and these differences will be highlighted in this article.

Also known as intellectual quotient, IQ is a number that measures mathematical and logical abilities of an individual. This is a relative intelligence of a person that is a ratio multiplied by 100 of the mental age as reported on a standardized test to the chronological age. So, a child with a mental age of 15 and a chronological age of 10 would have an IQ of 150. Today, scores on most IQ tests are calculated by comparing the test taker's score to the average scores of other people in the same age group.

IQ is a measure of the person’s ability to learn or understand new things, his ability to deal with new situations and to manipulate one’s environment or to think abstractly. IQ represents abilities such as:

It is a measure of a person’s emotional intelligence and tells the ability of a person to use both his emotions as well as cognitive abilities. The attributes that are measured in this quotient include but are not limited to empathy, intuition, integrity, authenticity, intrapersonal skills and interpersonal skills. Here we are looking at person's ability to perceive, control, evaluate, and express emotions. Researchers such as John Mayer and Peter Salovey as well as writers like Daniel Goleman have helped shine a light on emotional intelligence, making it a hot topic in areas ranging from business management to education. EQ is centered on abilities such as:

Comparison of IQ and EQ

If we try to compare IQ with EQ, we find that while IQ can measure concepts like word power, math skills and logical reasoning, it falls short when it comes to creative skills and emotional abilities of a person. In fact it has been shown that some of the people scoring very heavily on the IQ test are not particularly adept in managing personal relationships and are at best socially awkward. None can forget Bobby Fisher, once world chess champion who had an amazing IQ of 230 but was a social misfit.

IQ tests have failed miserably with kids suffering from autism. Often these tests give them high scores whereas it is well known that such children find it difficult to cope in real life situations with others. This is why it was felt necessary to develop other tests that were a true reflection of a person’s cognitive as well as mental abilities. This was how EQ came into existence.

IQ tests are therefore not very popular these days and employers prefer to make their employees go through EQ tests as they believe the scores will help in screening employees on their ability to cope in stressful conditions. There are some administrators who feel that neither IQ nor EQ have the ability to represent a human being in totality. They feel that these tests oversimplify human behavior but it is much more complex than these standardized tests suggest.

In a nut shell the differences between IQ and EQ are:

Understanding the IQ vs. EQ Debate

In his book Emotional Intelligence, author and psychologist Daniel Goleman suggested that EQ (or emotional intelligence quotient) might actually be more important than IQ. Why? Some psychologists believe that standard measures of intelligence (i.e. IQ scores) are too narrow and do not encompass the full range of human intelligence.

The psychologist Howard Gardner, for example, has suggested that intelligence is not simply a single general ability. Instead, he suggests that there are actually multiple intelligences and that people may have strengths in a number of these areas. Instead of focusing on a single, general intelligence, usually referred to as the g factor, some experts believe that the ability to understand and express emotions can play an equal if the not more important role in how people fare in life.

Which Is More Important?

At one point in time, IQ was viewed as the primary determinant of success. People with high IQs were assumed to be destined for a life of accomplishment and achievement and researchers debated whether intelligence was the product of genes or the environment (the old nature versus nurture debate).

However, some critics began to realize that not only was high intelligence no guarantee for success in life, it was also perhaps too narrow a concept to fully encompass the wide range of human abilities and knowledge.

IQ is still recognized as an important element of success, particularly when it comes to academic achievement. People with high IQs typically do well in school, often earn more money, and tend to be healthier in general.  But today experts recognize it is not the only determinate of life success. Instead, it is part of a complex array of influences that includes emotional intelligence among other things.

The concept of emotional intelligence has had a strong impact in a number of areas, including the business world. Many companies now mandate emotional intelligence training and utilize EQ tests as part of the hiring process. Research has found that individuals with strong leadership potential also tend to be more emotionally intelligent, suggesting that a high EQ is an important quality for business leaders and managers to have.

For example, one insurance company discovered that EQ could play a vital role in sales success. Sales agents who ranked lower on emotional intelligence abilities such as empathy, initiative, and self-confidence were found to sell policies with an average premium of $54,000. For comparison, those agents who ranked highly on measures of EQ sold policies worth an average of $114,000.

Emotional abilities can also influence the choices that consumers make when confronted with buying decisions. Nobel-prize winning psychologist Daniel Kahneman has found that people would rather deal with a person that they trust and like rather than someone they do not, even if that means paying more for an inferior product.

Can Emotional Intelligence Be Learned?

So, you might be wondering if emotional intelligence is so important, can it be taught or strengthened? According to one meta-analysis that looked at the results of social and emotional learning programs, the answer to that question is an unequivocal yes. The study found that approximately 50% of kids enrolled in SEL programs had better achievement scores and almost 40% showed improved grade-point-averages. These programs were also linked to lowered suspension rates, increased school attendance, and reduced disciplinary problems.  Some strategies for teaching emotional intelligence include offering character education, modeling positive behaviors, encouraging people to think about how others are feeling, and finding ways to be more empathetic toward others.

Life success is a result of many factors. Both IQ and EQ undoubtedly play roles in influencing your overall success, as well as things such as health, wellness, and happiness. Rather than focusing on which factors might have a more dominant influence, the greatest benefit may lie in learning to improve skills in multiple areas. In addition to strengthening certain cognitive abilities, such as your memory and mental focus, you can also acquire new social and emotional skills that will serve you well in many different areas of your life.  A good self-assessment on balancing your life can be found in an article by Laura Nash and Howard Stevenson entitled “Success that Lasts.” A decent measure of EQ (EQ-I 2.0) can be found at https://www.emotionalintelligence.net/products/ .

Do children of divorce need therapy?

What type of therapy is used for anxiety?

What does a psychologist do in palliative care?