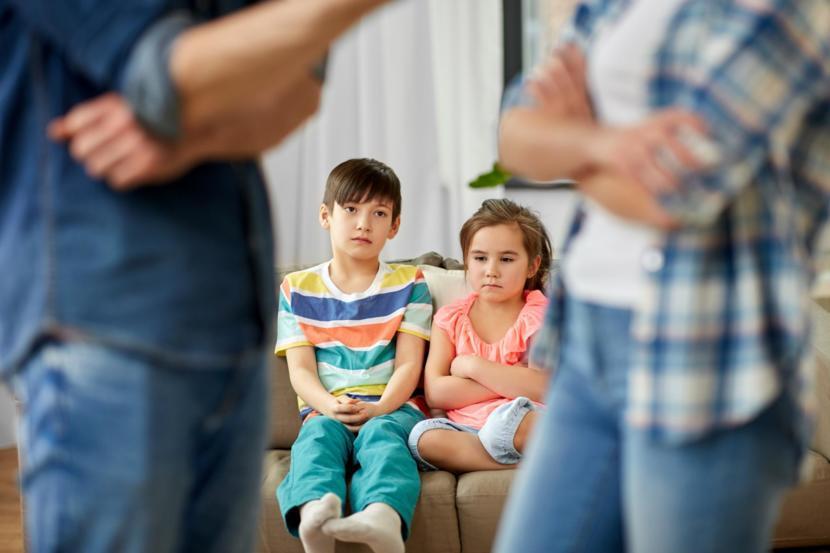 A mother of four who home-schooled her four daughters got divorced from a very powerful and influential man. Initially, custody was 50-50 but after a couple of years deteriorated to where the man had complete custody. The mom fought hard to get back custody and visitation rights. Her efforts were in vain. Over time, she became less allowed to see her children grow up and be part of their lives. The courts sided with the dad. The children became fearful of their mom and wanted to be around her less as they grew up. Two are young adults today, one is graduating from high school and the other is a teenager. The oldest has sided with the mom for various positive reasons.  The other three still under their dad’s influence, resist being a part of their mom’s life. The mother is exhausted, exasperated and feels helpless/hopeless. All her attempts with the court have fallen on deaf ears. She senses defeat. This story is about a syndrome that I have seen often in my practice. It is called parental alienation.

Taken from several sources on the internet, I would like to share with you some thoughts on parental alienation.

Parental alienation syndrome (PAS), a term coined in the 1980s by child psychiatrist Dr. Richard A. Gardner, occurs when one parent attempts to turn the couple's children against the other parent. It is when one parent discredits the other parent to a child or children the two share. For example, perhaps mom tells her child that their dad doesn’t love them or want to see them. Or a dad tells his child that their mom prefers her new family (and kids with a new partner) to them.

Accusations can be mild, or they can become incredibly severe. This distorts the child’s perception of the alienated parent, regardless of how great their relationship was with that parent.

A parent who is angry at the spouse or ex-spouse accomplishes this estrangement by painting a negative picture of the other parent via deprecating comments, blame, and false accusations shared with the children. They may also "hoard" the kids, doing all they can to thwart the other parent from spending time with them. Basically, the parent-child relationship suffers, whether the allegations are true or not. If a child is repeatedly told, for example, that dad is a bad person and doesn’t want to see them — even if it isn’t true — the child may eventually refuse to talk to or see dad when the opportunity arises.

When Gardner talked about PAS, he identified nine “symptoms” (or criteria) for it:

That said, the DSM-5 does have a code for “child affected by parental relationship distress,” which PAS would fall under. And there’s no doubt that a damaged parent-child relationship can be a big problem. It stands to reason that it can affect mental health. So, PAS isn’t really considered an official syndrome in the mental health or scientific fields, and it’s not something your child can be diagnosed with. That doesn’t mean the situation and its mental health effects don’t happen.

To continue, parental alienation is a situation in which one parent uses strategies — sometimes referred to as brainwashing, alienating, or programming — to distance a child from the other parent. Parental alienation syndrome is a somewhat controversial term (more on that in a minute), but it’s used by many to describe the resulting symptoms in the child.

The sad reality is that parents who damage their children's natural affection for the other parent are doing serious—and even abusive—damage. PT blogger Edward Kruk, Ph.D., also writes about parental alienation. In one of his posts, he shares this important piece of research:

A survey taken at the Association of Family and Conciliation Courts’ annual (2014) conference reported 98 percent agreement "in support of the basic tenet of parental alienation: children can be manipulated by one parent to reject the other parent who does not deserve to be rejected."

For the child, the biopsychosocial-spiritual effects of parental alienation are devastating. For both the alienated parent and child, the removal and denial of contact in the absence of neglect or abuse constitute cruel and unusual treatment. As a form of child maltreatment, parental alienation is a serious child protection matter as it undermines a basic principle of social justice for children: the right to know and be cared for by both of one's parents.

An alienating parent often shows either narcissistic or borderline tendencies. Narcissistic individuals tend to be self-absorbed, and most centrally, they show deficits in their ability to listen to others' differing perspectives. Instead, they hyper-focus on what they themselves want, think, feel, and believe—without taking others' desires and ideas into consideration.

Typically, kids benefit by the presence of both parents. They do not benefit—and indeed can be harmed—when one of their parents portrays the other in a relentlessly negative light. Similarly, they are often harmed by parents who fight their way through divorce and post-divorce. They are harmed when parents put them in the middle of their power battles. They are harmed when a parent uses them to accomplish their own angry agenda, ignoring the needs of the children.

The central element in borderline personality disorder, on the other hand, is emotional hyper-reactivity. These excessively intense emotions often get expressed as anger.  In addition to getting emotionally aroused too often, and too intensely, people with this disorder often have difficulty self-soothing. As a result, their distress tends to be longer-lasting than the distress that most people experience. In this regard, they have deficits in emotional resilience, or the ability to recover after feeling frustrated or disappointed. They may become at risk, therefore, for developing a victim self-image, blaming others for whatever goes wrong—which, in turn, may enable them to victimize others: "I'm a victim; therefore, I have a right to victimize you."

Some elements of borderline disorders may become evident in the way that certain alienating parents twist reality. When these individuals are higher in borderline tendencies, they often offer exaggerated accusations against the other parent—accusations that may, in fact, be projections of their own negative attributes (calling the other parent "selfish," for instance, when they themselves actually demonstrate more selfish behavior).

Some alienating parents may also engage in another quintessential borderline pattern, a habit that therapists refer to as splitting. This occurs when the alienating parent enlists others to join their side in fighting against the supposedly "evil" other, splitting the family into us against them.

Individuals with borderline personality features may become mad when someone of import to them won't give them what they want—e.g., a spouse who has decided to leave the marriage, perhaps because the alienating partner was not capable of forming a healthy, loving, and collaborative partnership. Their goal, then, becomes the destruction of the other parent's relationship with the children. They may encourage their children to join them in this battle. They do all they can to deprive the other parent—their enemy—of the ability to continue being a parent.

Lastly, those who engage in severe alienation often also have habits similar to those present in antisocial personality disorder. That is, they lie, and are good at it. They also carry out actions that harm others, including their child, without feeling guilt.

Usually, the alienator's motive is to "get back" at their spouse, who they may see as having hurt them by divorcing them—even if, in fact, the alienator was the one who initiated the divorce. Another motive can be jealousy, especially when the ex-spouse remarries.

Some alienators seek to extort money from their ex. If the child lives primarily with them, they may hope that the ex can be compelled to provide additional child support. Other alienators, and especially those who start alienating the child early on, during the marriage, may be motivated by the desire to have the child for themselves alone.  There's no doubt other motives as well, but these seem to be the primary ones.

So, are you or your ex-partner an alienator, alienating the other parent? Here are some signs that may exist:

In summary, if your former partner is constantly, and severely, making false statements about you to your child, be ever vigilant that parental alienation is a real possibility.  If you've been feeling perpetually angry at your spouse or ex-spouse, anxious about your co-parenting relationship, or depressed about the situation, it may be time to take action—both for your sake and for your children's. As a first step, learn where you can get more information about parental alienation.

Virtually no parent wants to sit passively, locked up in distress, while the other parent causes major psychological damage to their offspring. If you are struggling with a situation of parental alienation, change is possible. Go for it—starting today.

If you’re newly divorced, going through a messy separation, or even if you split from a partner a while ago, we feel for you. These things are rarely easy. And if the two of you have a child or children together, the situation can be even harder. Among other things, you may worry that your former partner is turning your child or children against you.

Be aware that PAS is a tricky thing to use in legal contexts when it comes to custody agreements, because it’s hard to prove. Ironically, it’s in custody disputes that PAS comes up the most. PAS can also be used to continue, hide, or reinforce abuse. This is a serious situation that can involve criminal allegations.

Is an autopsy performed for every suspected murder?

Should I go to a psychiatrist for drug addiction?