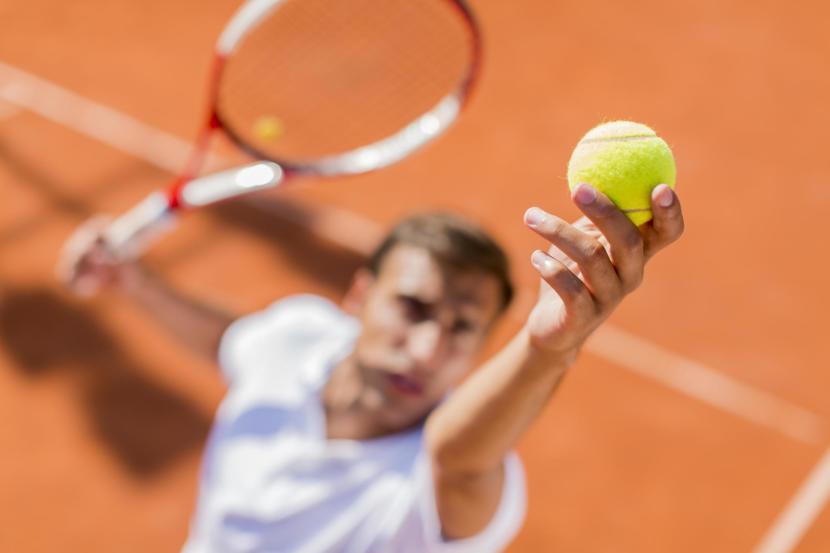 Being in the Zone

I cannot remember when I have not been involved with sports. My two oldest brothers even when I could barely walk would carry me around when playing football and make it look like I scored a touchdown. They would make sure I got more than three strikes when trying to hit a baseball. Both recognized the importance of having a positive experience. I lived right across the street from a park where I got to represent Doty Park at various competitive games across all the parks in Neenah Wisconsin. Typically I was winning first place. I played on the pee-wee, junior and senior park’s baseball teams growing up and the teams often took first place. I learned as stated earlier to play tennis as a nine year old from my former high school coach where my first year I ended up the third best tennis player for my age group in the state. As my wife says, when she met me, she thought of me as jock. I played grade school and high school basketball, loved bowling, played ever racquet sport possible, began golf as a teenager, and was passionate about fishing and hunting. Throughout my life, I have been reasonably successful in every sport I tried but never reaching the capability to be a pro in any of them. One thing that became obvious to me throughout all these experiences was how to stay in “the zone.”

I was introduced to emotional intelligence by the work of Daniel Goleman. One of the five key competencies identified dealt with motivation. Typically, motivation is defined psychologically as the relevant amount of directed positive energy towards achievement. The level of this directed energy can shift as to what is needed dependent upon the sport one plays.  So being “in the zone” can be different for different sports. Also, your ability to control your nerves, anxiety and stress that occurs during critical times during a sport comes into play. Knowing how to stay focused when things are going well and keep the positive energy without losing it, is essential to doing one’s best. I earlier stated that my father always told me to do my best and if it I lost to learn what is needed to be done differently for the next time. I have not formally practiced sports psychology but have applied it over and over again throughout my whole life.

Tim and I were in a tennis league match and the match was close and Tim was serving. Twice in a row he double faulted and barely got the ball to the net. Tim is a good player yet was feeling it emotionally, what we call in tennis showing signs of “choking.”  I stepped back from the net, went back to where he was going to serve and had him do a four step deep breathing exercise five times to get him to relax. Quickly I had him also do a muscle tension reduction on his wrists and forearms. The whole procedure took about two and half minutes. The match proceeded with Tim serving three aces out of the next four points in which we won all four points with excellent serves.  The point is that these relaxation techniques do help keep tennis players from collapsing and physiologically being able to react without locking up. By the way, he continued to do mini-episodes of techniques throughout the match in which we won.

Throughout my competitive sports life I have applied various motivational techniques to help me be successful whether I was playing golf, tennis, baseball, football, bowling, hunting, fishing, and playing poker. Examples are:

Ted and I were in a match where we had two to three games to go to win the match in a league tennis. During turnover between games, Ted indicated he was not feeling well. I said we should quit but he would have none of it. He expressed that he would just stand still on one side of the court and I was to finish off the points as best I could. Low and behold, somehow we finished the match and won. Ted sat down and I asked him what his symptoms were?  “I am having pain in my left arm” he stated. I asked if he had any baby aspirin and he told me it was in his car. I quickly ran up to his car and got the baby aspirin and ran as fast as I could back to the courts and told him to chew on the aspirin. At that moment, I noticed an Emergency Medical Treatment vehicle at the clubhouse. I got their attention and they began to take over and provide assistance to Ted. Two days later, Ted had two stints put in and cardiac issues were corrected. Even to this day, we are the talk of the league about how “a guy” was suffering from a heart attack but managed to stay focused and win the match and still survive.

Being in the Zone is nurtured by many things, especially having a good diet and being fit. Nutrition cannot be over stated. One needs their body parts to be properly addressed and energized. A good diet like the mitochondria diet that involves eating pure foods is essential.  Recipes that include a variety of multi-colored vegetables, fruits, and lean meats/fish/chicken are excellent in keeping the body healthy. Staying away from processed foods, sugar, and minimizing salt are crucial to not getting long-term physical illnesses. Doing the right things nutritionally is like being the “energizer bunny for every organ in your body.” Fitness by aerobic/anaerobic exercising, flexibility training, muscle strength conditioning, and agility/quickness development should be the gold standard in preparing the body for sports. These activities keep the mind sharp as well as emotionally feeling good due to endorphins being released. Being hydrated, stretching, taking electrolytes, and applying ice to body parts are very important to do prior to, during, and after playing sports to maintain a healthy body system.

Coaching can be a killer or a positive enabler. My high school tennis coach was always uplifting and challenged me to be my best. Not so much for first college coach who was more into himself than his players. My second college coach thought I would do no wrong and I ended up on the NAIA all-American team. My grade school basketball coach was always encouraging – my confidence was super high and the minute I stepped across mid-court I felt I could not miss. My high school basketball coach was negative even when I would score twenty plus points he would diminish the accomplishment by saying how short I was. My senior year he even said that if I wanted to be in theater that I should quit the basketball team.  Instead I did not pursue an acting gig and stayed on the team and started even though he was never complimentary to my passing, dribbling, quickness and scoring ability. These examples are just illustrations of the highs and lows that coaching can do to one being in the zone. I watched over my grade school-high school-college career, how many coaches built/destroyed the aspirations of many fine athletes. What this says that when the coaching experience is a “downer” someone else needs to be there to help the athlete pick themselves up by the “boot straps” or the person him/herself finds the inner strength “to find another way” (like Marc Gold would say in helping the developmentally disabled to grow and be successful) to get back in the zone.

Upton I first met at a tennis tournament in Janesville, WI. I was in high school then and was at the tournament against my father’s wish. My dad thought I should be working but I knew I needed to keep my tennis prowess alive if I were to receive any college scholarships. I knew my parents did not have the money to send me to college so it was important I do well so my reputation was well-known to college coaches. Luckily I did land a scholarship to which my schooling was paid for. My father never really understood how difficult it was to keep competitive. Anyways, back to Upton. During matches to throw his competitors off he would do all sorts of silly things. To disrupt the mental mind set of others, he would play without tennis shoes, lob every shot, and serve underhand. I saw him beat some great players by discombobulating their psyche and keeping them off balanced. He often would tell stories to get competitors mindsets skewed up and rapped around the axle so they would not play well. He was great at keeping them off center and so they would perform poorly - kind of like a master at keeping you out of the zone.

Can you go to gym after chiropractor?

Ideally, how often should kids be active for?