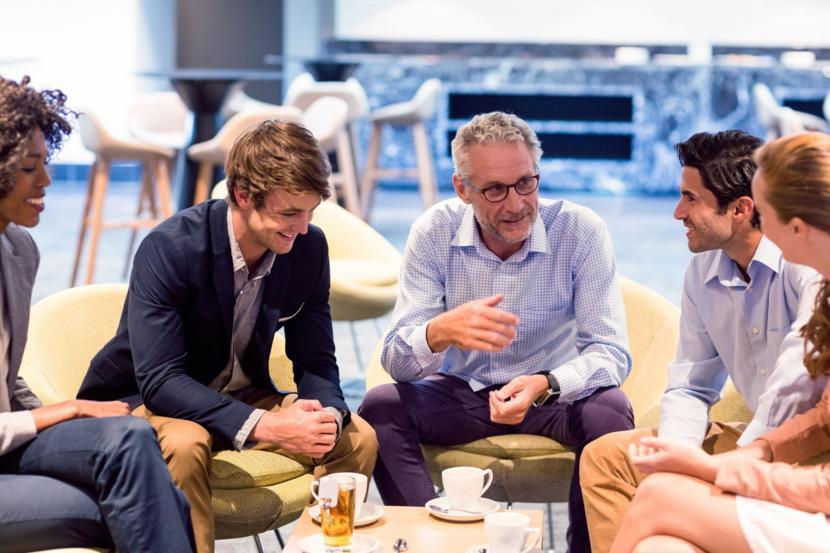 People dying from guns. Gun control; hatred towards minorities and immigrants; anti-semitism; political gridlock; bullying behavior; social welfare standstill, and military might name a few conundrums all can be traced back to how people's belief systems get established and entrenched. These strong beliefs are called schemas and this article hopefully provides you some insight as to just how powerful they guide our thinking, attitudes, and behaviors. Sometimes in a positive direction and other times in a misguided direction.

The use of schemas as a basic concept was first used by a British psychologist named Frederic Bartlett as part of his learning theory. Bartlett's theory suggested that our understanding of the world is formed by a network of abstract mental structures. People use schemas to organize current knowledge and provide a framework for future understanding. Examples of schemas include academic rubrics, social schemas, stereotypes, social roles, scripts, worldviews, and archetypes.

Schemas are something that all people possess and continue to form and change throughout life. Object schemas are just one type of schema that focuses on what an inanimate object is and how it works. For example, most people in industrialized nations have a schema for what a car is. Your overall schema for a car might include subcategories for different types of automobiles such as a compact car, sedan, or sports car.

Other types of schemas that people often possess include:

A schema is a mental structure we use to organize and simplify our knowledge of the world around us. We have schemas about ourselves, other people, mechanical devices, food, and in fact almost everything. Schemas can be related to one another, sometimes in a hierarchy (so a salesman is a man is a human).

Schemas affect what we notice, how we interpret things, and how we make decisions and act. They act as filters, accentuating, and downplaying various elements. We use them to classify things, such as when we ‘pigeon-hole’ people. They also help us forecast, predicting what will happen. We even remember and recall things via schemas, using them to ‘encode’ memories. Schemas help us fill in the gaps. When we classify something we have observed, the schema will tell us much about its meaning and how it will behave, hence enabling threat assessment and another forecasting.

Schemas appear very often in the attribution of cause. The multiple necessary cause schema is one where we require at least two causes before a ‘fit’ to the schema is declared. Once we have created or accepted a schema, we will fight hard to sustain it, for example by ignoring or force-fitting observations that do not comply with the schema. It is only after sustained contrary evidence that many of us will admit the need to change the schema.

Schemas are often shared within cultures, allowing short-cut communications. Every word is, in effect, a schema, as when you read it you receive a package of additional inferred information. We tend to have a favorite schema which we use often. When interpreting the world, we will try to use these first, going on to others if they do not sufficiently fit.

Metaphorically, a given set of schemas for a person is like a deck of cards where each card is a separate schema. We proceed by shifting through the deck to find the schema that best makes sense out of the world we live in.

Schemas are also self-sustaining and will persist even in the face of disconfirming evidence. This is because if something does not match the schema, such as evidence against it, it is ignored. Some schema is easier to change than others, and some people are more open about changing any of their schemas than other people. The plural of Schema is Schemas (USA) or Schemata (UK). Schemas are also known as mental models, concepts, mental representations, and knowledge structures (although definitions do vary - for example, some define mental models as modeling cause-effect only).

In Piaget's theory of development, we construct throughout life a series of schemas, based on the interactions we experience, to help us understand the world. For example, a person might have a schema about buying a meal in a restaurant. The schema is a stored form of the pattern of behavior which includes looking at a menu, ordering food, eating it, and paying the bill. This is an example of a type of schema called a 'script.' Whenever they are in a restaurant, they retrieve this schema from memory and apply it to the situation.

A schema is a cognitive framework or concept that helps organize and interpret information. Schemas can be useful because they allow us to take shortcuts in interpreting the vast amount of information that is available in our environment. Imagine what it would be like if you did not have a mental model of your world. It would mean that you would not be able to make so much use of information from your past experience or to plan future actions. Wadsworth (2004) suggests that schemata (the plural of schema) be thought of as 'index cards' filed in the brain, each one telling an individual how to react to incoming stimuli or information.

Piaget emphasized the importance of schemas in cognitive development and described how they were developed or acquired. A schema can be defined as a set of linked mental representations of the world, which we use both to understand and to respond to situations. Schemas are the basic building blocks of such cognitive models and enable us to form a mental representation of the world. Piaget defined a schema as:

"a cohesive, repeatable action sequence possessing component actions that are tightly interconnected and governed by a core meaning."

When Piaget talked about the development of a person's mental processes, he was referring to increases in the number and complexity of the schemas that a person had learned. When existing schemas are capable of explaining what it can perceive around it, it is said to be in a state of equilibrium, i.e., a state of cognitive (i.e., mental) balance. Two important adaptation principles apply when challenging existing schemas: (1) assimilation and (2) accommodation. Both are necessary to keep one balanced and positively developing as a human being. Assimilation is all about taking in new information and inserting it into an existing mental mindset. If the data align then the adjustment is healthy. If the data does not align but the person forces the data to be interpreted to meet the existing schema, then the adjustment is maladaptive.

In accommodation, existing schemas might be altered or new schemas might be formed as a person learns new information and has new experiences. This is healthy but as we get older we become more inflexible to be able to do this – this rigidity sets in. To keep one cruising on a positive path and not get stuck in a schema Gordian knot one must constantly be in discovery, an open-mind framework where learning is constantly reinforced. Shut down learning, lock in schemas.

The Trouble with Schemas?

However, these mental frameworks also cause us to exclude pertinent information to focus instead only on things that confirm our pre-existing beliefs and ideas. Schemas can contribute to stereotypes and make it difficult to retain new information that does not conform to our established ideas about the world. This is when we get so stuck that we cannot and are unwilling to adjust that we get as a society and individuals in a real messy place of being unhealthy.

In my practice, I have used the work by Charles Elliot in a book he wrote called “Why Can’t I Get What I Want”, to explore mental health schemas with patients. He basically has framed three zones to consider: (1) Self-Worth zone; (2) Empowerment zone; and (3) Relationship zone. Each zone has four schema facets to consider. Each facet is defined with a balanced orientation with a negative pole that underemphasizes that facet and a positive pole that overemphasizes that facet. Tables 1-3 illustrate these three aforementioned zones picturing mental health schemas.

Patients review their assessments and do as cost/benefit analysis of those schemas that they are demonstrating to a great degree. Typically, each schema trait is rated on a four-point scale from 0 to 4 with 4 being defined “as most of the time.” Patients then put an action plan in place that they execute. It is important to remember to modify any dysfunctional schema by using discovery and learning. Those that have taken this journey are finding their experience extremely value-added.

What! – The Pike Syndrome

One of the most persuasive and deleterious schemas that are all too common in our society is called the “Pike Syndrome.” It is based upon a false assumption that because of one’s past experience dictated a certain outcome, current conditions even when the evidence is clear that things changed, are not seen as changed at all. You go on as nothing happened. A short ten-minute video via U-Tube illustrates an experiment that Dr. Eden Ryle, a renowned attitude development professional, so beautifully demonstrates this phenomenon of using the Northern Pike as the subject. You might be surprised by the outcome. After watching the video, https://www.youtube.com/watch?v=SyHCOPe8qy0, do you see yourself at times displaying the Pike Syndrome?

We talked about the critical nature of being open-minded, discovery-oriented, and having a thirst for learning as nuggets to ensure we are not fooled by our schemas. Dr. Ryle discusses three freedom factors that unlock that anchor so we see the light, no, so we can chase the light.  These three freedom factors are indexing, dating, and etcetera. All three are intended to keep you from overgeneralizing and helping you see the differences of things that exist. They help you remove the anchors that keep you stuck. Indexing is about subdividing what you see like the way books are in a library. Dating is about time stamping – person A three months ago is not the same person today, person A at 7 am is not the same person as person A at 1 pm. Etcetera is all about adding on, not accepting what you think you see but being curious enough to peel back the onion.

While somewhat dated in video content, Eden Ryle has a series of tremendously impactful attitude development programs. They are: You pack your own chute; You can surpass yourself; Grab hold of today (Pike Syndrome embedded); and Joy of Involvement. All can be helpful in correcting a dysfunctional set of schemas.

Hopefully, this exploration of schemas has opened your mind to what has a powerful influence over us in all aspects of our lives. We also expect that you do not get so comfortable with your schemas that you do not reevaluate them often. A great little vignette on this revaluation can be found in a TED talk by Julia Galef about being a scout. Again, schemas do give us shortcuts and quickly help us make sense of the world. If we do not stay vigilant, be discovery-oriented, never stop learning, and be curious, schemas will come back to bite/sting you in a downward spiraling mentally-ill unhealthy way.

Is behavioral therapy good for anxiety?

Is excessive rage a mental illness?