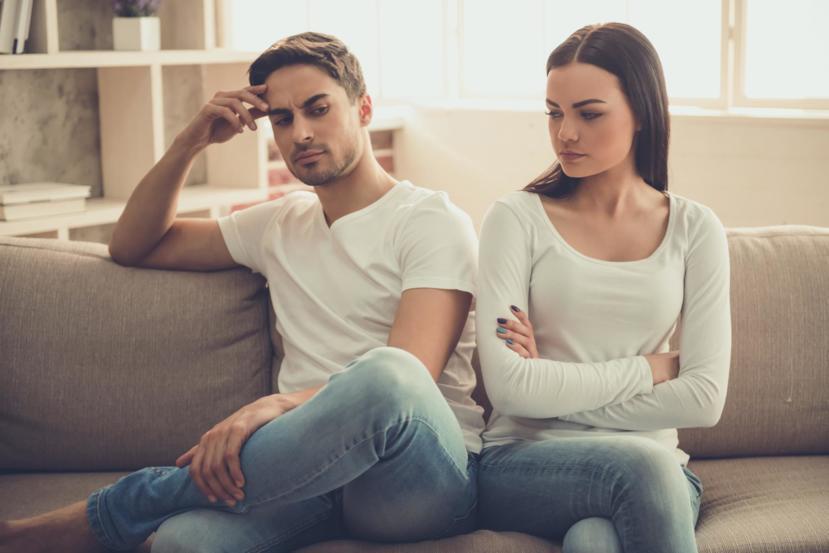 When I was a young professional, I talked about an intriguing perspective of relationship dynamics, especially as a story filler at parties. While based on cognitive and behavioral concepts, it is an idea about relationships to be potentially explored which may be meaningful to you. Constructs about habituation, levels of affection and their degree of strength, novelty, reinforcement, and cognitive dissonance come into play.

I have previously written on the importance of communication and the tactics that are powerful in building intimacy. Here my focus is looking at the roots of human relationships. I wondered why so many couples ended up in divorce, or cheating or losing their spark. A basic instinct in all animals including man/woman is that a stimulus upon continued stimulation wanes in its original excitatory value. This behavior has been defined as habituation. So, when a couple spends considerable time together it is natural for each other to lose that excitement and begin to feel less attraction to each other.

An experiment illustrates the above phenomenon. In an aquarium you have a single Siamese fighting fish. On the outside of the side of the tank you place a mirror. The fish sees itself thinking this is another male Siamese fighting fish. The fish immediately goes into a huge display, spreading its fins, and enhancing its body color. After a few minutes, the fish’s display dissipates and goes away. The mirror is removed and replaced five minutes later and the fish goes right back into a display again only to lose its display again. What was just illustrated is the introduction of novelty. Adding something new and fresh into the situation. It definitely is a way to counter habituation.

Applied to human relationships, novelty is important to counter habituation. So how do we introduce novelty? We need to first consider three sides of affection that are necessary in strengthening a relationship between consenting partners. Affection is intertwined socially, emotionally, and physically. All three must be part of a healthy relationship. If habituation sets in and novelty is not introduced, then the relationship weakens and is in jeopardy of being lost. These three dimensions of affection are like a flush toilet model. You let the social area dissipate, it spills over into the emotional level which if left untended, spills over to the physical level. Each area has its own level of required novelty but all three are interdependent. You should not allow these three areas of affection to be intermingled when engaged with someone other than your partner. These encounters with others can produce novelty but it is critical to not produce a competing relationship with one’s partner.

Involving oneself with others as well as with partners in a variety of interactive activities is essential to keeping things percolating. Socializing involves playing games, exercising, engaging in or watching sports, entertaining, doing hobbies, book clubs, volunteering, and going to theater/music/movie productions. The importance is keeping a balance between doing things together versus separately. Emotional encounters can be praying together, sharing ones needs, wants and desires, being empathetic, caring, showing altruism, and actively listening.  Emotional commitment grows as one involves oneself in these aforementioned multiple activities. Physical actions may range from dancing, touching, holding hands, hugging, cuddling, caressing, kissing, and sexual intimacy.

Does entering novelty into each of these three areas of affection produce any kind of issues? The answer is yes. These interactive activities when involving other people may conflict with one’s morality standards, value system, and religious beliefs. It can also strengthen one’s feelings for someone else other than their partner. Being in conflict with one’s beliefs is about cognitive dissonance. Specifically, cognitive dissonance is about the mental stress or discomfort experienced by an individual who holds two or more contradictory beliefs, ideas, or values at the same time. It also means: (1) performing an action that is contradictory to one or more beliefs, ideas or values or (2) being confronted by new information that conflicts with existing beliefs, ideas, or values. To minimize cognitive dissonance, introduce levels of novelty that are concurrent with one’s belief system.

To keep others from ever being perceived as more valued than your partner, keep these encounters infrequent. Infrequent encounters produce novelty which will not then compete with your partner’s relationship. Bottom line, novelty cannot be overlooked in eliminating the effects of habituation. It is essential to keep things fresh and different. Paramount to establishing a mature relationship is varying your activities across these three areas of affection. The caveat is not to violate your belief system and cause the mental stress produced by cognitive dissonance.

Physicality changes as one gets older. Libido diminishes in both men and woman. In most instances, not always at the same rate or time. Novelty does not need to end up in sexual intimacy to be effective as one gets older in life. That said, during your younger years sexual intimacy is an activity that should be part of the equation as it pertains to a meaningful relationship between couples.

The Challenge Of Habituation

The premise presented here is that habituation impacts negatively on a healthy partnership between couples. Introducing novelty within the context of understanding levels of affection, the influence of reinforcement, and mitigating cognitive dissonance will facilitate a positive, upbeat, mature relationship between couples. A way of looking at love is the integrating of the three affection areas and keeping them fresh through novelty. Hopefully, you found these ideas worthwhile and insightful. Your feedback is always welcomed.

Do antidepressants permanently change your brain?

Is behavioral therapy good for anxiety?