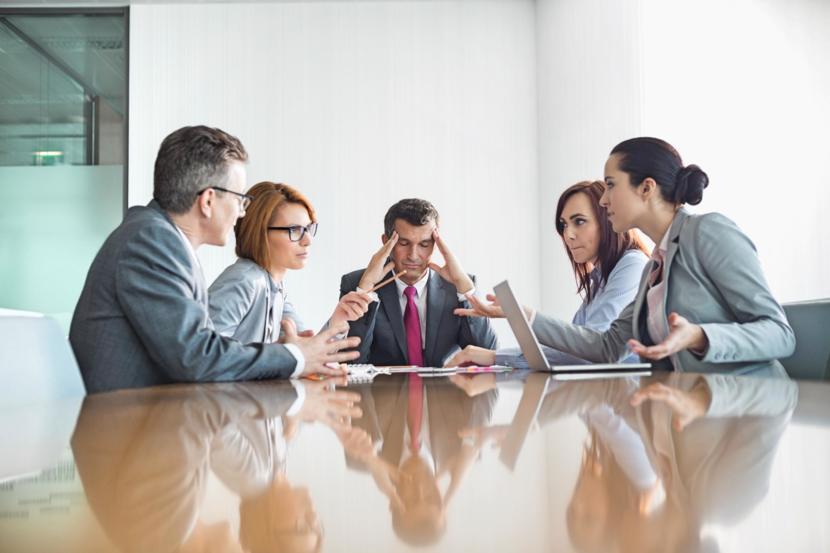 Throughout my experiences as a clinical psychologist, communication comes up almost every time as a critical issue no matter what the problem may be. In order to build intimacy and feel healthy about oneself, excellent communication skills are critical. To help you decipher what belongs in your communication toolkit, I have defined five essential ingredients.

Mathew McKay has written a wonderful treatise on effective self-expression in his book, Messages. There are four building blocks – each is to be expressed separately and in a given order. It takes time to feel confident and not awkward in presenting these components, but with practice you gain confidence and can become unconsciously competent. The first component is to state your observations – just the facts of the situation, what your senses are telling you. The next component requires you to state what you think about what you observed - that is, your interpretation, your opinion, your value proposition, your perception or your judgment.

Once you expressed your observation and what you think about it, you need to express your personal feelings as to how the situation impacts you. This is often difficult because you may feel vulnerable or feel you might hurt the other person by expressing your true feelings. Even though expressing feelings may be difficult, it can build real intimacy, understanding and empathy. The final component to be expressed is what you need, want or desire from the issue being addressed. If all four components are completed without a negative overtone or overture the message is clear and not left to a whole lot of assumptions by the receiver.

Sometimes people try to make you do things you do not want to do or try to make you feel bad. When this happens use assertiveness skills to deflect or diffuse the manipulation. Assertiveness is not being aggressive. It is about making sure you stay focused on what is important and not be maneuvered. There are four good assertiveness techniques: broken record, fogging, negative inquiry/probing/peeling back the onion, and negative assertion.

Broken record involves stating and re-stating your position over and over again so that the other person gets exhausted and gives up on trying to get you to do something that you do not want to do. Fogging entails neither agreeing nor disagreeing with what the other person is saying about you. You basically note the possibility that it could be without saying that is the way it is. Negative inquiry is used when you want to explore deeper what the person is saying about you by asking a series of why (typically rule of thumb five times) until they see the situation as you do. After their expression of concern, ask why they see it that way. With that being revealed, ask again as to why they see that exposed perspective.

Do this enough times (peel back the onion) and you either get to the root of their concern which you can then address or you unveil to them that there really is not an issue in the first place. The fifth technique, negative assertion is used when you actually did something wrong. In this case, you simply admit the mistake and promise to do better in the future. Such a response keeps them from continuing to go after you and blows the smoke out of their tires or clears the air.

Often people have difficulty making changes in their lives. We normally think life goes from the past to the present to the future. When making changes to your lifestyle, what is needed is to move from the past to the future and then back to the present. Kim Kriscoe has laid out a very powerful approach. Basically, you ground yourself in the past – do not spend a lot of time cogitating here but make sure everyone understands “what is.” Once conceived, jump to the future and ask what the possibilities could be.

After spending more time here generating ideas, move back to the present and ask what actions we need to do today to make that future occur. With this triad of interactive questioning, you will be in a better position to make new things happen than just stuck in the past and gaining no momentum.

Conflict is a natural part of life. How you handle it will make the difference in being successful in resolving tough differences. A four-step process called natural inquiry is excellent in resolving conflicts in business and in relationships. The first step requires person one to state their position using effective self-expression and having person two state what they heard and both agreeing that person one’s position is understood. The second step is the reverse of first step. Person two states their position. Person one restates person two’s position.

Both agree that person two’s position is affirmed. Step three involves both addressing whether there are better positions than either of the two stated and creating a novel solution that is considerably better than either of the two came up with by themselves. If accomplished, the new solution is instituted. Sometimes, this positive outcome does not occur and a fourth step needs to be added. Here the question to ask is “How do we manage our differences for now and when in date/time will we meet again to rehash our positions and attempt to get a resolution to the conflict?" Step four keeps people from walking away from each other and feeling extremely negative about the encounter and somewhat optimist about their future encounter.

In all interactions, it is imperative to remember that being in emotional control is critical. Rule number one – if emotional, take a time out to gain a balance to one’s harmony before entering the ring to continue the discussion about the issue at hand. Besides understanding and measuring where your emotions are, you need to be cognizant of your body language and your voice. Make sure both voice and body language are concurrent with the message being transmitted.

Many people do not even realize that their voices increase in loudness or speed up or slow down or become soft or almost inaudible. Intonation and emphasis can either positively influence or cause an alarm to go off in how the message is perceived. People’s faces, body position, and hand gestures contribute greatly to how the message is received. Be careful as to make sure that these orientations are being received tastefully by the receiver.

This is a reader’s digest version of five important ingredients that should be part of everyone’s communication toolkit. The magic, art and science are how you gain competence across all five and play them like an orchestra as needed. Hopefully, I have made you inquisitive about what your appetite is to learn more about each of the five ingredients, and become a better communicator in the future.

Dealing with Fear, Stress, and Anxiety

Should I see a psychologist for insomnia?