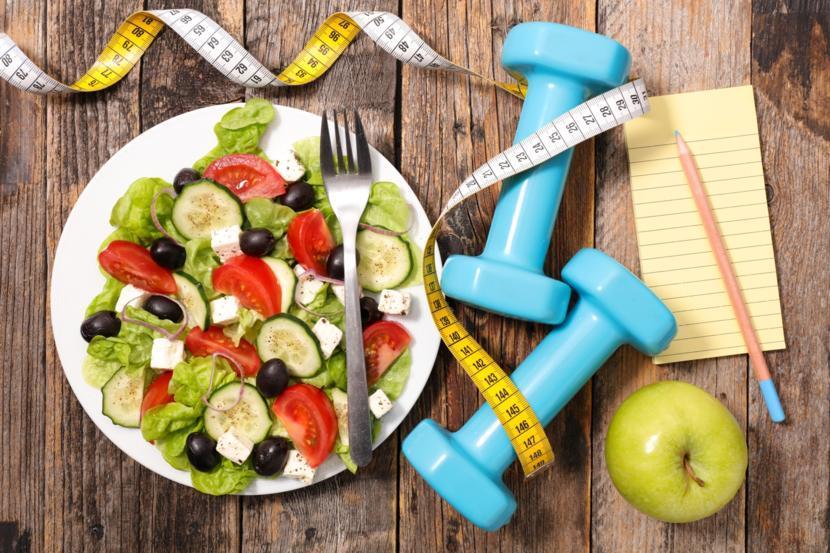 Dr. Prologo is a dual-board certified obesity medicine physician and interventional radiologist. He is an internationally recognized expert in the management of complex pain and the implementation of interventional weight loss. Dr. Prologo is the author of a critically acclaimed non-fiction narrative describing innovative... more

For so many years we have been hearing old fashioned diet gurus and fitness experts say, “you just gotta want it,” and “it’s really all about willpower.” The reality, though, is that for those looking to make a change (vs. those who are already lean) - these principles don't apply.

Listen, each morning I wake up early before my cases begin, and I work on these posts. My friend Jon presses snooze 4-5 times every morning and can barely get to work within 30 minutes of his start time. Jon and I are structured differently. I don’t feel like I can’t wake up. In fact, I wake up automatically before any alarm goes off because of the way I am built. I literally have no idea what Jon feels like in the morning because my brain and organs aren’t structured like his so I don’t feel what he feels. As a result, I may be tempted to say, “I wake up early because God has made me a supreme human being with will power, determination, and guts to succeed. I choose to work hard and resist the urge to sleep because I am strong.” Sure that would make me feel good, but really – I just wake up.

The same applies to all the smiley-beautiful-in-shape people who profess that they have been successful because they possess will power, endure pain, embody strength, focus, and so on. The truth is that they don’t resist the urge to eat or be lazy any more than I resist the urge to sleep in. Honestly, are we to believe that these people who go to the gym every day, drink smoothies, tan, and carry those yoga mats everywhere are experiencing pain? Or implementing willpower? They are not, because at some point in their lives they got over the hump, and now it’s fun.

The idea that an average Joe (or Jane) cannot follow “Ninja Abs in 90 Days,” and be successful, is not new. In fact, the cycle of ramping up for a new diet, buying books and DVDs and notebooks, starting said new diet, and failing shortly thereafter – only to restart this cycle a few weeks later – has been well described. (1-5) From a business standpoint there is no real motivation to interrupt this cycle because each time it starts over consumers are back online looking for new products. As a result, savvy companies rewrite the same undoable plans and “feed the machine” that way in a predictable, forward fashion. As long as the market internalizes these failures (which, we are happy to do so often because of our low self-esteem), they will continue to consume the products and blame themselves for the lack of results. Can you imagine? It’s like selling a car that doesn’t run when you turn the key, but you’ve convinced the buyer that it’s because they lack sufficient willpower and worth to turn the key correctly.

Just as in reality there is a nuts and bolts explanation for why the key in our example above does not turn, so is there a real explanation for why obese patients are unable to turn the corner so far toward healthy living. Signals sent out by the brain to regular people when they stop eating are harsh, powerful, irresistible messages to stop the madness. (6-11) Traditional diet changes and calorie cuts send an alarming message to the brain: we’re starving! The brain then, following thousands of years of evolutionary learning, rains hell down on us until we stop it (this is the source of all the misery felt on day 7 or 8 or 9 of your new diet).

These signals are real, survival based, and impossible to overcome.* When I say there are connections between the body and the brain that won’t allow us to restrict our calories – I mean there are known molecules that have been well described which are accountable for people quitting their diets. (11-14) They have names. Cortisol and ghrelin, amongst others. (8, 11, 15, 16)

So the age of “no pain, no gain” has come to a close, and it is clear that the feelings of horrible hunger pangs, desperation, anxiety, and depression are unique to those trying to make a change (vs. those who are already beyond a certain point). It is further clear that these feelings are mediated by a defined set of hunger hormones that can be changed through surgery, some medicines, or through behaviorally induced retrograde neuroplasticity – changing the brain from the outside in.

How can I help my obese child?

How Effective is a Master Cleanse Diet?