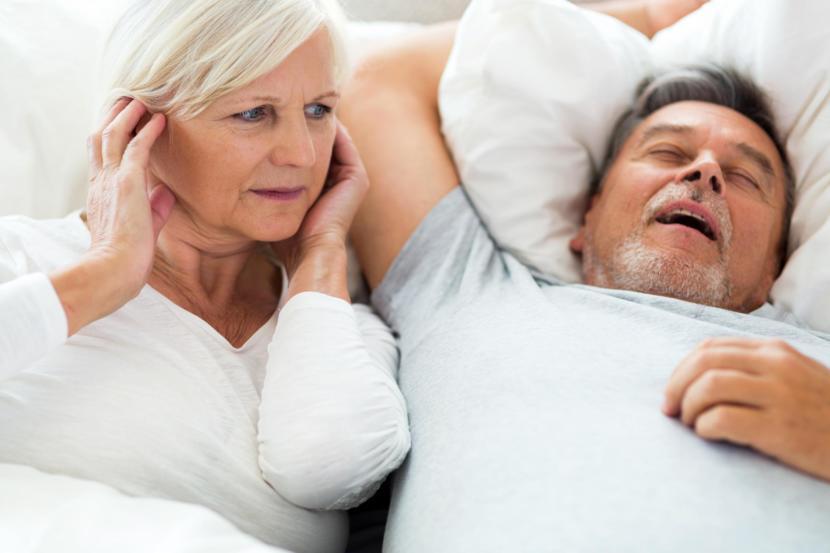 Obstructive sleep apnea is often called the silent killer. It is a disease that is usually not diagnosed properly for a long time and can have serious side effects that can effect your quality of life. Sleep apnea is caused by the muscles in your throat relaxing too much and closing, preventing air from entering your lungs, hence the use of “obstructive” in the name of the disorder.

- Cardiovascular Issues/High Blood Pressure. Sleep apnea patients will experience a sudden drop in blood oxygen levels while sleeping. This sudden drop can place a strain on the entire cardiovascular system. The occurrence of high blood pressure is much higher in those with sleep apnea in comparison to those who do not. The more severe cases of sleep apnea have a higher risk of high blood pressure. Sleep apnea also increases the risk of stroke, increased risk for atrial fibrillation, and congestive heart failure. Central sleep apnea is not known to cause heart issues but to develop heart issues.

– Focus Issues/Fatigue. Individuals with sleep apnea often experience daytime fatigue, irritability, and depression. This occurs because patients suffering from sleep apnea will have abnormal sleep rhythms due to the repeated awakening from lack of oxygen to the brain. Children with sleep apnea will often do poorly at school or have behavioral issues.

- Eye Issues. Research has shown that sleep apnea can cause optic nerve swelling and glaucoma. Luckily, once the sleep apnea is properly diagnosed and treated, these issues usually go away.

- Surgical Complications. Research has shown that people with sleep apnea are more likely to experience complications following major surgery. This is because they are prone to breathing problems, especially when sedated and lying on their backs. Having undiagnosed sleep apnea is especially risky in this situation. It is important to let your doctor know before surgery if you have sleep apnea.

– Sexual Dysfunction. Studies have shown that men suffering from sleep apnea have a higher rate of erectile dysfunction. As mentioned previously, lack of oxygen puts a strain on the entire vascular system and this includes blood flow to the sex organs.

Other complications can include diabetes, obesity, headaches, and high-risk pregnancies.

How To Overcome Sleep Apnea

– Manage A Healthy Weight. Being overweight is a known risk factor of obstructive sleep apnea. Not every sleep apnea patient is overweight, but many are. A small amount of weight loss can improve a person’s sleep apnea to the point of curing their sleep apnea.

– Develop Regular Sleeping Patterns. We all need sleep to function daily and stay healthy. Regular sleep is especially important to those with sleep apnea. A good option for many is the use of a CPAP machine or a Tap II dental appliance. These allow for the airway to stay open, alleviating the obstruction of sleep during the night.

– Care For Allergies. Many people suffering from seasonal allergies just “deal” with them. This will only exacerbate the sleep apnea issue as a stuffy nose will make sleeping even more difficult. If you have sleep apnea and nasal allergies, have your allergies under control. The use of a nasal spray (saline) before bed may also help.

- Avoid Alcohol And Sleeping Pills. Both of these are relaxants, they will lead to the relaxation of the muscles of the throat and tongue, leading to increased sleep apnea symptoms.

If you suspect you may have sleep apnea, it is imperative you get yourself checked by a physician or even your dentist. It is often an overlooked disorder that can have life changing complications.

Why does my gum look white after a tooth extraction?

What to do if your dental bridge falls out?