Atrial fibrillation is a condition that causes abnormal vibrations in the heart chambers. It leads to changes in the heartbeat ratesand the pulse. As a result, it may cause clotting of blood in the heart chambers. Such quivering sensations are mostly experienced in the atria and ventricle chambers of the heart. It is caused by disordered electrical impulses which render the atria unable to be excited properly and hence result in abrupt shaking or vibrations. The outcome of this disorder is a loss of co-ordination in the heart chambers and thus accumulation of blood in them. Blood clots formed this way can block arteries or travel their way up the bloodstream (embolism).

In cases where the blood clot gets to the bloodstream of the brain, the risk of having a stroke is very high.
Although there may be no symptoms at all in some, the patients suffering from the condition can experience the following common symptoms:

There are a number of factors associated to the cause of the infection where some of them are other underlying infections such as:

• Thyroid diseases such as Hyperthyroidism and Thryotoxicosis

• Hypertension (affecting a major percentage of any population)

• DiabetesMellitus (a leading cause of this disease)

Factors such as alcoholism, smoking and obesity can also be equally responsible.
There have been different kinds of medications which have been used in the treatment of the condition. However, most of them have been found to have many adverse side effects. Deciding on the treatment option being one of the fundamental concerns, it is always advisable to the patients to keep some knowledge about the various other methods to tackle this disease. Evidently, there has been a considerable improvement in patients undergoing alternative treatments which make the people to divert from the formal procedures.

As a result, alternative treatments have remained the better option especially if you want to avoid the side effects and at the same time improve your health.

Some of the alternative ways of treating A-fib are -

This is a therapy where doctors try to reduce the risk of blood clotting. In this treatment, blood thinners are used. This is because they are used in dissolving blood clots. It also works by inhibiting vitamin K production in the liver.It is seen that patients on anticoagulation therapy have a better chance at avoiding strokes than patients without it. The common anticoagulants used are Aspirin, Warfarin and more recently Dabigatran which has been seen to reduce the rate of Ischemic strokes and Embolism.

This is a more of manual procedure which is done by physicians. It is meant to destroy areas of the heart triggering the abnormal electrical signals. Catheter is one of the tools (flexible wire) used in the ablation processes. During catheter ablation, a long tube called catheter is driven through your groin (or the neck region) to the heart. Using heat electrodes on the catheter, it helps to destroy the tissues producing the abrupt impulses.The catheter is used to send Radiofrequency energy (microwaves) in the affected region, they produce enough heat to kill the tissue. Other ablation techniques even use the method of freezing the faulty region (Cryoablation).

The second ablation alternative is Maze surgery. Here, an open surgery is done where the doctors interferes with electrical impulses causing atrial fibrillation.A barricade or block is made around the atria which help force the electrical impulse to follow an orderly path to the ventricles. Another such technique used is as Left Atrial Appendage occlusion.

Omega-3 fatty acids have for long been known to treat cardiovascular conditions. These fatty acids are known to suppress atrial arrhythmias which is the main effect of atrial fibriallation. Omega-3 are also known to reduce chances of recurrence of the infection.

Though it is a tentative method, sources such as Fish oil, Spinach, Fish roe and certain species of fish (mackerel) can be helpful in warding off a potential A-fib infection with moderate intake.

Use of Anti-inflammatory Diet

Since the condition can be caused by other heart infections. Research shows that using anti-inflammatory diet helps in the treatment of the infection. Not only does this prevent A-fib but also various other chronic diseases due to their antioxidant properties and mineral content.

Such foods may include:

• Use of refined or pure vegetable oils.

Exercising one of the well-known mechanisms of treating heart related infections. Exercising is considered an important role in treatment of A-Fib. Some of the exercise practices which should be encouraged include; stretching. It is always important to take precautions when undertaking exercise.
They are recommended depending on the cause and type of atrial fibrillation that you are undergoing. Always remain hydrated when undertaking exercises. Visit a doctor before you choose to undertake any exercise to know on the best physical exercise for your body.

Patients having heart infections are always required to maintain a healthy diet according to doctors’ advice to treat the infection.Consulting a dietician or Nutritionist would be the perfect approach.

Before taking any alternative treatment, always consult a doctor to avoid any side effects. There are a number of risk factors that you should stay away from to avoid atrial fibrillation. They include:

Atrial fibrillation can always be treated if the case is approached in time.With a proper exercise regime, a balanced diet and periodic visits to the doctor can be of immense help in fighting the lethal A-fib.

In order to find out about the best alternative treatment method for Atrial Fibrillation, one must seek proper expert advice.

Can people with atrial fibrillation get laser vein...

What Are The Risks For Atrial Fibrillation Surgery?

More from FindATopDoc on Atrial Fibrillation 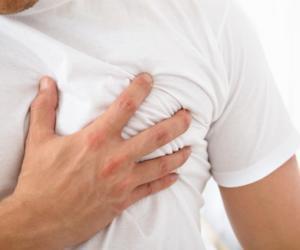 Atrial Fibrillation: Get the Facts 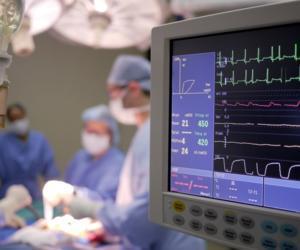 Atrial Fibrillation: What is a Catheter Ablation? 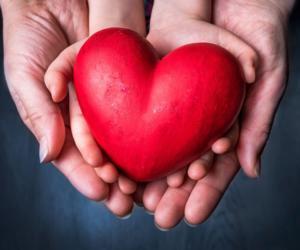 How Atrial Fibrillation Is Diagnosed

How Atrial Fibrillation Is Diagnosed