According to a new study, daily doses of antibiotics are more effective than cranberry capsules in controlling bladder infections in women. According to experts the study had some serious drawbacks which made cranberries to look less effective than antibiotics. It is not yet time to count out the capsules.

In this study, about 221 premenopausal women with a history of urinary tract infections (UTIs), or bladder infections, were divided into two groups. The first group was assigned to a daily dose of 480 milligrams of antibiotics. The second group was given a daily dose containing 1,000 milligrams of cranberry extract. The researchers collected the urine samples from the participants to look for the bacteria. Symptoms of UTI, like back pain and burning or urgency for urination, were also noted down.

How does a UTI turn into a kidney infection?

Have a question aboutAntibiotics?Ask a doctor now

The results show that after one year of study, the average number of UTIs reported by the group that took antibiotics was two when compared to the second group assigned to cranberry capsules who reported average UTIs to be four. At the beginning of the study, the participants had an average six to seven UTIs.

Participants who were taking antibiotics had fewer infections and in addition they developed resistance to other antibiotics. According to study researcher Suzanne E. Geerlings, MD, PhD, of the Center for Infection and Immunity Amsterdam at Academic Medical Center in the Netherlands, this is a major concern as the doctor may find it difficult to control it the next time it flares. She is of the opinion that according to the current study, cranberry capsules are not as effective as antibiotics but it does not result in resistant microorganism and hence it is not time to give up cranberries.

According to Elizabeth Kavaler, MD, a urology specialist at Lenox Hill Hospital in New York City, it is a good study and the results are as expected. She feels that there are some genuine drawbacks with cranberry capsules.

Contradictory to the views cited above, many experts believe that there are some serious flaws in the study, which show that cranberries are not as effective as the antibiotics. One of the most important drawbacks was the lack of a control group containing women who were not getting any type of prevention at all. Presence of a control helps to assess the magnitude of effect of the intervention being studied. The second major drawback was that when the women in the antibiotics groups reported to have fewer infections than normal when compared to the cranberry group, the number of infections confirmed by the lab was statistically different between the two groups.

The third hitch was that the cranberry capsules used in the study had very little active ingredients in them. Bill J. Gurley, PhD, a professor in the department of pharmaceutical sciences at the University of Arkansas for Medical Sciences, in Little Rock, says that the dose of cranberry used in the study was very low. Other studies have shown that using high doses of cranberry, about eight times the dose used in this study, it does prevent the bacterial adherence to the wall of the urinary bladder, preventing infection. “Few of the well designed studies have shown that cranberries can be effective," says Amy B. Howell, PhD, an associate research scientist at the Marucci Center for Cranberry and Blueberry Research at Rutgers University in New Brunswick, N.J. If the bacteria do not stick to the wall of the bladder, they will be washed in the stream of infection which prevents infection, says Howell.

The most significant aspect of using cranberry capsule is that it does not kill the bacteria and does not build up the populations of resistant bacteria. This will keep the bladder sensitive to antibiotics if an infection does happen, she adds.

What are the best ways to prevent UTIs in children?

My vagina is pink and burning. What could be the issue?

More from FindATopDoc on Antibiotics 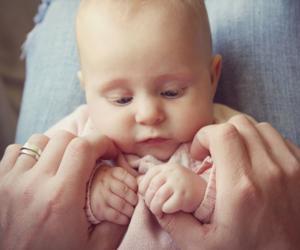 Do boys have different UTI symptoms? 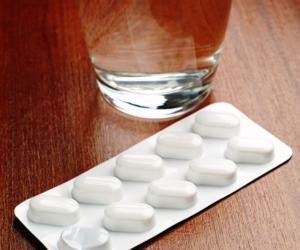 Did You Know That Bactrim Can Treat Multiple Infections?

Can you get a UTI from sexual intercourse?

When should a child be given antibiotics for cough?