Vigorous exercise for 30 minutes every day lowers the risk of heart disease in children, when compared to those who do not exercise. Kids who had regular, moderate exercise for 35 minutes a day had very low levels of cholesterol, triglycerides blood glucose levels, blood pressure, and a small waist size, when compared to those who had 18 minutes of vigorous activity per day. High blood pressure and high cholesterol levels, two risk factors for heart disease, are increasing among children because of increasing childhood obesity.

The study, published in, Journal of American Medical Association, shows that kids should be active, says Ulf Ekelund, PhD, a group leader in the epidemiology unit of the Institute of Metabolic Science of Addenbrooke’s Hospital in Cambridge. Exercise could be any of the moderate-intensity physical activity, like brisk walking, outdoor play, dancing, cycling, aerobics, ball games, and other sports. Parents should take an active role in increasing such activity than only reducing the sedentary time.

What cooking oil is healthy for your heart?

Physical activity doesn't have to occur all at once, but could be spread throughout the day as long as the intensity is moderate to high. Vigorous physical activity could be rewarded with time for computer games.

In this study, data from 14 different studies with a total of 20,000 children and teens were analyzed. All participants were between 4-years-old and 18-years-old, and 75% of them had normal weight, 18% were overweight, and 7% were obese. An average of 30 minutes per day was spent on vigorous activity, while 354 minutes were spent on being sedentary.

Can excessive working out and taking supplements cause...

What are the worst foods for your heart?

More from FindATopDoc on Healthy heart

Why does my daughter's heart beat so fast?

What are the symptoms of a weak heart? 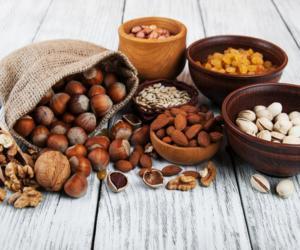 Nuts and your heart: Eating nuts for heart health

Can excessive working out and taking supplements cause my heart to overwork?

What are the symptoms of a weak heart?

Are there super foods one should have for a healthy heart?