Our body has certain parameters to maintain its normal functioning. Blood sugar levels and blood pressure readings are just a couple of screenings that can determine the body's functioning system. While having a high blood pressure is more commonly regarded by most people as dangerous, some people with low blood pressure could also be in trouble. When the blood pressure falls all of a sudden, it is often accompanied by certain symptoms, some of which could be drowsiness, fainting, inability to focus, blurring of vision, poor eyesight, depression, fatigue, and so on. In a number of cases, low blood pressure is considered to be a serious ailment. However, if you have consistent low readings in routine checkups it is not something to be ignored and must be shown to the doctor immediately.

Sometimes, the symptoms of dizziness or fainting could be triggered due to other issues such as dehydration, spending too much time under the sun, or in a hot shower. While it is obvious that in such conditions, the blood pressure levels are likely to drop, it is more important to point out how fast the levels have dropped. In case you are experiencing symptoms that are related to low blood pressure, it is best to consult a doctor to track down the exact cause behind your condition and rectify the same with the required medications.

Your blood pressure depends on various parameters such as your current health condition, age factor, and so on. As per the current parameters, a normal blood pressure is considered to be at a reading of 120/80 mm Hg.

There is no specific time when to get an approximately accurate reading of your blood pressure. However, it is also important to remember that blood pressure readings would keep changing throughout the day depending upon the activity you undertake. Even the shortest time gap could bring about huge variations in the reading. Blood pressure is normally at its lowest during the night and is known to suddenly rise when one wakes up.

How Low Can Blood Pressure Go?

What may seem like a low blood pressure reading in your case may be normal in the case of another person. In most cases, the doctors decide on how low the blood pressure is based on the symptoms experienced by the person rather than going only by the readings.

A sudden drop in blood pressure is always considered alarming. Even the slightest changes that occur all of a sudden could cause symptoms of low blood pressure like fainting or drowsiness as the brain is unable to get its adequate supply of blood needed for the normal functioning of the body.

A low blood pressure can happen when there is severe bleeding, infection, or any type of severe allergic reaction, all of which can be life-threatening.

In some conditions, a low blood pressure could result in something serious and could even become fatal when not corrected on time.

Conditions That Could Cause a Low Blood Pressure

There are some conditions that could result in lower blood pressure levels. They include:

What are the symptoms of low blood pressure?

How dangerous is low blood pressure for elderly patients?

What should be the immediate steps to treat low blood...

Why did my blood pressure drop when I was given anesthesia? 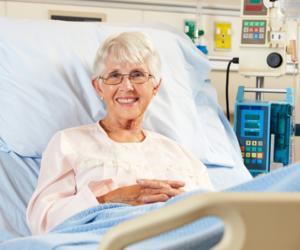 Can Low Blood Pressure be Serious?

What can I do to prevent low blood pressure?

Does alcohol cause blood pressure to drop?

How dangerous is low blood pressure for elderly patients?