Breast cancer is the most common type of cancer among American women, with the exception of skin cancers.

Breast cancer is the most common type of cancer among American women, with the exception of skin cancers. It is also the second leading cause of death among women, after lung cancer. The American Cancer Society estimates that there are over 3.1 million breast cancer survivors in the United States, including women who are still being treated and those who have completed treatment.

In the month of October, in honor of Breast Cancer Awareness Month, Jupiter Medical Center and the Margaret W. Niedland Breast Center introduced the Pink Chair Project. The Centers’ asked breast cancer survivors to paint a chair that represented their motivation while navigating through diagnosis and treatment. “The Pink Chair Project is a beautiful way to pay tribute to this group of courageous women, some of whom are newly diagnosed or living with metastatic breast cancer, while others are in remission. At each stage of their diagnosis and treatment, they have displayed courage and resolve. They truly are survivors, and we are honored to share their stories through this project and hopefully inspire others who are facing a similar challenge” said Dr. Nancy Taft, medical director of the Comprehensive Breast Program at Jupiter Medical Center.

A total of 29 chairs and survivor stories were showcased around Jupiter and Palm Beach Gardens. Some had beach themes, like the chair of breast cancer survivor Grace Carpenter, and others had floral décor, like the chair of survivor Jo Nagorka. One even had a blunt message written for the disease that stated: “Cancer, Kiss My A**.”

The Pink Chair Project also aimed to raise awareness about the importance of both women and men understanding their breast cancer risk, recognizing signs and symptoms of the disease, as well as getting mammograms on an annual basis. “We know that women have a greater chance of survival when their cancer is diagnosed early. Our hope this project will inspire all women to be screened for breast cancer on a regular basis. Early detection saves lives and transforms cancer patients into cancer survivors” said Dr. Orna Hadar, a breast imaging specialist at the Margaret W. Niedland Breast Center.

Turning a devastating diagnosis into a positive experience

Before her cancer diagnosis, Grace Carpenter admitted that she was unhappy and took for granted the sun’s beaming rays because she got caught up in life, just like everybody else. She was studying to become a funeral director and writing a paper when she felt a pea-sized lump in her breast tissue. As the weeks passed, the lump kept growing and Carpenter decided to have a mammogram. It was then that she was diagnosed with triple negative stage II and III invasive ductal carcinoma, at the age of 36. “When I was diagnosed, I made a decision to start living my life and become more positive about everything” she said.

Carpenter wrote up a piece of paper, which she titled “My ‘Saving Grace’ Checklist” and she began the check off the items on the list, including undergoing 33 rounds of radiation therapy, undergoing 8 rounds of chemotherapy, having a double mastectomy, and undergoing breast reconstruction. “I think for me the biggest growth and change for me has been spiritually within myself and wanting to live a life fuller than what it was before” she said.

Now, three years later, Carpenter begins her days greeting the morning sun at the beach. “My team of physicians and health care providers at Jupiter Medical Center saved my life, but the beach and nature have continued to do that. For me, the beach nurtures the healing process” she said.

With the help of artist Jordan Clemmons, the back slats of Carpenter’s chair for the Pink Chair Project were painted with a pink sunrise, sand and seashells filled the chair’s front, yoga figures striking various poses were seen on the left armrest, and a ying and yang was drawn with positive and negative words from her life’s journey. Speakers attached to the chair also emanated the sound of crashing waves.

Carpenter said that keeping a positive mindset and watching the sunrise is what keeps her mind, body, and soul healthy, after being declared cancer-free. “No ‘poor me’ attitude. I knew in my deepest soul I would be okay. People said ‘you are doing great,’ and I replied ‘No, I just showed up and stay positive” she said.

Treating each day as a gift

58 year old Jo Nagorka considered herself a positive individual before being diagnosed with stage 2B hormone receptive breast cancer back in 2013. The first time she broke down crying was when she found out that she needed to undergo chemotherapy. “First one, your body kind of goes into shock, but you get through it. The second one wasn’t so bad. But the third one is when everything kind of fell apart” she said. Nagorka lost her hair, she lost her strength, and her white blood cell count had diminished. She was advised to go to the ER at Jupiter Medical Center, where she was placed in isolation for 5 days. It took a total of two years for her body to recover.

This November marks Nagorka’s 5-year anniversary of being declared cancer free and she remains grateful. “I appreciate every day. Everybody I meet, that’s the most important person I meet because they are” she said. She gives off a sense of serenity in her personality and painting, a hobby that she loved as a child and one that she picked back up after her mother passed away in 2015. “You get lost in it. You do it and it’s fun” she said. Nagorka enjoys painting flowers, beach scenery, and various designs on children’s rocking chairs. Her hibiscus chair for the Pink Chair Project had some pink in it, but it was also splashed with purple, green, blue, and yellow colors.

Nagorka’s message to other women is not to put off tests, to trust their doctors, and to trust their bodies. “If something doesn’t feel right, it’s not right, so keep checking until you get an answer. And my advice is to LIVE every day!” she said. In a way, she sees life after cancer the same way that Carpenter does. “The sun goes up. The sun goes down. You’re still here to see it” she said.

10 Things to Understand When Diagnosed with Breast... 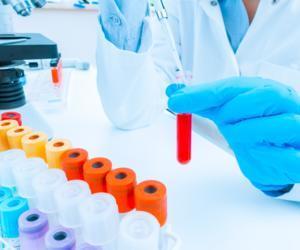 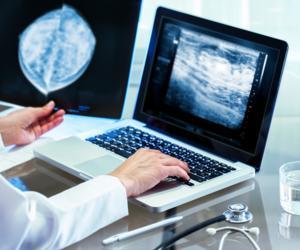 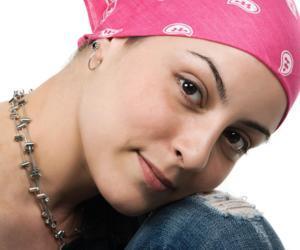