Sleep apnea is a common sleep disorder in the United States, although many people don't realize that it can be very dangerous. It is often called a minor sleep disturbance, without realizing the fact that it is associated with many life-threatening conditions.

Sleep apnea can increase blood pressure, the risk of diabetes, and is now regarded as an independent risk factor for mood swings and depression. But, worst of all, another risk factor of this sleeping disorder could be sudden cardiac death.

Cardiologists usually warn that if you often wake up during sleep, feel fatigue and have headaches during the day, then you could be at risk of sudden death. Most people do not understand that abnormal heart rhythm caused by sleep apnea is more often associated with sudden cardiac death, as compared to a heart attack. Sleep apnea has now been well recognized to increase the risk of developing various disorders of heart rhythm significantly, especially atrial flutter, which is the abnormal rhythm of the upper heart chamber.

Even though some symptoms of sleep apnea are quite common, it becomes worrisome if you are woken up several times in one hour because of breathing problems. If your breathing stops for more than 10 seconds and is repeated at least five times an hour, then you may have obstructive sleep apnea.

When sleep apnea is not treated for several months or years, there is an increase in the risk of cardiac arrhythmia and sudden death. Doctors suggest that it happens due to various reasons like a deficit of oxygen (hypoxia), high content of carbon dioxide in the blood (hypercapnia), changes in the internal chest pressure (as the person tries hard to overcome the respiratory obstruction) along with other factors that lead to extra stress on the heart, remodeling the electrical structures.

How sleep apnea raises the risk of sudden cardiac death?

While sleeping, all functions of the body slow down, thanks to the dominance of the so-called para-sympathetic system. However, if a person is woken up several times at night, the body just fails to activate this mechanism of a slow down, making the sympathetic system is hyperactive. If it continues for months or years, it can be bad for various organs, especially the heart.

Though our heart never stops working, it does rest at night by decreasing its activity. The difference between the heart’s activity during the day and at night is what we call cardiovascular variability. Higher variability is good for the health while diminished variability dramatically increases the risk of sudden death.

Prolonged episodes of respiratory obstruction and hypoxia cause our body to release various vasoactive substances that cause vasoconstriction. One such substance that has been identified is called endothelin. If released it can constrict blood vessels for several hours, and is also considered the primary culprit behind the high blood pressure in those living with sleep apnea.

Sleep deprivation and low levels of oxygen are harmful to various body parts and are known to be associated with higher inflammatory responses.

Repeated episodes of hypoxia, followed by hyper re-oxygenation of the body seems to cause oxidative stress.

Sleep deprivation, sympathetic hyperactivity, chronic inflammatory responses in the long-term may lead to various metabolic changes in the body, which may also cause insulin resistance.

Inflammatory responses, damage to the internal layer of blood vessels, all increase the risk of thrombotic disease.

When episodes of sleep apnea are repeated over several years, resulting in intrathoracic pressure changes, they finally lead to the remodeling of the cardiac muscles and electrical conduction system, thus increasing the risk of heart attack, arrhythmia, and sudden death.

While sleep apnea affects 3-7% of the population, it remains undiagnosed in a majority of cases. Some of the common symptoms are:

If you have these symptoms, it would be better to consult a specialist. Only a sleep specialist would be able to tell the severity of the symptoms and may recommend a test called a polysomnography.

What does the science say?

In one of the most extensive follow-up studies done till date, researchers monitored 10,701 adults for more than five years. They found that those suffering from sleep apnea were at much higher risk of sudden cardiac death. The study demonstrated that if oxygen saturation fell below 78%, it increased the risk of sudden cardiac death by as much as 80%. The study also found that those living with severe sleep apnea were two to four times likely to develop cardiac arrhythmia (abnormal heartbeat).

When analyzing the causes of sudden cardiac death with sleep apnea, investigators found various reasons like ventricular arrhythmia, myocardial infarction, pulmonary embolism, aortic dissection, and even subarachnoid hemorrhage. In rare cases the cause of sudden death may become apnea itself, which is when a person fails to wake up in reaction to a respiratory obstruction, thus resulting in irreversible brain damage.

So, if you think that you may be suffering from sleep apnea, it is important to get checked out. Just remember that sleep apnea can be fatal. It increases the risk of various heart conditions like hypertension, cardiac arrhythmia, and significantly contributes to the risk of sudden death. Fortunately, many of the studies have also shown the reversal of the damaging effects of sleep apnea, if treatment is initiated in a timely manner. 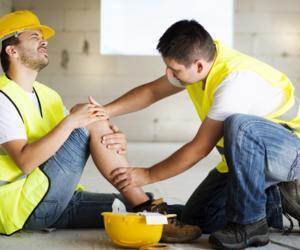 Sleep Apnea and its Influence on Fatigue in the Workplace 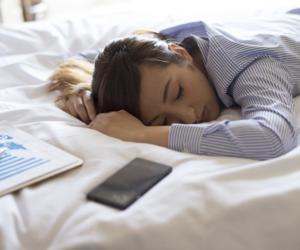 What Are the Causes and Treatment of Somnolence?

Can you have general anesthesia if you have sleep apnea?