New Findings from the Feinstein Institute for Medical Research

According to an article from United Press International, researchers at the Feinstein Institute for Medical Research have identified a gene variation, or polymorphism, affecting certain protein syntheses, and these findings may be beneficial for investigating the cause of lupus. “In animal studies, [Dr.] Diamond was able to show that females with reduced production of Blimp-1 protein lead to an increase in CTSS, resulting in an immune system that attack healthy cells…The findings could lead to potential treatments for lupus” (Wallace).

In addition to current studies about the particular cause of lupus, several research studies have interestingly concluded that there seems to be a connection between autoimmune diseases in general and cancer and possible reasons why. 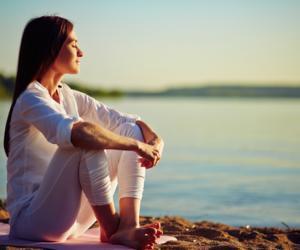 Understanding Lupus as an Auto-immune Disease

An auto-immune disease causes the body to overstimulate its immune response and thus inflict damage to its own cells. Particularly, lupus is when the body’s cells can no longer distinguish between itself and foreign substances which need to be eliminated, “The normal function of the immune system is to protect and fight off viruses, bacteria and germs by producing proteins called antibodies that are produced by white blood cells (B lymphocytes). With lupus, the immune system malfunctions and cannot distinguish between foreign invaders and healthy tissue. Antibodies are then produced against the body’s healthy cells and tissues, causing inflammation, pain, and damage in various parts of the body” (Medical News Today).

Like auto-immune diseases in general, then, lupus is a direct attack on cells which either need to live- or be more carefully regulated by moderated immune cells.

An important function of the immune system is to replace worn out or infected cells by building new ones and then killing the old ones with T-cells from the immune system or with lysosomes found in almost all of the body’s cells. Particularly, white blood cells by the name of CD4+T seem to have a critical role to play with immune function, “White blood cells called CD4+T cells play a dual role within the immune system. Some CD4+T cells activate immune responses, whereas others, called regulatory T-cells, function in the opposite direction by constraining immune responses. This duality is important because uncontrolled immune responses may result in immune system attacks against the body’s own cells and tissues…How CD4+T cells become either activating/inflammatory or regulatory is not well understood, according to the researchers” (National Cancer Institute).

Like every area of health, balance is key, and scientists have determined that autoimmune disorders can occur when certain genes are expressed or altered, and the result inhibits healthy cell moderation. Scientists have discovered that an abnormality of the specific gene they call BACH2 holds considerable weight over immune system function and determines to a certain extent whether the body keeps its immune response cells in balance or whether they become self-harmful. Commenting on the results of their study on field mice,“ ‘We found that the BACH2 gene played a key role in regulating the switch between inflammatory and regulatory cells in mice, ‘ said NIAMS researcher Kiyoshi Hirahara, M.D.” (National Cancer Institute). Furthermore, without BACH2, not only are the CD4+T cells unmoderated, but the body seems to lose its ability to produce regulatory cells, thus it is overcome by inflammatory cells, “The team found that if mice lacked the BACH2 gene their cells became inflammatory and the mice died of autoimmune diseases within the first few months of life. When they reinserted BACH2 (using gene therapy) into BACH2-deficient cells, their ability to produce regulatory cells was restored” (National Cancer Institute).

Too much inflammation, which obviously will occur without BACH2, results in autoimmune diseases like lupus, and unfortunately, these diseases show a correlation with cancer, “Many other autoimmune or inflammatory conditions are associated with increased risk for focal or organ-specific malignancies, and specifically, cancer of the organs targeted by the inflammatory condition…[however] cancer risk due to inflammation is not limited to areas within focal organ damage” (Franks &Slansky). Based on these findings, then, the presence of BACH2 would seem critical to regulating the immune system for the prevention of autoimmune disorders, including lupus, and ultimately cancer.

However, there is a flip-side to this argument: studies have shown that BACH2 promotes immunosuppression in tumors, meaning the body does not fight cancer as it should. A study found in the Journal of Clinical Investigation reports, “In this study, we have found that BACH2 is required to establish immunosuppression within tumors” (Journal of Clinical Investigation).

Even so, BACH2 is critical to the body and points to an interesting discovery: the regulation of immune cells heavily affects autoimmune diseases and cancer. If something is wrong with the BACH2 gene, or if other genes are “turned on” which shouldn’t be, then the body becomes inflamed and allows self-harmful cells to flourish, and the result is autoimmune diseases like lupus and/or cancer.

The Control Lies on the Dinner Table

If strange expressed genes create an unruly immune system which in turn causes lupus, then the next question would be how are these genes turned on?

Genetics is an all-consuming study with plenty of variables, and scientists are constantly trying to figure out how much control people have over their genes, to what extent identity is predetermined by chemical makeup or chosen. The good news is, scientists have found the answer to be a bit of both. While no one can choose if their eyes are blue or green, research seems to indicate people can make choices to actively influence gene expression. The main method? The choice of food.

In 2011, The Norwegian University of Science and Technology (NTNU) conducted an experiment that concluded that diet holds considerable sway over gene expression- particularly ones influential in autoimmune disorders. Professor Johansen commented, “It’s not like there is a gene for inflammation, for example. So what we look for is whether there are any groups of genes that work overtime. In this study, we saw that an entire group of genes that are involved in the development of inflammatory reactions in the bodywork over time as a group…Genes that are involved in type 2 diabetes, cardiovascular disease, Alzheimer’s disease, and some forms of cancer respond to diet” (Johansen).

Since diet considerably influences autoimmune diseases and cancer, what foods are recommended? The internet abounds with such information, and all seem to come to a common consensus: culture today needs more anti-inflammatory, alkaline-based foods. Balance is key, and the modern person already consumes his or her needed portion of inflammatory, acidic foods. General society doesn’t need to make a point to obtain foods like sweets, meats, and high-fat, high-sugar dairy; however, society today is suffering from a lack of foods like spinach, kale, nuts, fish, low-fat dairy, and berries. For more information on anti-inflammatory foods, read “30 Best Anti-Inflammatory Foods” online at Eat This, Not That!

Are lupus and cancer fights for balance in the body? The evidence seems to point in favor of that theory. Hopefully, in a few years, researchers will be able to pinpoint the exact causes of lupus and cancer, but from what is known now, gene expression, especially abnormal expression of BACH2, and the resulting immune system imbalance are considerable factors which thankfully can be influenced by diet.

Are there any treatment methods for lupus? 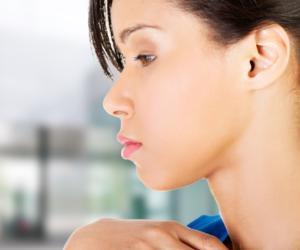 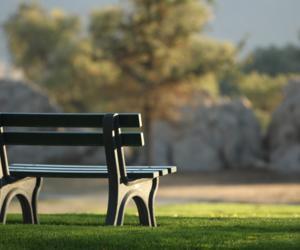 Lupus and Depression: It's Not Just Sadness 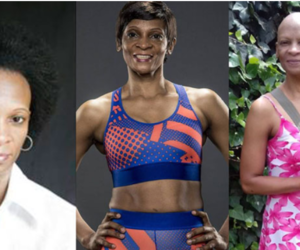 Can Lupus Cause Stress and Depression?