Learn how arteries and veins work, and what makes them so unique, essential and different.

Arteries are located deep in the body and have thick walls. Since their walls are thick and oblique muscles, they are highly elastic. When the heart contracts, pressure is exerted and blood flows from the arteries. This is why in the veins a pulse is not noticed but in the arteries it is noticed. This pulse can be checked by a physician by touching the carotid arteries present in the neck or the arteries present in the wrist. Arteries have reddish brown blood and this blood is filled with oxygen and nutrients. There are two types of arteries, pulmonary and systematic. When arteries branch, it gives rise to arterioles that help to transport blood to parts that the arteries cannot reach. In smaller parts of the body where blood is not able to be reached by arteries, their arterioles supply blood.

Veins - have thin walls and in the body they are superficially located. Veins are located below the skin in the hands, arms, and thighs. In these areas the veins are easily visible. Under the influence of capillary action, the blood flows in the veins. The blood that flows in humans is flowing against the gravitational force. In the inner walls there are valves so that the back flow of blood can be prevented. When the blood tends to flow downwards, these valves will close. Blood will always flow in one direction. The color of the blood in the veins is bluish red and the concentration of urea, carbon dioxide, and other waste is high. There are two types of veins, pulmonary and systematic. They can be deeply situated or can be superficially situated. 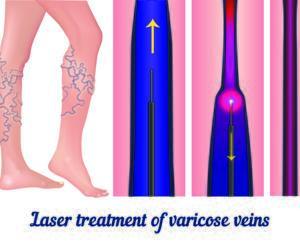 Varicose and Spider Vein Removal With a Laser

Have a question aboutVeins?Ask a doctor now

Function of arteries and veins

The basis of the circulatory system is formed by arteries. By means of blood transporting oxygen and nutrients to the body's cells, which is the main function. The main functions of the arteries include supporting chemical balance, eliminating carbon dioxide, enable movement of proteins, and other substances.

Deoxygenated blood is carried by the veins. They carry the blood to the heart from all the body parts. Umbilical veins and pulmonary veins are the two veins that perform different functions.

Differences between arteries and veins

Due to pressure, blood is received by the arteries. However, this pressure is lacking in the veins.

These are the differences:

For body’s physiological needs oxygen serves as a fuel. Every cells, tissues and body organs receive blood only when the heart pumps blood. The bloods vessels consist of arteries, veins and capillaries. Through them nutrients and blood travels to other body parts. Often the blood vessels are like the tree branches. Aorta is the main artery of the body and it branches into smaller blood vessels. The keep branching till fine blood vessels known as capillaries are formed. Due to their fine size it is easier to distinguish the capillaries. In general, the basic structure is almost the same in all three blood vessels. They consist of three layers:

In one study the effect of hydralazine was observed on arteries and veins and it was found that arteries were more sensitive to it. Even though the basic structure is the same but still there are some differences. In order to adapt situations and to enable proper functioning all these three blood vessels have been morphologically modified. Following are some differences with respect to their characteristics, structure and function:

In order to understand the nature of the arteries and veins and their physiology one should decipher the differences between the both. This knowledge will help in therapeutic advancement and many therapies and treatment methods can be improved by this method.

Should I Be Concerned About A DVT?

More from FindATopDoc on Veins

What does it mean when your veins hurt? 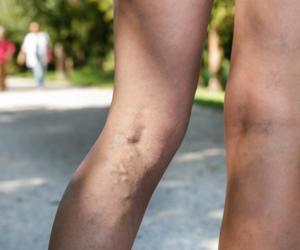 Flaunt Your legs – Get Rid of Varicose Veins

Flaunt Your legs – Get Rid of Varicose Veins