The testes are paired male sex glands located below the penis, held in place by a thick spermatic chord and enclosed within the loose folds of scrotal skin. These glands produce sperms (the male sex cells) and testosterone (the male sex hormone), both fuel the sex drive and contribute to reproduction. Testicular cancer occurs when the germ cells within the testes stop making sperms and instead replicate copies of themselves which become tumorous masses.

The signs and symptoms that are unique to testicular cancer 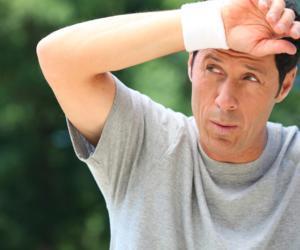 Treatment options are influenced by factors unique to testicular cancer

The kind of treatment plan that is suggested after the diagnosis of testicular cancer has to be tailored specifically to suit individual needs and hinges on the following factors:

Unlike many other forms of cancer that affect the body, testicular cancer has a very low mortality rate. The improved survival rate is mainly due to the availability of varied treatment options that are effective in overcoming the symptoms and eliminating the underlying problem. Testicular cancer can be aggressively treated through surgical removal of the testes, chemotherapy, and radiation, or combinations of these options that effectively eliminate tumor eruptions.

This is the commonly followed operative procedure which involves removing one or both testicles through an incision made in the groin through which the testes and spermatic chord are gently eased out.

Before severing the spermatic chord, which supplies blood vessels and nerves to the testes, the surgeon has the option of extracting a sample of suspected tumor cells for a laboratory analysis. The surgeon proceeds with testes removal only if the lab tests confirm the malignancy.

Once malignancy is detected and confirmed, the spermatic chord is cut and the testes are removed, permanently eliminating the source of the tumor threat.

If cancer has moved to the abdominal lymph nodes, the surgeon may opt to laparoscopically remove these nodes in the abdomen to prevent cancer from reaching the lungs.

Side effects of testes removal

The surgical removal of the male sex glands drastically diminishes testosterone production which may lead to various side effects.

Retaining one testicle (if that is feasible) eases the severity of side effects. Testosterone replacement therapy is useful in combating the adverse effects of orchiectomy.

Using high-intensity gamma radiation beams is a powerful option for tackling cancerous growth. The aim is to kill or stunt the growth of tumors. In testicular cancer, radiation is less frequently used for targeting testicular cancer cells. Radiation mostly enters the picture after removal of the testes and is directed at the abdominal lymph nodes to prevent cancer cells from spreading further into the body.

Side effects of radiation

In the short term, radiation may cause tiredness, feeling of nausea and bowel disruption. Long term effects include infertility and damage to blood vessels, healthy tissue and the organs adjoining the lymph nodes. If one testicle is retained, it may be provided with a protective shield to prevent radiation-induced tissue damage.

As with radiation therapy, chemotherapy is an option which is exercised after the surgical elimination of the source of testicular cancer - the testes. Just like radiation therapy, the purpose of chemo is to check the growth of tumors and prevent cells from migrating to other parts of the body like the lungs, liver or brain.

Unlike radiation therapy which is localized or limited to targeted cells in active tumors, chemotherapy is a systemic kind of medicine where potent drugs are introduced intravenously into the blood stream. This is done mainly to target tumor cells that have broken away from the main mass and have migrated to organs like the lungs and liver.

Lymphatic nodes which form the entry point for cancerous cells are targeted in chemotherapy. If a single drug proves ineffective, a combination of drugs may be used to aggressively attack the cancer cells. One example of combination chemotherapy is BEP, an acronym for Bleomycin (Blenoxane), Etoposide (Vepesid, VP-16) and Cisplatin (Platinol-AQ), which are powerful cytotoxic drugs mostly used for treating testicular cancer. These drugs not only act against testicular cancer cells but also protect organs like the lungs and brain from collateral tumor cell growth.

Because chemotherapy damages healthy tissue in a limited way, the drugs are administered in cycles with intervening periods of rest, giving the body some time to rejuvenate itself. Advanced stages of chemotherapy may require higher radiation levels which destroy stem cells, the building blocks for growing new tissue. To prevent this, stem cells are harvested from the blood of the same patient prior to chemotherapy for replacement at later stages.

Side effects of chemotherapy

Chemotherapy works by attacking cells that rapidly proliferate like tumor cells. The downside is that other healthy and fast growing cells in the bone marrow that replace blood cells, cells lining the mouth and gastrointestinal tract, and the hair follicles in the skin also get damaged during chemotherapy. This causes a slew of side effects including:

When detected early, testicular cancer can almost always be cured.

How is Testicular Cancer Diagnosed? 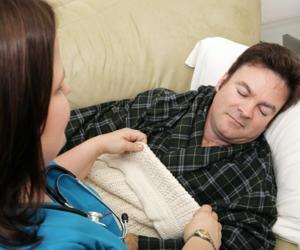 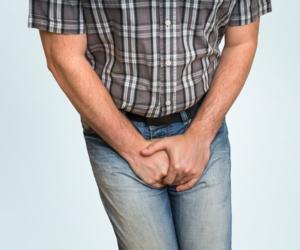 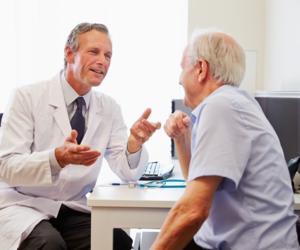 Do I Need My Testicles Removed If I Have Testicular Cancer?