No matter what is against them, throughout history humans have proved time and time again that they can push past beyond their limits. Society has continue to defied odds, against prior dispositions and against what was ever imaginable by all of humankind.  The stories that make up this very phenomenon come from people who have overcome their own physical or mental constraints through a combination of determination, strength, and execution.  A story that shares some of these qualities occurred in Oct. 2017, in the town of Columbus, Ohio.

A 10 year old boy by the name of Jackson Maynard from Dublin, Ohio, with the help of employees from the Nationwide Children’s Hospital, completed the Columbus Marathon.  For any 10 year old, this would prove to be a rather impressive feat, but in the case of Jackson Maynard, the completion of the marathon means so much more, due to the fact that Maynard was diagnosed with Duchenne muscular dystrophy at the age of 5. 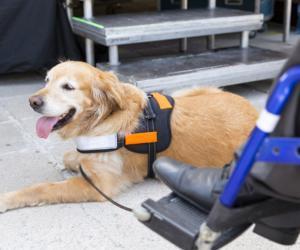 Jackson Maynard was given the amazing opportunity to complete what is to many a glorious feat of willpower and perseverance.  Alongside the Nationwide Children's Hospital employees, Jackson was pushed across the finish line, where he was greeted by his mother, Kelly Maynard.

Following the completion of the race, she states, “It doesn’t get bigger than a marathon… He wakes every morning with a smile on his face when most people wouldn’t have anything to smile about. He’s the funniest kid I know and the bravest kid I know.”

Maynard’s action in being a part of the marathon served a variety of glorious benefits.  As the large number of runners that day set off on their 26.2 mile run, Maynard served as a great inspiration.  Those around him used his valiant statement as the fuel they needed to complete the long and grueling run.

When asked about Jackson Maynard, Dr. Kevin Flanigan, a doctor at the Muscular Dystrophy Clinic commented, “Jackson is an absolute inspiration to me… He’s an inspiration every time he comes to the clinic.”

Maynard’s accomplishment did more than inspire, but rather made a profound statement for those around the world who have been diagnosed with any form of muscular dystrophy.  With this achievement, Maynard has paved a hopeful future those like him, and serves as a reminder for all that life really is what you make it.

Other organizations joining the fight against muscular dystrophy

Over the years, there has been a growing awareness for the misfortune and potential hardship that any type of muscular dystrophy can bring on.  The growing spotlight on the condition has been thanks to the tireless efforts of various organizations across the nation and the globe.  Each organization has had a different approach in how they strive to bring meaning and goodness to the muscular dystrophy community, whether it be through sponsored walks, the “make a muscle” campaign,  as well as a variety of other efforts.  While each organization differs, they all have the same goal in mind, which is to provide research and support for those that have been diagnosed with muscular dystrophy.

Of the many organizations, some of the groups that have formed to fight for the cause have included the Muscular Dystrophy Association (MDA),  National Organization for Rare Disorders (NORD), Parent Project Muscular Dystrophy, and Cure Duchenne.  Each organization's site highlights the progressive research now being done, and also gives individuals the ability to donate to further the research being done for the various types of muscle dystrophy.  Most sites will also announce their upcoming events to promote awareness for the condition, showcasing a number of galleries for viewers to recognize their efforts in fighting for the cause of curing muscle dystrophy.

Following the completion of the Columbus Marathon,  Jackson Maynard and the Nationwide Children’s Hospital employees that helped push him across the finish line, helped to raise a total of $26,000.  The effort shown by the team and Maynard shows just how far someone’s care and appreciation can go.  In addition to this, it reveals hope for the future of research regarding muscular dystrophy.  With funds such as the amount obtained at the marathon in Ohio, more research can be done, which will ultimately make a great impact on kids such as Jackson Maynard and beyond.

Muscle dystrophy is a genetic disorder that includes a variety of different types, but is summed up as a disease by which the body weakens over time, as the muscles progressively lose mass.

Muscle dystrophy originates from mutations that ultimately disable the production of the muscle proteins essential for producing as well as maintaining healthy muscles.  The region in which the mutations become present are on the X chromosome.  Although the different types of dystrophy come with a different set of mutations, all forms disable the body’s ability to produce what is known as dystrophin.  Dystrophin is a protein responsible for constructing and repairing muscles.   The disease is genetic, and is more likely to be seen in individuals who have a family where muscle dystrophy has been present.

Everest to End Duchenne: A Journey Against Duchenne... 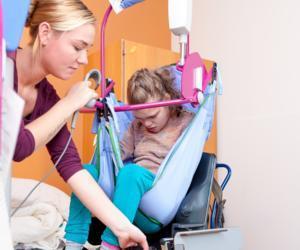 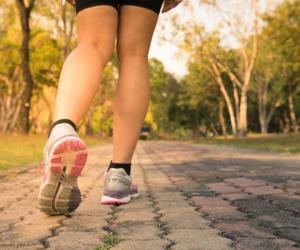 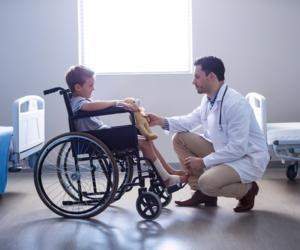