Type 1, Type 2 and gestational diabetes have long been believed to be the major and most popular forms of diabetes to be diagnosed. Everyone understands that the most common forms, type 1 and type 2, result from insulin-related issues in a patient, while gestational diabetes is present in pregnant patients.  In recent years, a new type of diabetes, type 3c, has become a new form of diabetes, but unlike the other forms, it's more commonly mistreated and misdiagnosed.

Type 1 diabetes is when the pancreas is unable to produce insulin. The condition is usually diagnosed in childhood and as such, type 1 diabetes is more common in the younger audience while type 2 diabetes is more popular in adults, and it is the result of the pancreas' inability of to make enough insulin within the body. However, type 3c has many symptoms that are often misdiagnosed and it primarily begins with a damaged pancreas. Researchers have also revealed that the pancreatitis condition is one of the leading causes of misdiagnoses of type 2 diabetes in patients, who are actually suffering type 3c. 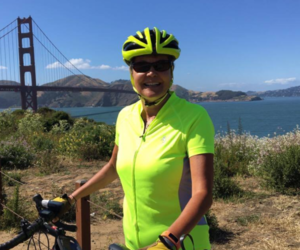 Grandmother with Diabetes Bikes Across the Country

Type 3c diabetes is also referred to as pancreatogenesis diabetes, and it is not as popular as the more profound forms of diabetes. Type 3c diabetes will usually develop when the pancreas is inflamed or when some of it is removed, which subsequently leads to a complete stop in insulin production. A number of other disorders may lead to type 3c diabetes, some of which include:

For type 3c diabetes patients, there is a high insulin requirement, but a study has found that many patients can benefit from taking digestive enzyme tablets with an alternative treatment that is distinct from type 1 and type 2, and mainly focuses on pancreatic activity.  So, the importance of a proper diagnosis and the correct identification of the type of diabetes symptoms present in each patient is imperative because of its effectiveness in the proscription and prognosis of correct treatments.

As the condition has been mostly misdiagnosed as type 2 diabetes, treatments will be found to be ineffective, such as the case of the application of gliclazide, which works well for the former and less effective for the latter. Misdiagnoses can therefore waste the time, effort and money of the patient who is using treatments that are ineffective since the patient is still suffering from type 3c diabetes and high levels of blood sugar.

In exocrine pancreatic diabetes, there is a reduced production of insulin, which is a consequence of the beta cell dysfunction that accompanies the pancreatic inflammation or absolute loss of beta cells. Additionally, the pancreatic polypeptide regulates the expression of insulin receptors in the liver, as well as the loss of these proteins that may cause a hepatic insulin resistance; the hepatic insulin resistance is one of the most important physiological differences existing between type 1 diabetes and diabetes related to the exocrine pancreas.

Type 3c diabetes is also characterized by severe hypoglycemia. This condition has been linked to the diminished production of glucagon from the pancreatic beta cells. The inability to recognize this alteration in physiology can result in suboptimal treatments, while newer incretin-based agents would be deemed as contraindications due to the presence of pancreatic damage. Insulinopenic patients that are suffering from exocrine pancreas diabetes may be deemed poorly compliant should they be misdiagnosed with the type 2 diabetes condition and demonstrate resistance to the use of antihyperglycemic agents.

Conclusively, exocrine pancreas diabetes significantly differs from conditions such as type 1 diabetes and type 2 diabetes. In order to ensure adequate treatment and management, proper diagnosis should be made to investigate and ascertain the condition. Type 3c diabetes is mostly diagnosed as other forms and patients tend to receive treatments that are ineffective. To correct misdiagnoses, doctors are advised to learn about the health history and cases of pancreatic disease within the patient when they first diagnose them, as well as considering the possibility of exocrine pancreatic diabetes rather than ruling it out entirely.

What is used to test for diabetes?

What are the medications recommended to treat renal...

What should the diet of a diabetic patient ideally...